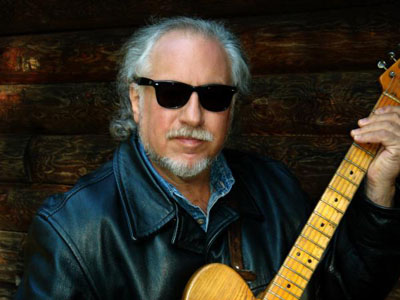 Founded in 1979, the Sacramento Blues Society is one of the oldest blues societies in California! The SBS keeps the blues tradition alive and well in the Sacramento region by promoting upcoming shows/performances, bringing renowned artists through town and offering educational opportunities for the youth with their “Blues In the Schools” program. On Dec. 6, 2014, the Sacramento Blues Society is celebrating their 35th anniversary with a party at VFW Post Hall 67 (2784 Stockton Boulevard, Sacramento) that will feature longtime Muddy Waters band member Steady Rollin’ Bob Margolin. Margolin is a blues guitarist and singer who travels the world as both bandleader and guest for legendary and contemporary musicians. He played guitar with Muddy Waters from 1973 to 1980, has won many awards (most recently in 2013 the Keeping the Blues Alive Award for Journalism, appreciating his 20 years writing for Blues Revue) and he has been recognized for years as a major force to be reckoned with in the blues guitar world! Also performing at SBS’ anniversary show will be master harmonica player Bob Corritore and Stockton’s own Jeramy Norris and The Dangerous Mood. The party kicks off at 3 p.m. and is $25 (SBS members are free). Learn more about the Sacramento Blues Society and sign up for their info-packed weekly newsletters at Sacblues.com.