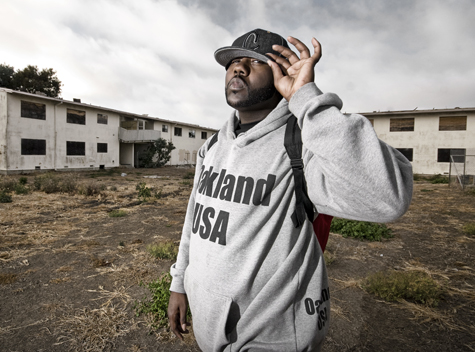 Mistah FAB breaks past ties and forges a new route

On the heels of the hyphy movement of the mid-Aughts, Oakland rapper Mistah FAB struck gold with the single “Ghost Ride It” in 2006. With its lifted Ghostbusters theme synth line and instructions on how to “ghost ride the whip” (which is such a dangerous hobby that I’ll refrain from describing it for the kids’ sakes), “Ghost Ride It” earned Mistah FAB a contract on Atlantic Records.

He inked the major label deal in 2007, but his anticipated album Da Yellow Bus Rydah never saw a release date. When I asked FAB whether he still ghost rides the whip for nostalgia’s sake, he said, “Naw, man. It’s too dangerous now.

“I’m not trying to make it seem like I’m some old-ass critic,” he said. “I’m 28. My mind is just not there anymore. I don’t even like going out much. I’m an old-ass young man. Going out is boring to me now. I have a daughter, and my main thing is getting home to her.”

Last month, FAB dropped his I Found My Back Pack mixtape, which was rooted in the traditional boom-bap hip-hop vibes, instead of the Bay-centric sonics synonymous with his style. With a new album title for his next official release, FAB talked about the changes in his style, his attitude toward music and the changes in Bay Area music.

The I Found My Back Pack mixtape is neither a sound nor style typically associated with your music, but you’ve always had ties with the backpacker community. Why did you commit a mixtape-worth of material to that style?
Even when hyphy was in its glory days, the albums I put out during those times still had songs that showed ability and a plethora of styles. Unfortunately, what was popular at the time took away from my ability to be creative and speak to the artier hip-hop fans.

It’s been a while since I wanted to focus on that craft. Not only to display my ability, but to just prove to myself that I could still make music that doesn’t have to glorify diamonds, clothes, cars and materialistic items, nor do I have to be on the club scene.

Have you paid much attention to reactions to the mixtape and this new direction?
I’ve enjoyed it. I love the mixed emotions. I love that people are still shocked and say things like I didn’t expect you to do that, which is unfortunate. After all, what’s an artist if he’s not able to reinvent himself, be creative and give people something new to talk about? I love the fact that people are still able to have things to say about me.

From researching the projects you’re working on with Alchemist and DJ Drama and listening to your recent interviews, it feels as though you’re in the middle of a significant change in your career. Especially since your next album will no longer be titled Yellow Bus Rydah, but Liberty Forever.

Life is about growth. Life is about change. It’s about accepting some of the areas you indulged in and admitting faults… With the changes I’ve made musically, if I was to put the album out with the title Yellow Bus, before listening to it people would assume it would be on one of the previous styles I was on and wouldn’t give it its fair shot.

The name of the album is actually the name of my daughter, Liberty Forever. But as for the direction I’m going in, I don’t feel like I’m at fault for it, but I definitely influenced some people to do some negative things. As well as some things I’m pretty sure they wish they didn’t do. It was a wonderful moment. We had fun. We enjoyed it. Some weren’t able to bounce out of it and grow out of it, but it’s like when you’re in college and you’re a wild party animal. Then you see some friends years later and they’re like, “What’s up, bro. Let’s go party.” But you’re like, “Naw, I’m a businessman now.” I’m not trying to say that I’m better, but this ain’t college no more. You know?

That explains my growth; like a frat bother growing up. We had fun, the college days [the hyphy days] were great. Now we’re on the business route.

You’ve reached a point where it’s no longer enough for people to associate you with a Bay sound or hyphy, but as an artist known nationally and not pigeonholed as a regional act, is what you’re saying?
I’ve always had an ability to work with everyone. On my Son of a Pimp album I had a beat by Kanye West, but it stayed under the radar. I am known by the name. I might not be an in-house name to the fans and everyday people, but the landlords know me. It allows me to work with different artists.

On my new album, whenever it does come out, cats like Lupe Fiasco, Rick Ross, Bun B, Snoop Dogg and Jadakiss are on there. I’m working with people’s favorites. It’s very humbling to grow up listening to these guys, wanting to be like some of these guys and now they view me as a peer.

Are you still on Atlantic Records?
I’m not. I’m going through the final stages of this release. But I’m able to make more moves this way. It’s no hard feelings. They gave me an opportunity I didn’t capitalize off of due to surrounding things going on in my life. There’s no excuse for it. Atlantic is a great label. It’s a growing step. I’ve graduated in my maturity to realize that some things I missed because I was immature, not ready for certain challenges–challenges that I am ready for now.

You’ve always struck me as an artist that, despite your deal not working out with Atlantic, you could sustain purely on your live performances and self-released material. I’ve always thought that spoke volumes of your identity as a self-made man.
I appreciate that, man. That’s always been the most significant part of my career, my ability to do a live show as well as continue to create. Unfortunately a lot of artists get idle in their creative processes when they’re awaiting major albums or signed to labels. They just get lost in the sauce. Their relevance erodes. Fortunately for me, I’ve been able to stay relevant on pretty much all levels–the Internet, thank God for the Internet. Sites like Twitter and World Star Hip Hop allow artists free promotion. Shouts to all the blogs that post my new songs and continuously show me love.

It’s my work habit too. I’m addicted to the music. I’m in the studio constantly. I have libraries of music. So it’s nothing for me to put a project together just to sell at shows. For this tour I’m about to be on, I put together a freestyle mixtape. I’ve been able to financially survive. I love my art, but love doesn’t pay bills. What pays bills is hard work and dedication to creating a product and selling yourself–not literally–to keep yourself relevant.

How do you feel about the emergence of Lil’ B in the Bay Area and his elevation to the national spotlight?
I love Lil’ B. When he was 13 or 14 years old, I first recorded a song with [The Pack] and I will always support Lil’ B. I feel that he’s a marketing genius. People are so judgmental on artists that they critique him without even meeting him. He’s established a lane for himself that no one else was covering, no one else was worried about, no one else had even thought about. I don’t see anyone giving him credit for reinventing himself. He turned himself into an entity and made a brand out of himself. The people are ignoring that. We’re in a game where marketing and strategizing of commerce is something that should be saluted, and no one is giving him credit. It just shows you how selfish people are. It’s just disgusting to look at the way people view him.

My concern is it seems that every time an artist from the Bay gets the push into the national spotlight, there’s encouragement at first and then it gets cannibalized by backlash.
I want to shout all the Bay area fans who are haters. They’re like a selfish kid. You know how a kid will have a lot of toys, but then there’s the one toy they never play with that strikes big? They want to say, “That’s my toy! That’s my toy! I had that toy first.” Then it becomes, “That toy’s old. Fuck that toy now. I hate that toy.” It’s like goddamn, bro, are you serious right now? The world finally gets a chance to see what we have and all of a sudden you want to start hating? 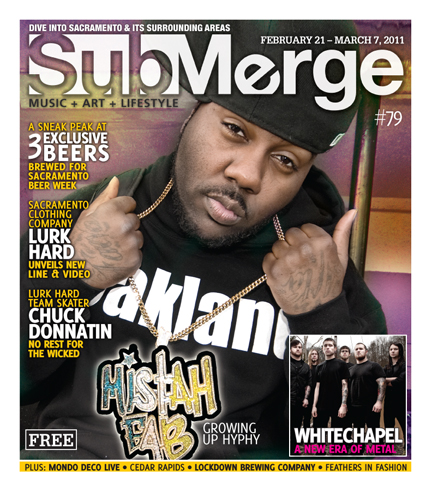