Still Searching for the Sacramento Sound 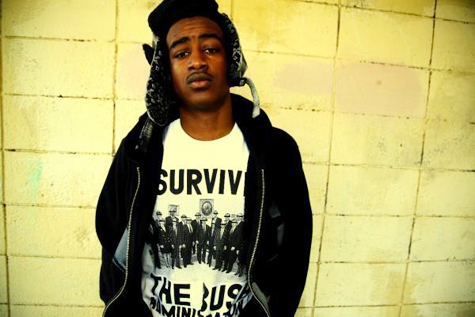 The femme-bot voice from A Tribe Called Quest’s classic album Midnight Marauders taught me that seven times out of 10, we listen to our music at night and that “marauder” means someone who loots. Tribe was marauding for listeners. Sacramento’s Nicatyne is out for the remaining 30 percent with MidDay Marauders.

At 21 years old, the Natomas producer-on-the-mic has produced two solo albums, a collaboration album with JoEL and two records with Illecism–both of whom are members of Fly High crew. In a sense, MidDay Marauders is Nicatyne’s sixth record, which is an impressive resume at such a young age. His flow is not as swagged-out as E-40’s braggadocio, but Nicatyne bears some style similarities that make MidDay Marauder feel like shark bites (as in the faux pas of “biting”) on the Bay Area. As Nicatyne states on “12s,” a dedication to 12-inch speakers, there’s only one reason his music has that bass for your trunk: “I knock because I got–12s.”

The album title will feel deceiving, given the young rap community’s recent insistence on reinterpreting the golden age classics (i.e. Fashawn’s Ode to Illmatic). MidDay Marauder is not one of those records.

Nicatyne, like many producers who rhyme, is better at one of his trades–the reason the term “producer-on-the-mic” was coined. Opener “One Morning” is abstract and minimalist with its plumber-banging-on-pipes percussion and dog bark samples, while the East Indian bounce of “Dhalsim” (featuring JoEl) has anthem potential with its “My cash stretch like Dhalsim” chorus chant. Nicatyne’s soft-spoken and nasally flow on “My Way” meshes well with his crawling production that rides a pixie-like vocal sample. Five songs deep into the record, Nicatyne is on a creative tear, but “The Man” disrupts the momentum to a point that the album never recovers its swagger.

Nicatyne lags into whatever rappers are calling the clubby-hyphy style songs these days. Slap? Blap? Someone call it. No matter the slang, I am not ready to accept the track “Deaf Star” and its Comic-Con-meets-night-club format.

MidDay Marauder closes strong with “It’s a Wrap,” which features Illecism, and the barbershop-slap of “Real Banter” is another minimalist banger built around a phrase that might replace “real talk.” The not quite chillwave, not quite R&B production on “Forever” is a close call between lapsing into the corny side of The Dream or the trendy side of Nite Jewel–either way I’ll be answering for that comparison in hell.

I’m still waiting for a Sacramento record that feels as though it was conceived strictly with a Sac-Proper state of mind. An identity crisis is spreading like a plague on the scene. It’s time for a sound to be identified as pure, instead of pandered toward the greater Northern California region.