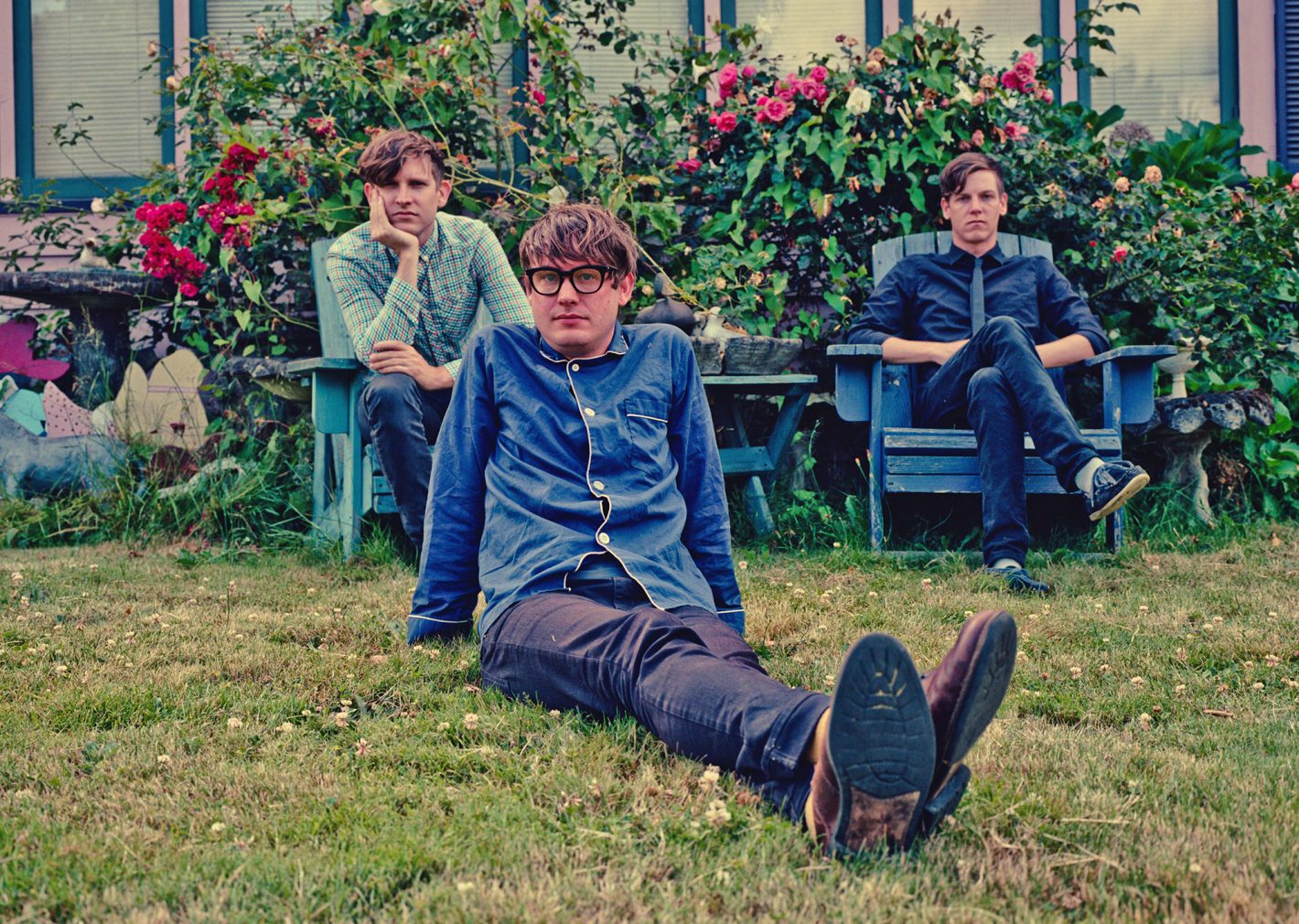 For a wide swath of the country’s electronic music lovers, Portland’s Starfucker is a bit of an anomaly. Consider first the group’s somewhat reluctant allegiance to its own name. The edginess of the Starfucker moniker had in fact started as a sort of rough experiment by primary songwriter Josh Hodges to see how far, if at all, such an abrasive handle could go. Before they could find out, the band made a publicized switch to the name Pyramid, which was soon after morphed to Pyramiddd.

The band returned to its original name of Starfucker in 2010–though they augment it arbitrarily to STRFKR depending on the phases of Jupiter’s moons (kidding)–no worse for the wear, and have finally put all that goddamn name rigmarole behind them.

Reptilians, released in 2011 on the Chicago indie label Polyvinyl, is Starfucker’s most ambitious album to date. Reptilians continued Hodges’ sweeping new wave melodramas with auditory bits of pop-rock panache, typically morbid lyrical swipes and snippets of lectures by famed British philosopher Alan Watts. The album was the first for the project that included a more collaborative approach between all of the band members, though to pinpoint at which intervals would have been difficult given Hodges’ somewhat ironclad creative grip.

A year-and-a-half removed from Reptilians, Starfucker is hitting the road again for a fall tour at the tail-end of engineering their second release for Polyvinyl–an as-yet-untitled, 15-track LP that Hodges explains is similarly dark, similarly upbeat and plain old similar to his band’s prior output. It’s a good thing, then, that said previous output is so unfairly catchy. To boot, Hodges tells Submerge that Starfucker’s new album–to be released in February 2013–is the band’s most collaborative effort to date. 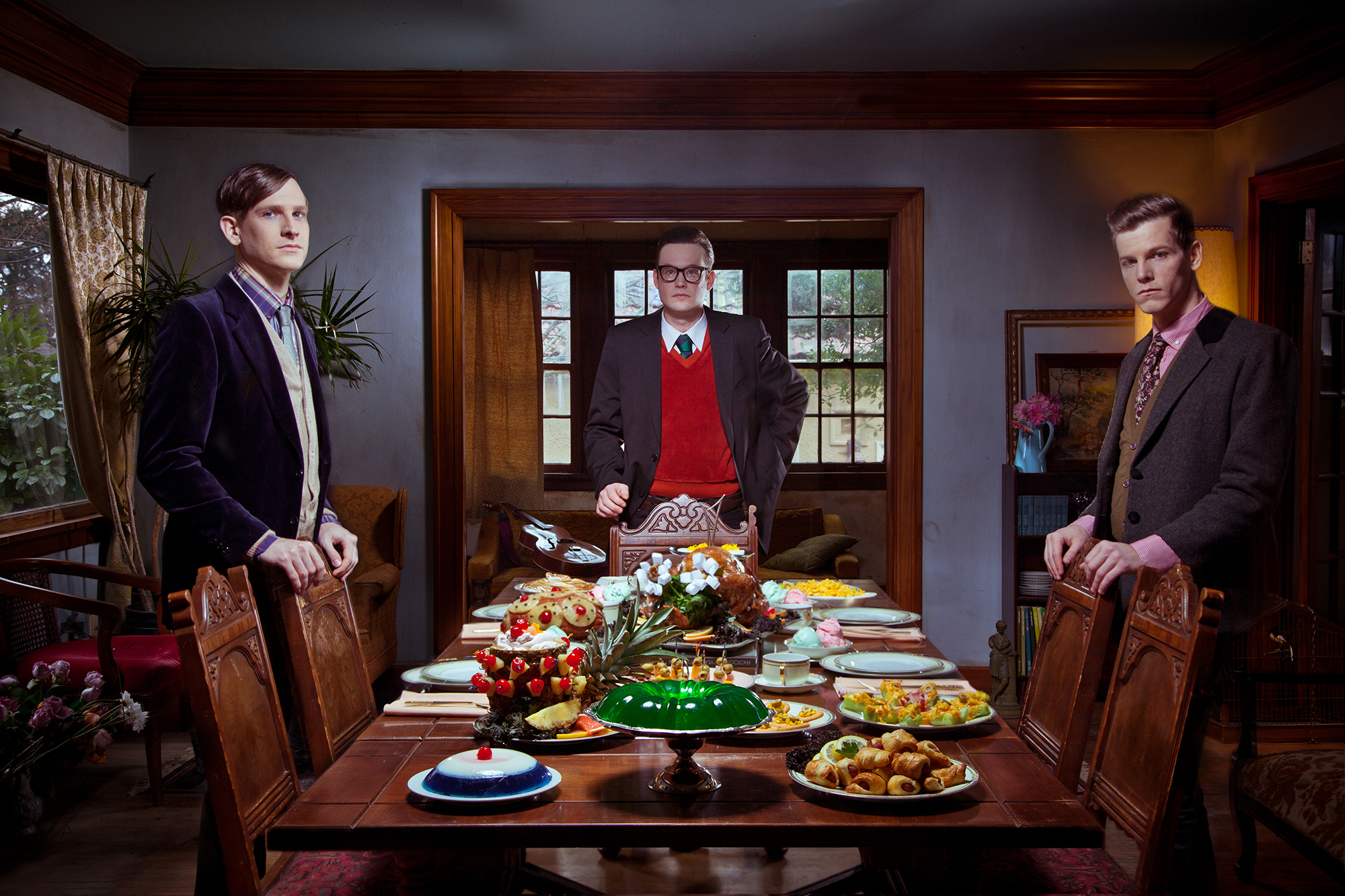 Reptilians dealt with a lot of darker kind of imagery, but retained an upbeat, dance-y ambiance throughout. As a songwriter creating through a pop prism, how do you reconcile that dichotomy?
I think they go together well. Every one of our albums has been like that, but this new one is probably even darker. I just like to write about what I think about, which is death and change. The way our society is, and the way we all think about living is silly considering how people often say, “Oh I would have changed things if I’d known I was gonna die, and not cared about so much bullshit.” We all know [we’re going to die]. In one way or another that’s what the lyrics are always about. I mean, it’s still fun to dance. When I started Starfucker, I was bored of going to shows. The way that it’s interesting is if you can dance–even if you’re into the music–you can still have a good time. Or if you don’t dance, and end up at a dance-y show with your friends, the music is still songs you can listen to that are saying something and not just techno music. The songs are definitely focused on making music that’s fun to play live. I think they go together well, to talk about potentially dark things and then have music be lighter or hopeful. I’ve always liked that and like when other artists do that.

Did you grow up listening to electronic pop bands that had that more cerebral, thematic motif?
I didn’t really. I didn’t like electronic music when I was growing up. I just got some keyboards and thought, “Oh this is actually really cool.” I think I always liked darker music. I think with Starfucker, a big part of it is listening to it at home and reading the lyrics, but then a lot of it is emphasis on the live show, and on living right now and getting a break from the boring stresses in life. It’s nice to go to a show and forget things for a minute, especially if dancing is your thing.

I would imagine on tour, any time the conversation errs outside of “how’s the tour going?” must be refreshing.
Yeah, totally. It’s super refreshing.

What new fascinations or themes have you been focused on since Reptilians’ release that you may explore on your next album?
It’s a lot of the same stuff, just a different take on it. It’s a bit darker, but still really playful. There’s a lot of dream references in it, too. I had dreams where I was dying and laying on my death bed that seemed real. Patrick has really crazy dreams, too. I guess death and dreaming…

Is it a scenario where those themes are driving the direction of the music in any way?
Yeah, maybe. It’s still upbeat; it’s still happy. But there’s just a little darker stuff on this one than the other albums. It’s longer than the other albums, too. There’s more diversity. More than half of the album has more organic instruments on it, and not as much synth.

I wondered if you’d explore that more. On Reptilians, songs like “Born,” “Astoria” and the title track had a starker, avant-rock kind of sound. Is that a direction you can see Starfucker going toward more as a project in the future?
Yeah, I mean the first half of the new album I wrote a lot of the songs on guitar, so it has that kind of vibe. We’re adding stuff to it now. And I wanted to make part of the album have this super happy feel–we were calling it The Drunk Album for a while. It has a lot of really weird bendy guitars and stuff.

So there’s no reticence on your part to stray too far musically from the project’s primary roots in dance and pop?
Well, I still wanna keep it with the same basic idea, which is a happy, positive vibe. I wouldn’t wanna go too far away. I am a little bit hesitant. I think all of the songs on here are either dark and dance-y, or fun, but maybe not as dance-y. They all still have that playful vibe that I think is important.

For the last album, you allowed additional help from the rest of the band members to round things out musically on record. Are you taking that approach on this new record?
Yeah. This is definitely the most collaborative album we’ve ever done, and it’s been really fun. There are even two songs on the album–one Keil started and one that Patrick started. It’s really awesome. It’s still mostly songs that I wrote and then we fleshed out together, but even Shawn helped me finish words. It’s actually what I always wanted this to be: more of a band, and not just my project.

Are you finding that liberating, to allow this thing that was once mostly yours to become collaborative?
Yeah, it’s like being a parent. It’s nice to have more than one parent to raise the kids [laughs]. It’s nice that we’re all working together; I like that communal feel. We feel like family.

Can that more organic approach for the new album you were talking about before be attributed to that collaboration?
No, I have to fight for that. Keil hates anything not electronic. But I’m still going to do what I want if I have a song I really like. But we pretty much agree on everything at this point. The less electronic stuff, Keil just doesn’t get. He knows it though, and is like, “Well if you guys all like it…” It’s still pretty democratic. If someone really likes a song and fights for it, I’ll give in.

Get your gloomy dance on at Harlow’s Oct. 17, 2012 when Starfucker makes a stop in Sacramento. The show starts at 8 p.m. and tickets are just $15. Go to http://harlows.com/ for more info or to purchase tickets.