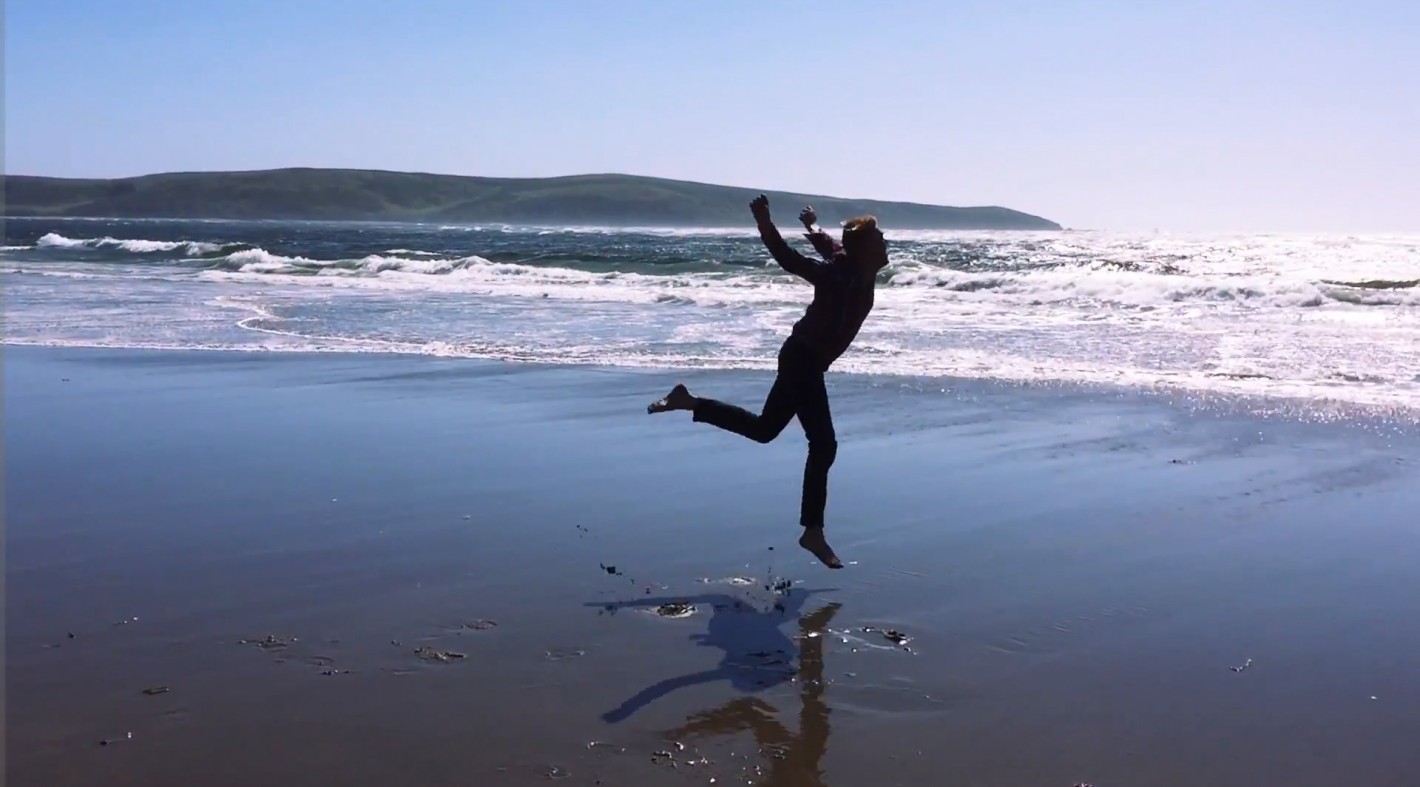 “Life is short, and being in love during the California summer is just about the best thing that could happen to a human being.” – Geoffrey CK, Sunmonks.

If you’ve been following Submerge over the last few years, you’re probably aware of the fact that we’re fans of the Sacramento group Sunmonks. We named their debut EP In a Desert of Plenty as our top release of 2014, they landed on the cover of issue #176, and we even booked them for our 200th issue party. So when the band’s co-vocalists and songwriters Geoffrey CK and Alexandra Steele asked if we wanted to debut a video for their unreleased track “Summertime Hi,” our answer was easy: “Duh!”

Check out the video below, but be warned, you will get this song stuck in your head and you will want to drop everything and hit the coast right away, not that those are bad things. For some insights on the writing, recording, and making of the video for “Summertime Hi,” be sure to read Geoffrey’s essay that he wrote for us just under the video.

An Essay From Sunmonks’ Geoffrey CK

I never really know what to say about our music, that’s probably one of the reasons we choose to make it rather than do something else. We’ve always made music because we love it and because we love each other. It’s something that we can share with our friends. These tunes, as much as anything, come from a tradition of seeking to bottle whatever that “thing” is, and share it with as many open people as we can find. It all sounds so ‘woo-woo’ as I write it…

I guess I’ll start with the time when we wrote a whole bunch of songs while we were in Santa Rosa. It would have been late spring at the time, we were working on material that we’d planned on turning into some kind of full-length album.

The place we were staying had this huge tomato garden with all kinds of varieties. The smell would rise up to the window of the bedroom we were sleeping in. I think I read somewhere that the tangy-sweet-heavy smell of a tomato plant has something to do with repelling pests, but I can’t really remember. But I do I remember waking up every morning in an attempt to make it outside before the sun warmed up all the cherry tomatoes. If I got to them in time, they’d still be chilled from the night before. I would collect as many as I could carry by using the front of my shirt as a makeshift basket. I’d then find a good place to sit and feast on handfuls of these little cool-red bubbles while the sun came up; I highly recommend eating night-cooled cherry tomatoes out of a t-shirt while the sun rises.

After a week or two, we had a bunch of tunes written and we started thinking about which ones to record and which ones to kill off or cannibalize. “Summertime Hi” was immediately a favorite of our friends, as was “How Are You?,” so we decided to pursue them.

We left Santa Rosa, and we started recording these two songs with our friend John Baccigaluppi at his studios in Sacramento and Stinson Beach. We’d record some drums with Julian Loy or Michael Urbano at The Dock in Sacramento, then we’d take those tracks up to the Panoramic House Studio in Stinson where we’d record more guitars or vocals. We’d surf, eat these great meals that John would whip together, and record tunes…then rinse and repeat. We’d end up back at The Dock, recording sax with Jacob Gleason or bass with Dave Middleton. One of the most memorable sessions was with a bunch of our friends from the area: Julie Ann Bee (Sea of Bees), Amber Padgett (Sea of Bees), Sean Hayashi (I believe he’s currently playing with Pregnant), Sam Eliot (Duke Chevalier) all sang these great big chorus-vocals for “Summertime Hi.” It was a good time.

When we felt like the tunes had enough meat on them, we mixed them up in Stinson with John. Once it felt like they were in a good place, we decided to make a video. We’d never actually done anything like that at the time; usually we’d worked with directors or photographers or what-have-you. But we knew we wanted to make something that felt natural to us and that also paid tribute to the intensity and magic of the Stinson Beach area we’d grown to love. We decided to drive up and down the coast with our friends and see what kind of trouble we could get into. 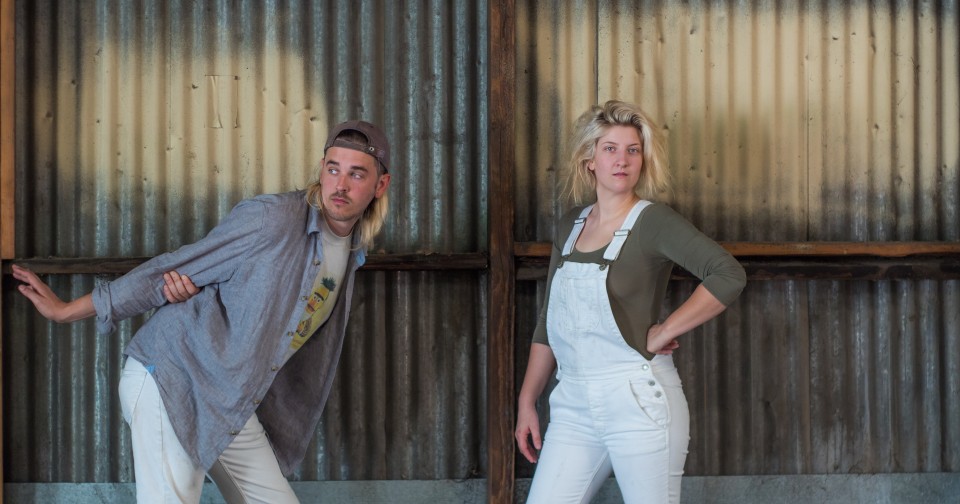 The video ended up being shot in Stinson, Bolinas, Santa Rosa, and Point Arena, mostly because they’re all fantastic places to surf and hang. I’ve made a few videos since then, but this video is really special to me. It showcases our friends doing some of the things that they naturally love to do; Sam is dancing and laughing and John is doing a lot of surfing (of course). We actually put the camera in Alexandra’s hand during a few of her shoots. I think it was pretty difficult for her to point the thing at herself, whilst running around, and singing the song, but the result was really striking to me. It has a different feel than an operator with a hand-held would get; it feels a bit intimate and dreamy.

I love the summer, which sounds really cliche, as does including the word itself in a title for a song. But I don’t really care. Some things can’t be bought and aren’t that complicated, and thankfully summer is one of those things that requires nothing but an open mind and perhaps the acute absence of clothing.

Anyway, I hope when I’m long-since-dead, someone somewhere is writing another song about how great it is to eat cool tomatoes while the sun comes up, and to surf, and to sing with friends, and have sex, and run around, and ride bikes and explore. Life is short, and being in love during the California summer is just about the best thing that could happen to a human being.