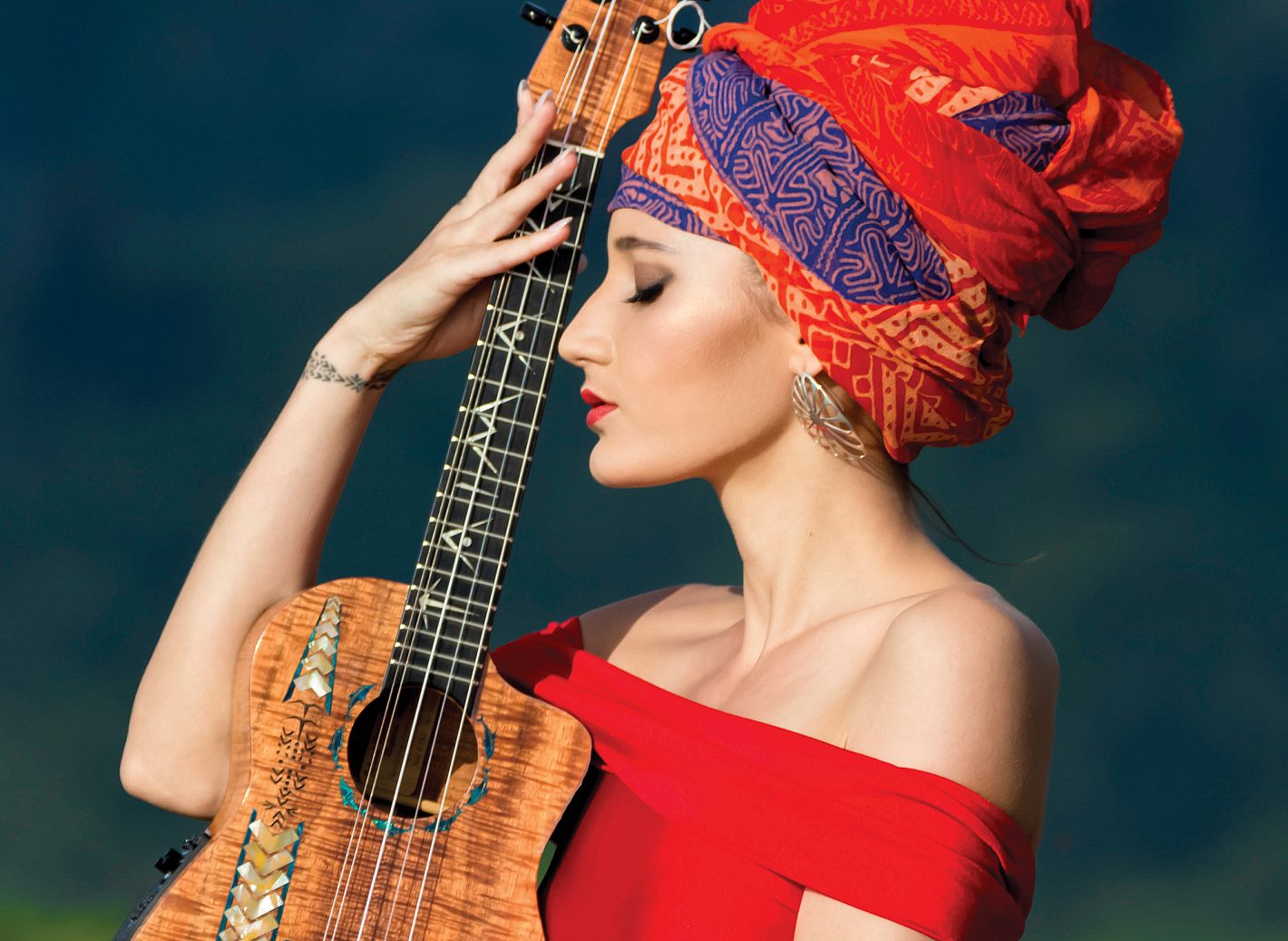 The ukulele and surfing are more than just inventions of Hawaiian culture; they are symbols of the aloha spirit. Famous competitive swimmer and surfer Duke Kahanamoku helped grow the popularity of the sport and in turn transformed Waikiki Beach into a global hotspot for surfing. Kahanamoku’s popularity as a surfing legend in Hawaii led to the opening of his self-named nightclub, Duke’s, on Waikiki Beach, where Hawaii’s most famous pop star Don Ho began his career dancing and playing ukulele on The Don Ho Show.

In this very neighborhood, a young ukulele prodigy—whose first name translates to “diamond” in Samoan—began her own career as a musician. The multifaceted ukulele virtuoso Taimane Gardner, born in Honolulu, started out busking on the streets of Waikiki, dazzling tourists with her engaging performances and lively dancing. She was gifted a ukulele at the age 5 from her father, from whom she claims she received her tireless work ethic. Her mother, who competed as Miss Samoa during the Miss Universe pageant, was a singer and dancer, leaving a strong impression on Taimane’s love for performing.

By the time Taimane was 13, her busking efforts had finally paid off after she was discovered by a performer from The Don Ho Show and invited to perform for “Uncle Don.” Ho was thoroughly impressed by Taimane’s talent and offered her the chance to play on his show.

Under the tutelage of Ho, Taimane learned to play the ukulele at a mind-numbing pace with precision and clarity while impressing the crowd with her dizzying dance skills.

“My first love is actually dance, because it comes natural and you don’t really have to think about it … I like to call my music visual music. It’s an experience. It’s not just the audio,” she said, crediting her time alongside Ho for her strong stage presence.

Playing alongside the “Hawaiian Elvis” propelled her into the fierce onstage performer that she’s known as.

“I feel very comfortable on stage; probably more onstage than offstage. It’s just a place where you’re accepted to express yourself,” she said.

Taimane’s success on The Don Ho Show made her a sensation on the islands, where she began playing luau parties and weddings, eventually releasing her first studio album, Loco Princess, in 2005. To date she’s released five studio albums with a musical style that spans genres, from flamenco to classic rock, Beethoven to Led Zeppelin. Her 2018 album, Elemental, focuses on the four elements—earth, wind, fire and water—as well as a fifth element: ether.

“’Ether’ was inspired by a dream,” Taimane explained about the song recorded for Elemental. “For me, ether is like the void, the astral plane, the place where you go when you dream. I had a dream and there was a melody that came to me and I woke up and I hummed it into my phone … I listened to it and kind of built that song from that dream. So ‘Ether’ was inspired by a dream, which is ultimately where ether for me comes from.” 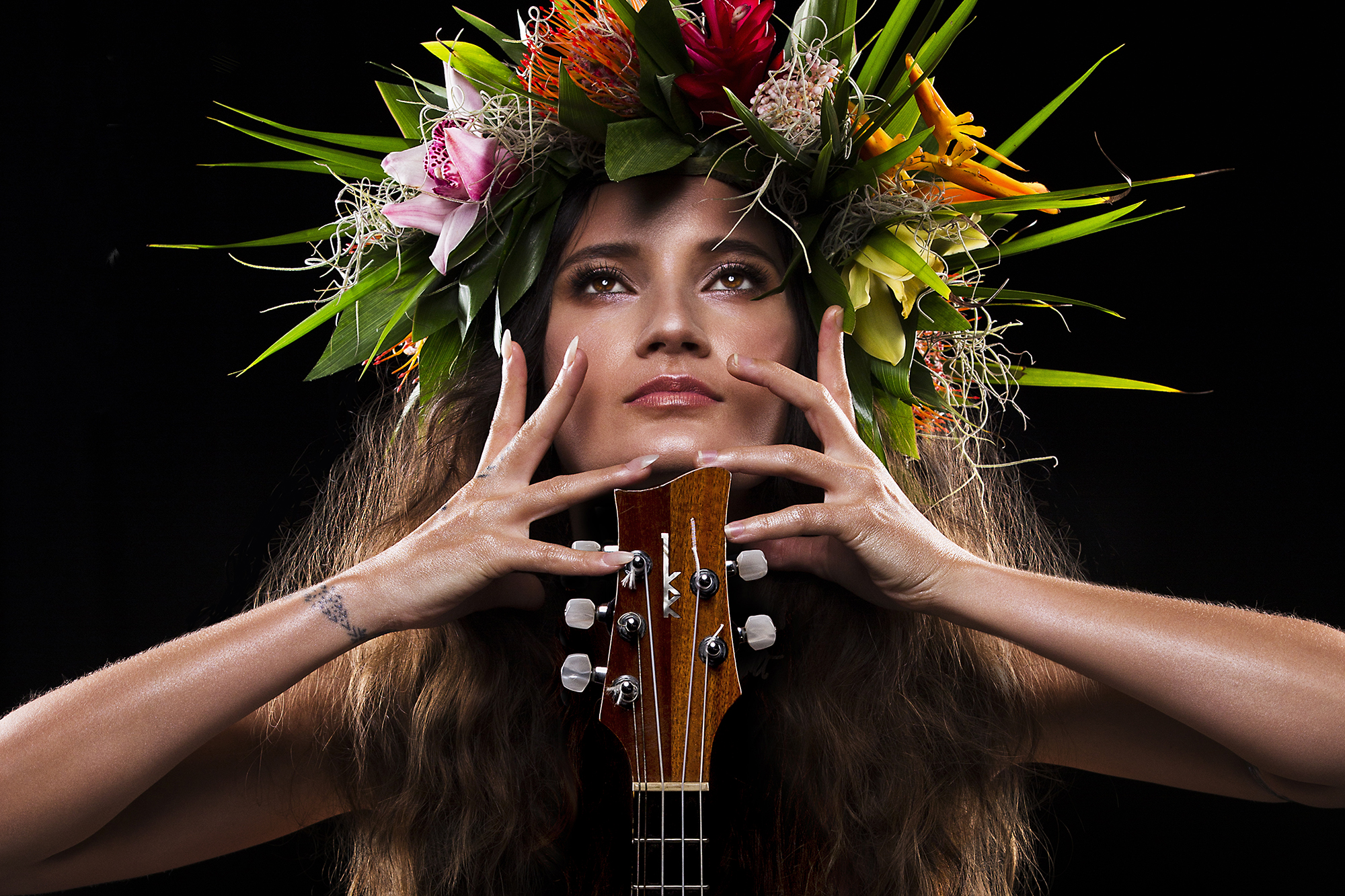 Just like her art, Taimane’s performances are more than just music; they’re an emotional experience.

“A lot of people say they have a spiritual experience or something moves them during these performances,” she said. “So for me, it’s sharing that experience with the audience. And I like to incorporate chants from Hawaii and from Polynesia into my music to show where I’m from but those chants are also spiritual as well.”

Taimane’s intoxicating performances are her trademark for her. The preparation for her live shows, however, isn’t quite like I had expected.

“It’s mostly improv, especially the dancing, none of that is choreographed,” she admitted. “I don’t write a setlist until I’m at the venue, until I see the people. It’s normally the thing I do 10 minutes before I go on stage because ultimately it comes down to the energy of the people—the ambiance—because it really is an experience based on the present.

“I’m 30 now and I love performing but I’m starting to feel it more and touring is pretty grueling on the body,” she continued, sensing a slight shift in her career as an artist. “I’m possibly working on another album but I want to look into self-sustainable ways of making money through sound libraries and jingles—creating short original music that people can use in their art.”

The ukulele maestro has already begun the process of creating art for alternative purposes, helping create the music for the 2018 documentary, Poisoning Paradise. The documentary takes aim at chemical companies that have exploited Hawaii’s fertile lands to test genetically engineered pesticides.

“You can see certain things of the culture eroding and I just wish that there was a balance,” Taimane explained about the changes she’s noticed on the islands. “There are so many people now that it’s kind of hard to find that sense of community or aloha.”

While her career may be evolving, Taimane’s commercial success isn’t losing any momentum. She performed at South by Southwest in Austin, Texas, last year and is slated to play on NPR’s Tiny Desk YouTube series this upcoming January.

Despite her growing popularity, the aloha spirit embodied by the forefathers of Hawaiian culture still remains at the core of her music. Whether listening to her cover works—from “Stairway to Heaven” to the James Bond theme song—or listening to her spiritual exploration of the elements, Taimane’s music exemplifies the divine beauty of her home island.

You can catch Taimane live with a slew of other transcendent artists at this year’s California WorldFest. Taimane performs Saturday, July 13 at the Nevada County Fairgrounds (11228 McCourtney Road, Grass Valley). Ticket options are plentiful for the festival, and info to purchase can be found by visiting Worldfest.net/buy-tickets. For more info on Taimane, visit Taimane.com.