Sacramento’s Tais Is Set For Ascension 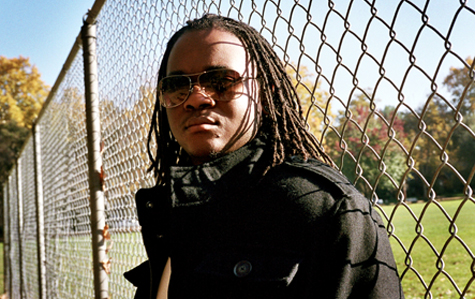 A Writer Doing the Right Thing

The power of words can make you laugh or cry, act reckless or ignite thought and awake the mind. A writer for more than half of his life, Sacramento’s Tais has never taken his talents for granted. From prose to poetry, spoken word to performing as an MC, the 27-year-old has found a sanctuary in the art of arranging words and has turned his passion into his job. As another great MC with many parallels to Tais’s train of thought said, “It’s a beautiful struggle.” And that seems to be the approach with which the confident yet controlled MC is pursuing his dreams. He’s put in years as a member of Sacramento’s prestigious Righteous Movement, but recently stepped aside to release his debut Truth Arises in Search mixtape (which can bedownloaded for free at www.myspace/tais.com). Urb magazine just named him as one of their top 1,000 upcoming artists (vote for him on Urb.com!) and he’s infiltrating the country’s biggest music festivals in a matter of months. Big things are on the horizon for Tais, and when he gets there it will be on the strength of hard work and his inclination to do right with his words.

When did the power of music resonate with you?
It’s funny, because I get in these ruts and you need music to lift you up. There is one song that I was just listening to that always does it for me, and it’s Outkast’s “In Due Time.” Since I was young, music is always one of those things that I connected to. I grew up an Army brat, so I didn’t really have a lot of friends growing up. We were always moving, and as soon I as made a friend, we moved, but music was that person I could find comfort in. It understood me and I understood it. As I grew and started writing, I was able to communicate what I had going on in my head, because I didn’t have someone to bounce ideas off of.

When did you start to write?
I started to write poetry when I was 12 or 13, but started writing rhymes when I was 15.

What kind of a writer are you? Do you have a notebook of lines that you compile into songs?
Are you the type of person that needs the music to write?
I’m just a writer in general. I have my B.A. in journalism. It’s always been a passion of mine, and to me, is just a great form of communication. But rhymes come to me both ways, but I think for the most part it’s always a line here, stop and think about it and how I want to say it. For me though, if it comes easy, I discard it because I want to say the things no one says but everyone feels. If I think someone else could write a line, I shy away from those lines. So it does take me a long time, the thought process of writing, but sometimes you get the music and it just comes to you and you can spit out the whole song in 30 minutes.

This month you’re rocking three days out at the MAGIC Trade Show in Las Vegas, and then you’ve got the Truth Arises in Search mini-tour, which ends up in Sacramento on Feb. 26. In March you’re heading to Albuquerque, N.M. and then the SXSW Music Festival in Austin, Texas for a couple days at the end of the month. Needless to say, you are a busy man. Is this a surge to really get to that next level of recognition?
Oh yeah. That’s the plan. I’m trying to touch down in new places and get the message out. This is the longest time I’ve been in one city, so it’s kind of weird for me, but at the same time it’s time to branch out and get into the industry and make music a bigger part of my life. It does well for me now. I can go to Texas or Utah or Colorado and make it happen. It’s always a work in progress. When you go to these cities—sure you have Internet buzz or whatever—but when you go to these cities it’s human nature for people to think, “Why should I listen to you?” I’m building every day though.

I was going to say, when you go to all these different areas of the country where people haven’t heard of you, what’s that feeling like? To know that people are going to be pessimistic from the start?
I like the challenge. It forces me to not be lazy. Once you get into a spot where people accept you and you are comfortable, you kind of slack off. Me knowing that I have a show in San Francisco in a couple weeks where people haven’t heard of me, it’s making me prepare because I have to bring my A game. You know hip-hop, you got to show and prove. We have that ego about it. It’s good, though. It keeps me practicing all the time.

I think people sometimes look at rappers and the “rap life” and think it’s one big party, but as you said, it’s a lot of work. As mentioned you’re going to the festivals and conventions—how do you separate the fun and the work of it?
People that know me, they think I work too much. If you saw my daily schedule, you’d think I worked too hard. I have fun doing it, though. Working is what I love doing, and hip-hop is what I love doing, so it doesn’t seem like work when I look at it from the larger scheme. For me, I don’t drink at shows or smoke, just so I can keep that balance and that edge. In the end, I do have fun because I do what I love, even with all the struggles. It is hard work, though. It takes going to SXSW and putting in those hours.

On your Truth Arises in Search mixtape you talk about the other elements of hip-hop. Do you yourself get down with some of the others outside of MCing?
Man, I’ve been through all of them. I did them all! That is where I got my name from. I used to write Tais. I wasn’t the best graffiti artist in the world [laughs]. Nor was I the best breaker or DJ. I went through all the elements, and I think it was like finding my niche. I went through them all though.

So was rapping the last one you experimented with?
Rapping was the one I didn’t want to get pigeonholed into, but it kind of worked out that way. I was always writing, but you know I was breakdancing and all that too, trying to find out what my part was.

To wrap it up, what’s your ultimate goal one year from now? Two years from now?
I see myself on a bigger level, and what I mean by that is being successful and touring. I look at people like Murs and Little Brother, and they’re doing their thing, and I feel like I can do that too. I can see that happening, because it’s happening now. But on another level, I want people to be able to look at my rhymes and say I am a great writer. That is my ultimate goal, for people to respect my craft so much that it’s not, “He’s a dope rapper,” but rather, “He is a great writer.” 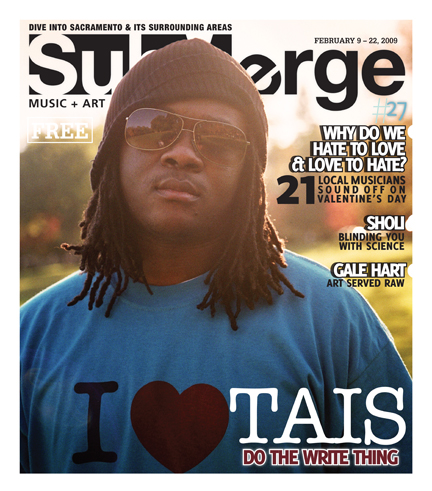