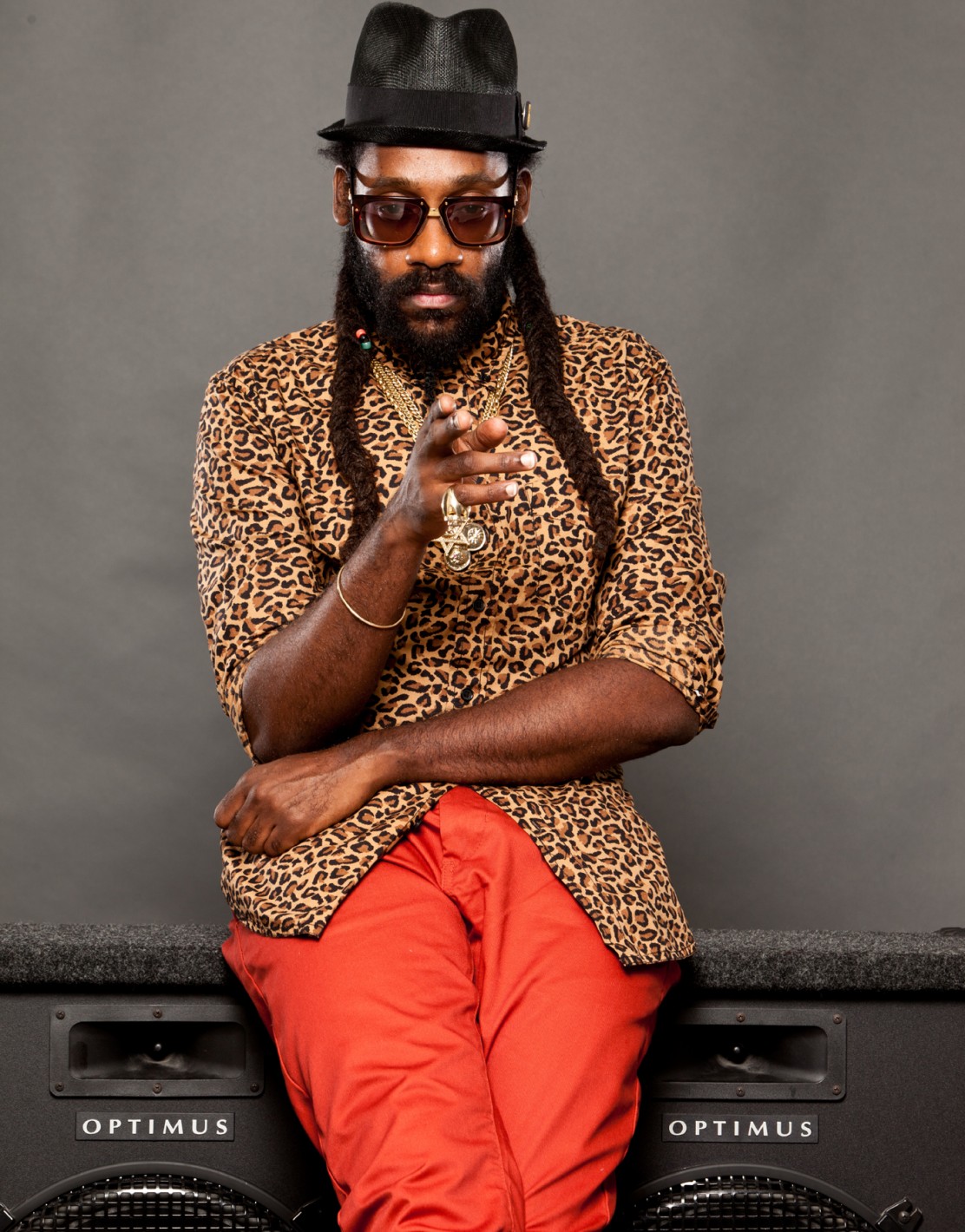 There’s a lot of father-son sayings some might like to use in describing Tarrus Riley. He’s heir to the late legendary reggae singer Jimmy Riley, who had a prolific career crooning throughout the latter half of the 20th century and well into the new millennium before passing away in March from cancer.

A chip off the old block; like father, like son; and, sure, the apple doesn’t often fall too far from the tree. While most folks would be right in presuming Tarrus has taken up the torch from his father (in some respects), you’d be wrong to assume that Tarrus is Jimmy Riley and that their music remains identical.

On the contrary, Tarrus has shown he’s his own artist. With five albums and more than 60 singles/EPs under his belt—including the international reggae hit “She’s Royal” from 2006—he has formed his own path to success in the music world, and is going strong to this day.

Still, his father’s lingering presence is hard to shake—especially now, Tarrus explains. Not just a father, but also a “best friend,” Tarrus says it hasn’t fully registered that Jimmy is gone.

“I don’t feel that my father is deceased,” he adds. “That reality has not come to me, because he was so entrenched in my life. And there’s so many things I see that show him daily, that it’s like … yeah, I don’t know.”

Despite the family tragedy, Tarrus has not refrained from going overseas to perform and test out new material among international audiences, as well as here in our own backyard in Grass Valley. Ahead of a concert at the Center for the Arts on May 26, 2016, Submerge was able to talk to Riley via phone about his reaction to his father’s death, last year’s chart success with Major Lazer and how his spiritual philosophies guide his musical message. 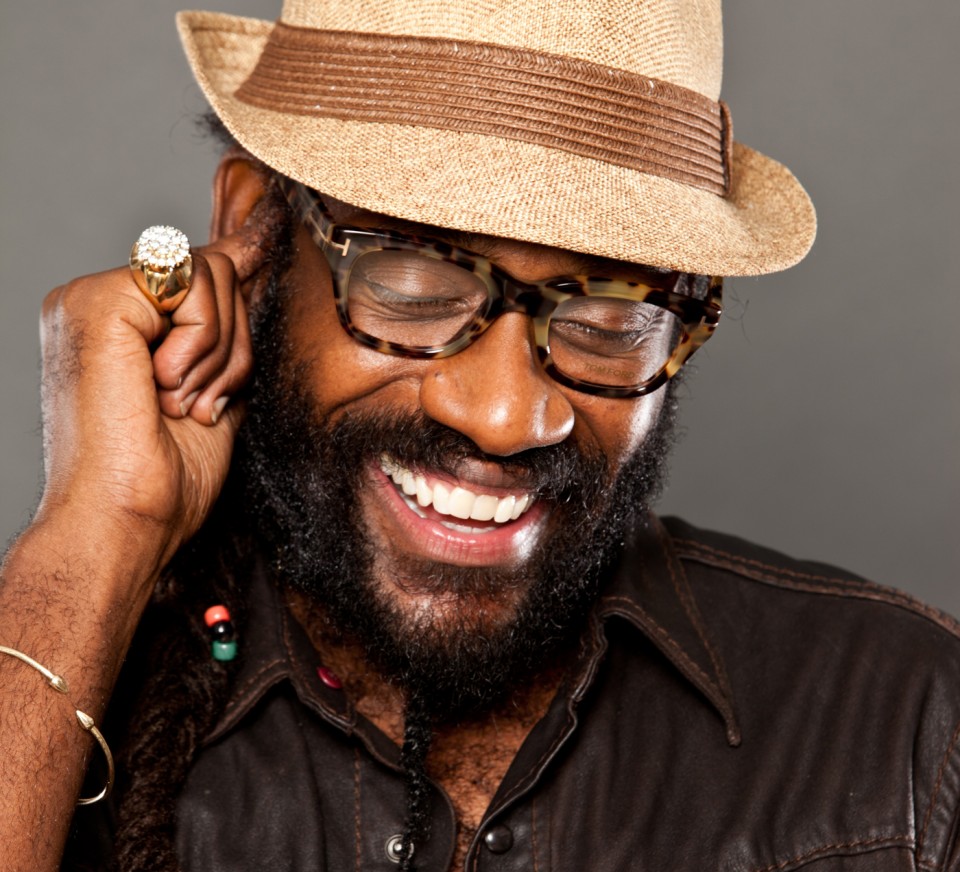 I understand you just came back from a string of shows in the UK. How’d that go?
It was amazing—a lot of sold out shows. So it was cool. And the different thing about it was that I could see how [people reacted to] a lot the new music that I’m doing … because I’ve never been genre-prejudiced, you know? I do a lot of different kinds of music. I do fast music, slow music. So I tested out some of the new material, and it was well received. I had fun.

So it looks like you’re performing at the Center for the Arts in Grass Valley. Have you ever performed there before? Or in Sacramento, maybe?
To be honest, thinking about it right now, I don’t know that I have. Sacramento is not a place that I’ve been [to] frequently. If I’ve been there, it was probably in transit. I don’t remember. I think Catch a Fire [Tour] brought us close to there [in 2015]. But I can’t pick up right away and say, “Yes, I’ve been there.”

If you don’t mind, I wanted to ask about your father’s passing a little bit. Seeing how it happened so recently, would you say that it’s affected your work on the road and in the studio? Clearly you’re still out performing regularly. But do you feel like you’ve needed to slow down at all?
Well, he had been sick for three years. So that’s one part of it. The second part of it is that he was always telling me to come to work. He was the one always pushing me to work [on music]. “Go and do your work, and represent our name.” So I’m honoring a contract that I have. And, like I said, he wanted me to do that. He wanted me to work, you know what I mean? I’m just doing what he said.

What about music-wise? Would you say his passing has inspired any new …
Like I said, I don’t see that [he’s passed on]. I have him as a very much alive person, definitely. I’ve never seen him compromised. Even throughout his sickness, he wouldn’t accept any kind of defeat or anything like that.

Right. But has all this inspired any new music ideas for you at all? Or change how you go about your work right now?
I don’t know, we’ll see. Let’s give it some time. My father’s birthday is this month, on the 22nd of May. And he stopped breathing on the 23rd of March. So it’s still very fresh. Let’s give it some time and see what’s happening. I’m taking it day by day.

Of course. Anyway, speaking of new music, are there any new projects on the horizon for you? I know your last album, “Love Situation,” dropped in 2014.
Yes, I’m in the studio recording a new album right now. I kind of stopped because of my dad. So I kind of took a break, but I’m definitely gonna go get my folks together and see what happens.

I wanted to ask about last year’s Major Lazer hit “Powerful,” where you were featured with Ellie Goulding on vocals. I know that song gave you your first spot on a few different Billboard charts, including the Hot 100. How does it feel knowing you’ve tasted that kind of mainstream recognition and success?
Well, you know, originally it was supposed to be me and Major Lazer alone. I didn’t know about Ellie Goulding being on the song, so that was cool. And it got me into some different avenues. I’m a very popular underground artist, you know? So in my community—in reggae music—a lot of people really love what we’re doing. But the Ellie Goulding thing is a different level. They got MTV and VH1, and it was getting a lot of prime time play on these Clear Channel radio stations. So it’s a big deal. And we want more collaborations like that, because I’m very confident in the music I make. And I believe if we get similar opportunities like that, I can make a big impact on the international stage. Because I’m a real songwriter, and I’m not trying to show off, but I believe in what I have. So if we get more chances like that, then, hey, the sky’s just a view. There’s not even a limit.

I understand you identify with Rastafari ideals. Can you explain what it means to adhere to that belief system for people who aren’t totally familiar with it?
A Rastaman is someone who’s in tune with nature, you know? He likes to eat a particular way, and he’s close to nature. He loves heat, air and water—he’s like an organic person. Everybody talking about going green; the Rastaman went green a long time ago. His heart beats to Africa, and he’s very African-minded … That’s what the Rastaman is about: knocking down boundaries and knocking down prejudice and knocking down stereotypes. And for everybody to live and love. Rastaman’s vibes are all about love and respecting each other, and unity … I mean, it’s all about love. And loving yourself and loving your body. And it’s a consciousness. And you get that through my music, you know?

So would you say that Rastafari themes always translate through your music?
It’s not every single song [where] I’m going to sing and tell you about Rastafari … Remember, before I’m a Rastaman, I’m a human being. So I bleed blood like everybody else, and I put on my pants one foot at a time like everybody else. So you can call me a musician, you can call me a Rastaman. But before they call me all of that, they have to call me just a human being … I’m living on the earth like everybody else, trying to figure it out. That’s why I don’t preach to people in music, because I’m not in any position to preach. I’m trying to figure it out every day, one step at a time. So you get those kinds of things in my music. Sometimes in a song, I’m trying to figure it out; sometimes I know. Sometimes I don’t know; sometimes I want to know … There’s a lot there for you to grasp, but that’s truth.

Is there anything else you wanted to let our readers know?
For anybody who doesn’t know about what I do, come out to the [Grass Valley] concert and get your own experience. You know what I mean? Because I do give 150 percent and more when I come with the live vibes.

Experience Tarrus Riley live in concert at Grass Valley’s Center for the Arts (314 West Main Street) on May 26, 2016. Tickets start at $24 for members/$27 for non-members. For more info, to buy tickets or to find out how you can become a member, go to Thecenterforthearts.org.