Making a Racquet • Tennis Serves Up Aces with Their Own Label, New EP 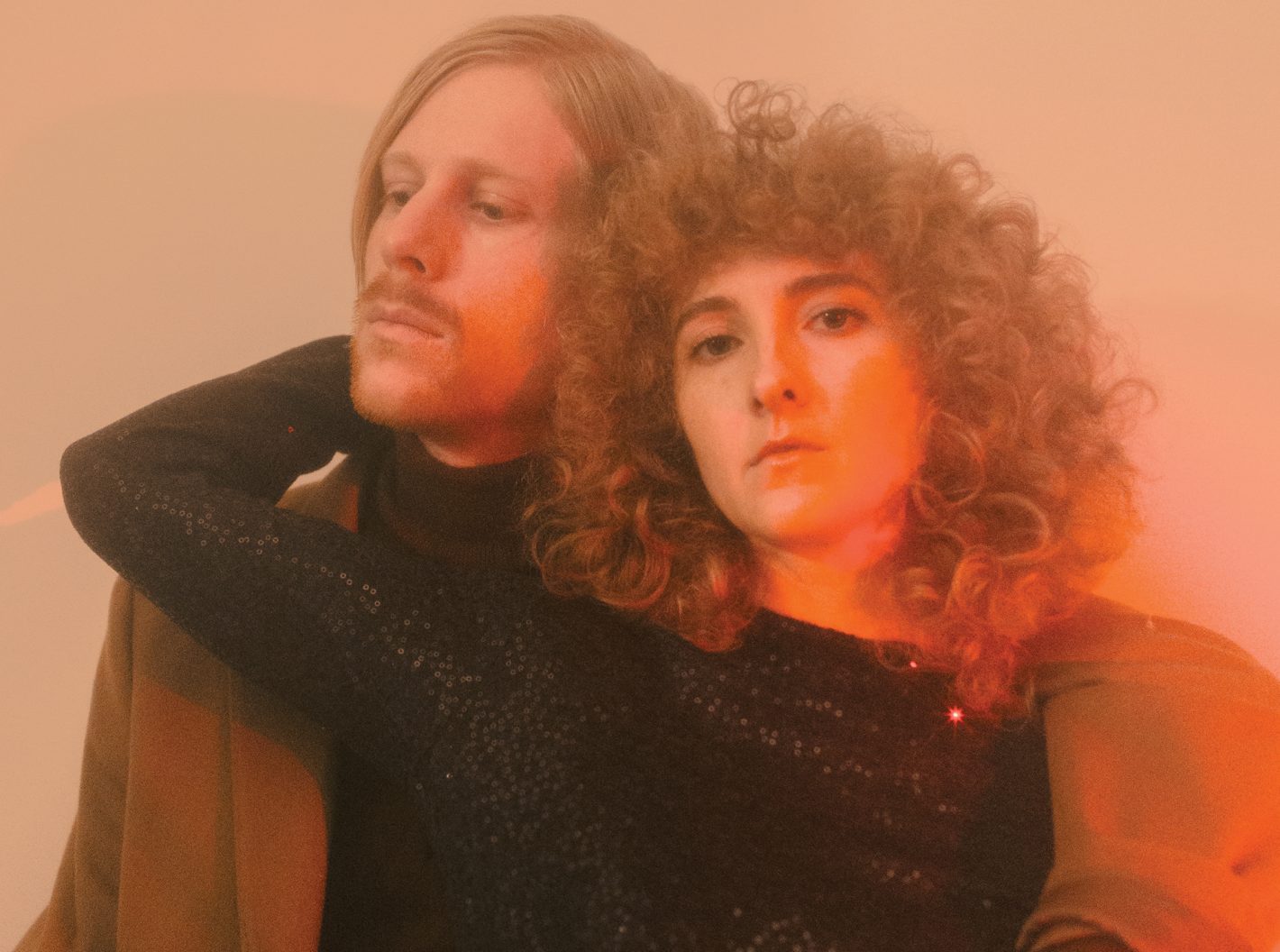 When it comes to performing live or working under deadlines, many musicians know that anxiety and panic attacks are occupational hazards. For Alaina Moore of the Denver pop band Tennis, her anxieties came, aptly, while she was writing a song about anxiety.

The track in question, “I Miss That Feeling,” is featured on Tennis’ upcoming EP We Can Die Happy, and was originally intended for the duo’s latest LP Yours Conditionally, but kept giving Moore trouble.

“I thought it would be easy and it wasn’t,” Moore says. “It just kept evading me. It’s one of those songs where I think I wanted too much out of it.”

Determined to have the track make We Can Die Happy, Moore pushed herself to get the song done in just the way she wanted in time to be included. The final bit of encouragement to finish came in the form of a panic attack Moore had during a yoga class.

“Obviously,” Moore says. “I was not calm or meditative at all.”

The panic attack eventually subsided after Moore was given immediate support from her yoga instructor, and she finished the track and EP.

“It was worth one panic attack,” Moore says.

Moore would be the first to say that her own songwriting habits don’t tend to help the anxiety surrounding her work process. Only about half of the songs that make up We Can Die Happy were finished when she and Patrick Riley—Moore’s husband and bandmate—entered the studio.

“That’s my greatest hindrance,” Moore says. “I’m just the slowest, most laborious songwriter and I, like, never commit to anything. So this was good practice for me.”

The EP is set to be released on Mutually Detrimental, a label the husband and wife started to release Yours Conditionally and to become more independent.

Moore and Riley were feeling rundown by labels and the music industry as a whole after the release of their third LP Ritual in Repeat, so they decided to go sailing in the Pacific Ocean. Hitting the open seas isn’t a first for the band—a sailing trip along the Eastern Seaboard in 2010 is what inspired the two to start Tennis.

“The world of living aboard a ship and sailing is so deeply demanding and immersive, and the same is true of writing and touring a record,” Moore says. “It was right when we were hitting that burnout from our third record that we were like, ‘OK, I’m ready to sail again.’”

Both wondered if this trip would mean the end of the group, but they would have accepted that as an outcome since they felt unfulfilled in their professional lives at that point.

“It felt like we were working in the wrong direction,” Moore says. “We didn’t even know what it would look like to make it feel good again and have it actually fit our lives.”

The end of their excursion did not mean the end of the “baby indie band,” as Moore describes them, but the beginning of a whole new chapter. They were inspired again and went right back into writing music, except this time they were going to go it alone.

Moore and Riley handled their own production, licensing and pretty much everything behind creating their fourth album. After years of having help and some sense of security from labels, Tennis became a completely DIY band that focused more on artistic satisfaction than fiscal security.

“I really, really love being my own boss, and so does Patrick,” Moore says. “I feel so fulfilled and satiated. Every little thing that we do, it feels OK if that’s the last thing ever.”

Moore and Riley found that signing with major labels didn’t work for them, but they also don’t see how it works for almost any indie artist. They even named their label Mutually Detrimental as a slight at the music industry.

“You hear of these horrible major label deals that ruin the career of an up-and-coming band where everyone ends up miserable,” says Moore. “A label has artists who hate them and don’t give them good work. The artist’s career gets stilted or ruined and, yet, people are still signing these same old deals as if it’s 1962.”

That’s why Moore and Riley gave Mutually Detrimental the slogan “bad for everyone.”

The label is only releasing music from Tennis for now, and it might stay that way for some time. Moore says that they aren’t looking to sign any other acts right now because of finances, but they also don’t want to put other artists in the position of being under the pressure of a label—even if said label is run by fellow musicians.

“I think that a label should be like a paved road, and bands should walk themselves down it,” Moore says.

Moore says that the traditional setup of a label giving high-interest loans to a band is completely unreasonable. Bands could, in theory, get a more sensible loan from a bank and be able to keep the intellectual property to their music once the loan has been paid. It would be easy to say that a label then puts in a lot of work of which artists are not familiar, but Moore has ideas for that as well.

“I would want to use our network for bands to release their own music,” Moore says. “We wouldn’t be putting up money or taking percentage or licenses or anything, because I don’t think that’s in the spirit of artmaking. I don’t want to be a venture capitalist.”

None of this, however, is set to happen in the near future. It’s mainly Moore’s dream of being helpful and supportive of an art community that she has been part of for years.

For now, she has plenty more to focus on with Tennis. The duo’s touring schedule has been nearly entirely booked since the release of their last album. They played Coachella, went on a stint of supporting Spoon and the Shins, as well as a slew of headlining tour dates that are continuing into at least February of next year.

“I always feel so baffled [by being able to tour], like, I don’t think I’m interesting enough,” Moore says. “I’m like, ‘you guys are still coming to these shows and I don’t know what you see, but thank you so much.’”

Moore and Riley keep their live show antics simple but are perfectionists when it comes to their sound.

“We don’t have any fancy lights, I can’t dance or have any outfit changes or whatever. I don’t crowd surf,” Moore says. “I’m always completely awed that anybody keeps coming to our shows.”

As time goes on, Tennis will be able to help build an artistic community. They’ve had growing success and feel confident in banking on themselves for the foreseeable future. Music is an art and art deserves a community of love, support and guidance—the kind of guidance that Tennis wants to one day provide.

For now, they are more than happy to be able to create what they want to create on their own terms. They are artists in the truest sense because finances take a backseat to the quality of the music. Mutually Detrimental, and the music they’ve released with the label, has been nothing but beneficial.