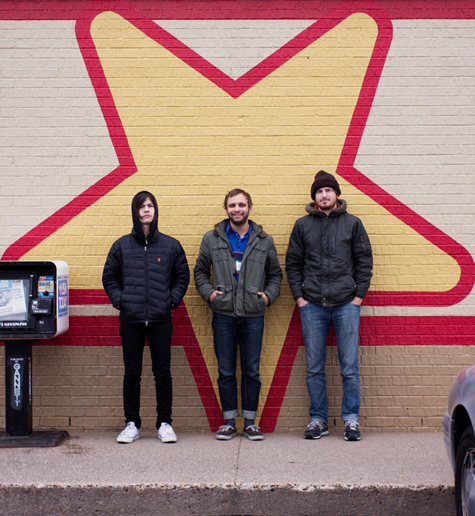 Sacramento’s genre-smashing math-rock trio Tera Melos is hard at work recording a new full-length record, a notion that excites Submerge very much. Their 2010 release, Patagonian Rats, scurried its way onto our annual year-end list, they snagged the cover of issue No. 67 and most recently they co-headlined/melted faces at our 100th Issue Party at Ace of Spades in December. The yet-to-be-titled album is being recorded at Earth Tone in Rocklin with longtime friend Pat Hills (who plays in Bastards of Young and has been in other credible local bands over the years including Hanover Saints).

“He’s like our go-to guy,” guitarist/vocalist Nick Reinhart told Submerge, pointing out that Hills has added his touch to every Melos record in some form or another. “We all grew up playing in punk bands together. We know him really well, he’s super familiar with our musical personalities.”

In the end, Reinhart predicts there will be 13 songs on the album. “To me, it’s a progression from the last record,” he said of the new material, all written within the past couple months. “It does not sound like the last record. It sounds like the record our band would make after Patagonian Rats, if that makes sense…Without giving too much away of what it’s sounding like, I just definitely think it’s like, ‘Oh wow, these guys stepped it up and did something even more different this time.’”

Reinhart said to expect an early 2013 release via Sargent House. In the meantime, catch Tera Melos opening up the fIREHOSE reunion tour dates (including Harlow’s on Thursday, April 5, 2012) before they head overseas for two months in May for their first ever “proper” European tour. “We’re finally making it over there for reals!” To learn more about the band and view tour dates visit Facebook.com/teramelosmusic or Teramelosmusic.com