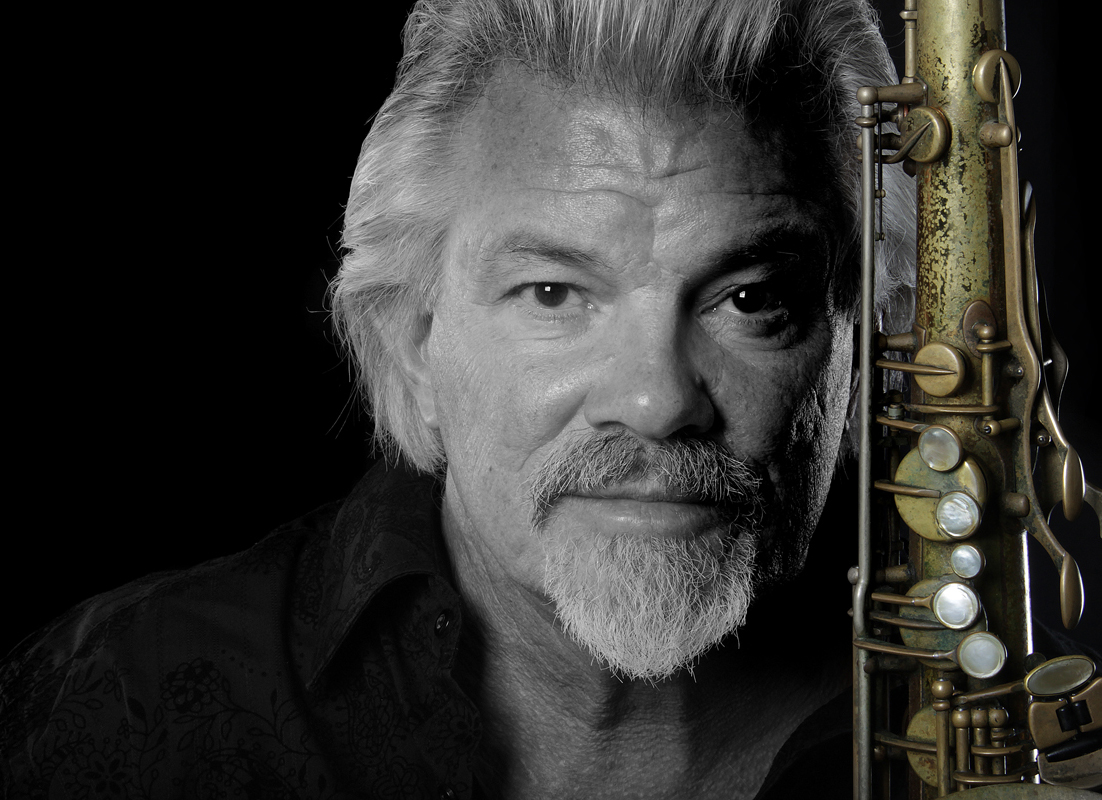 For all of its deep fried thrill ride aromatic livestock goodness, the California State Fair can turn into an oppressive oven of exhaustion with no shelter or escape. So when you find the shaded haven of the Blues and Brews stage for relief from the heat and sobriety, what a consistent treat it is to see Terry Hanck and his band playing the blues for you. July 14, will start his 18th consecutive year playing here, and with 14 days a season and three sets a night, that’s more than 700 different performances to date.

The 72-year-old veteran saxophonist has been playing for 50 years and has performed with Elvin Bishop, Etta James and his own band all over the world during that time. A fixture on the fair circuit in many cities, Hanck is a reliable staple of the California State Fair. He may not get the billing of the big music acts and cover bands that are brought in each year, but his music excellence and intimate floor-level performances have been a consistent reward at the fair for many.

Poetically, I met with Terry Hanck on a 108-degree day in Sacramento and our original meeting point was closed, so we walked to Tapa The World for the interview instead. Just days before, someone had stolen his saxophone and computer from his car, but his optimism and enthusiasm was not dampened a bit. 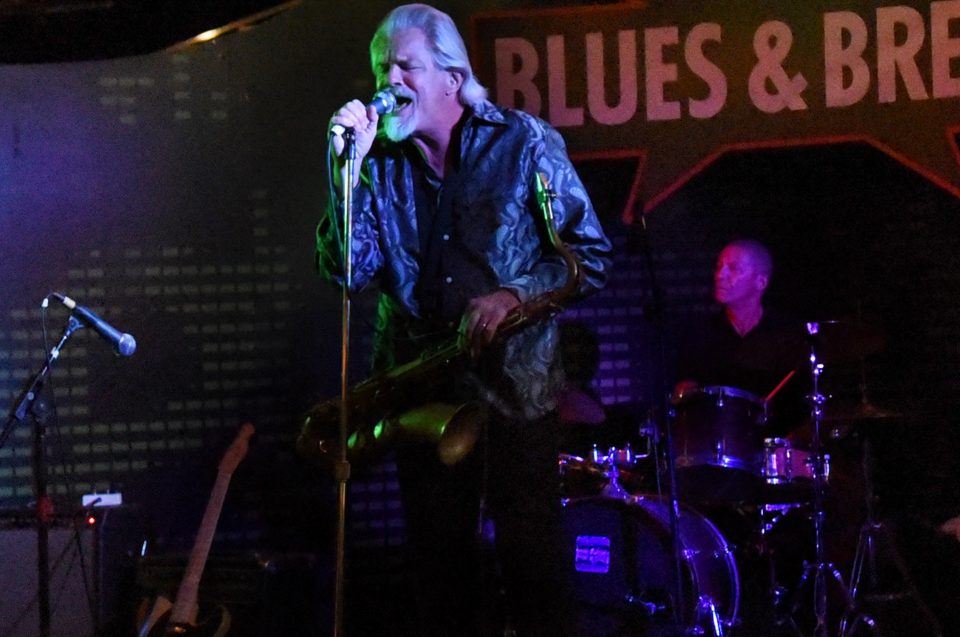 How did your sax get stolen?
I stopped at a place in Oakland’s Chinatown, a place I’ve been going to for about 40 years. I was only in there for about a half hour, and they had broken in the side window. They got my briefcase and my horn. It’s my second horn, but it’s worth just as much money. My mouthpiece of over 50 years was in there.

Tell me about a mouthpiece that you’ve had that long. Why is it important?
That’s the one that I started playing on, and I’ve never looked at another mouthpiece. I bought it to look cool. I wanted to look like a jazz guy [laughs]. I didn’t know what I was doing. But over the years that’s become my sound. Now I’m in “Can’t Get My Sound Purgatory.” I’m looking at it positively. Maybe I’ll find something I like better. I’ve had friends that are really helpful and guys that have collections of them they’ll sell me. Everybody’s been really helpful.

So you’re coming up on your 18th year at the California State Fair?
[Laughs] Yeah, this will be my 18th year here in Sacramento. It goes by so fast. We do 17 days straight. We’re doing the Pleasanton Fair now, and that’s 20 days. Then there’s two weeks at the Sonoma County Fair. The whole series takes us from the middle of June to the middle of August.

Well with fairs and even our local music venues, you see more and more cover bands booked. I know people like the nostalgia that goes with that, and it clearly sells tickets, but it’s interesting to see how that’s evolved. This year seems to be a better mix of established acts at the fair, though.
It behooves them to throw down for good music. It brings people to the fair. We have people tell us all of the time that “this is the best thing at the fair!” People even come in after seeing the big shows and tell us we were better.

So you have people that come back every year to see you.
Oh yeah. We have a lot of loyal fans.

Probably a lot of drunk fans, too?
Oh, once in a while people are over-served.

I saw you a couple years back …
Was I over-served [laughs]?

No! But it’s a very intimate performance. There’s no stage, you’re just at floor level. People are dancing like elbow’s distance from you.
They bump right into you.

It’s a nice immersive, intimate, cozy experience.
It can go where you’re just playing there for a few people, and you’re wondering what you’re even doing there, then all of the sudden there’s a great crowd and everyone’s dancing and digging it and the whole thing comes alive!

What do you like about the fair shows compared to a more traditional venue?
It’s not just a blues crowd, so it forces you to entertain people. They’re there to be entertained. But it’s convenient. We have our own rooms next to the fair, so you’re not driving hundreds of miles a day, checking into hotels, doing sound checks. Once it’s set up, you’re in the groove. You get a new crowd coming to see you every night.

It’s a great way to get new fans.
Oh yeah, we make a lot of connections. Once in awhile you’ll be in a different part of the world and run into someone who says, “I saw you at the fair.”

What I like about listening to your stuff and the blues in general, is that it’s so familiar, but so many different takes on it.
There’s all of these distinct areas and movements where these different styles came from. They’re all completely different. You’ve got the Delta blues, which is mostly guitar, the Hill sound which is mostly string instruments, New Orleans with the horns and the Jump blues from Kansas City with the whole piano thing. Then you have the Delta guys going up into the city for the Chicago sound and it becomes electrified. So many distinct sounds and styles. 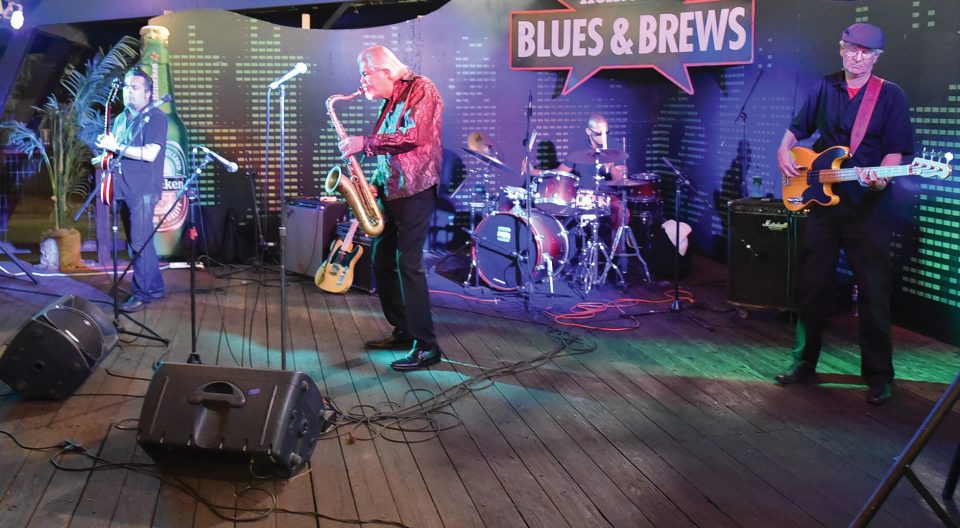 I think sometimes people just forget how much they love the blues. It’s not in your face on the radio, but then you see a live performance and you remember how great it is. It never really goes out of style. It’s always just kind of there.
Well, blues is just a word. When music moves you it moves you.

What’s one of your most rewarding experiences?
That’s a tough question. I don’t know exactly. It could be any one night where I play something and think, “Man, that was really it, that was fun!” I’ve been fortunate to play with some great artists. In the ‘80s I played with a band in Berkeley that was the house band at Larry Blake’s. Most of that band became Robert Cray’s band. We backed up Etta James. I just stayed out of her way and played the best I could. I got a live recording of her years later singing “I’d Rather Go Blind” and I put that on and started to cry because it was so good and moving.

When you’re playing the saxophone, there’s that moment where the song gets frenetic and there’s that super high-pitched squealing that sounds so amazing. What do you call that?
That’s altissimo. You’re playing fake fingering above the normal register of the horn. You’re trying to get the note. In the old days you’d bite the reed and make it squeal, but now with the metal mouthpieces you can’t do that, so you have to do it for real. It took me a long time to get up there. Junior Walker was a major influence on that. In the ‘70s, everything was so loud and everyone was playing rock so I had to come up with something that would cut through. The mellow stuff would get buried and you wouldn’t hear it.

It really gives you that “Wow! What’s going on?” feeling.
People either like it a lot of they’re like, “Why are you playing that note?” I have friends that when I tell them I can’t get the high note on a song they say, “GREAT!” [Laughs] Hey, thanks a lot! But yeah, you gotta use it sparingly and at the right time.

You taught yourself how to play the saxophone. That seems pretty difficult to figure out.
I took a few lessons, but it didn’t sink in. I ended up just figuring it out. When I was 21, I knew nothing about music, just what I liked and what I heard, so I figured out my own system.

Is it hard to keep from eating too much fair food?
I don’t eat much of that at all. There’s a Mexican place next to where we play that’s actually good. I like to eat before we go, though. I don’t like to eat when I’m playing.

So deep-fried Oreos aren’t the best pre saxophone meal?
We actually have a song called “Deep Fried Twinkies” as a tribute to the fair. It’s got livestock sounds and cows in it. Do you have my album?

I listened to it on Spotify.
I listen to music on YouTube. I know I shouldn’t, though.

Oh, they pay them.
Most of the people I listen to on YouTube are dead.

What dead people have you enjoyed recently?
I’m really getting into female singers from the swing era. I like Anita O’Day. She called herself a song stylist. She performed—not scat, it was called vocalese. Other singers like King Pleasure and Annie Ross [editor’s note: Annie Ross is still alive, aged 86, and still gigging live!] did that, too. Anita was the best of all of them. I love her voice. I loved the women that didn’t over sing with a sensual reserved phrasing.

Are you getting new fans from streaming services like Spotify? A lot more people can discover you now.
I get like 1 cent here and there from them. Nowadays there’s so much out there, they aren’t gonna discover some 72-year-old guy. Nobody’s gonna say “The kids will love him!” But this is the problem, getting to more listeners. I don’t have my finger on that pulse. You just keep hammering away at it. You never know, but I’ve been around long enough to know that anything is possible. The main aim is to do what you love and make a living at it.

Do you still love it?
Of course. I’m just scratching the surface. The older I get, the more I realize I don’t know anything. You just keep trying to get better and better. I’m self taught, and I’m hard headed so the way I learn things is that I kind of have to re-invent the wheel for myself.

Get up close and personal with Terry Hanck and his band at this year’s California State Fair, which runs from July 14–30, 2017. They play at 8 p.m. daily on the Blues and Brews stage. For more info and a full list of attractions, go to Castatefair.org. Follow Terry Hanck’s adventures online at Terryhanck.net.