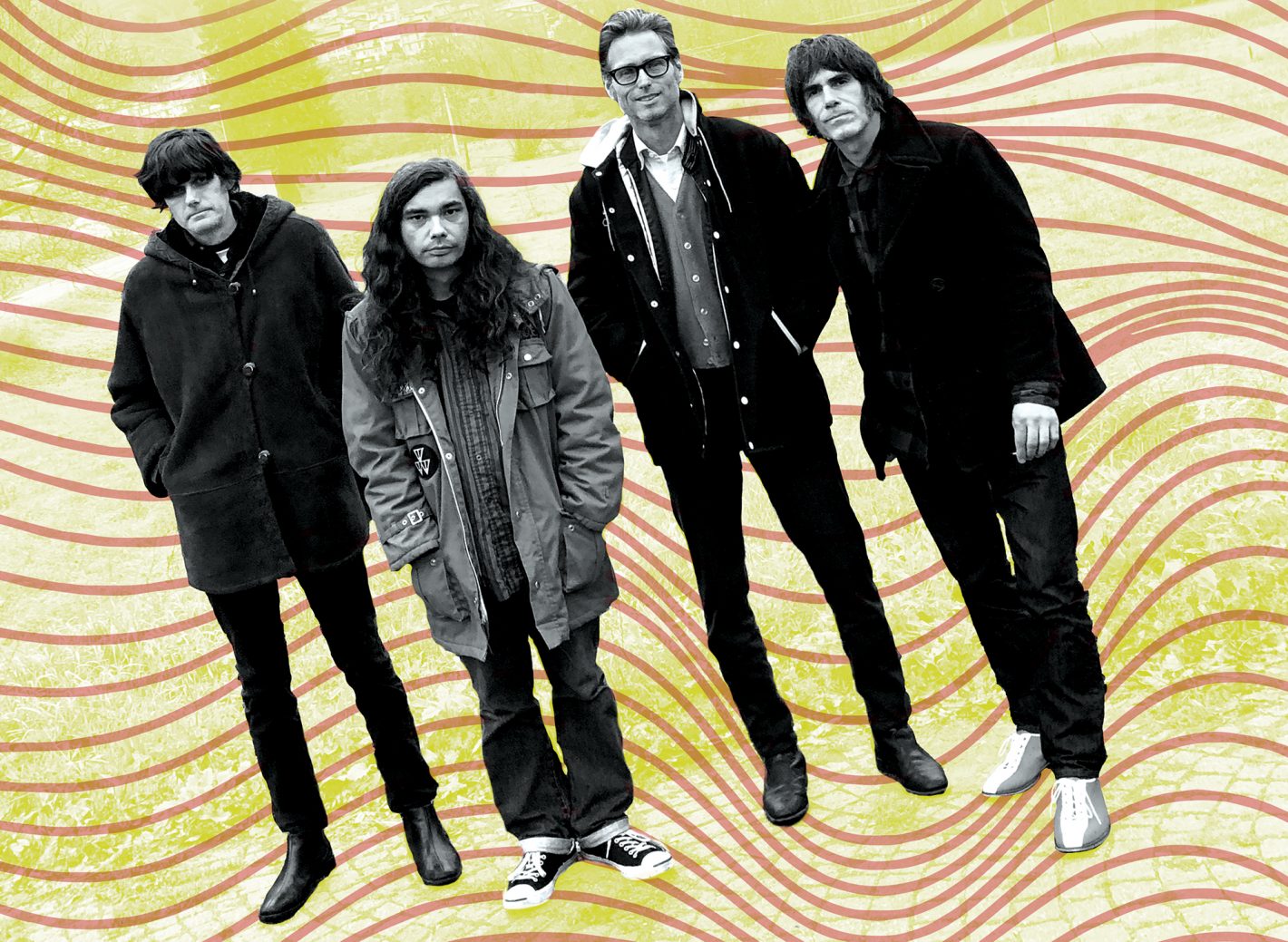 In spite of their name, Sacramento garage rock veterans Th’ Losin Streaks winningly just finished their third release, This Band Will Self-Destruct in T-Minus. Published with Slovenly Records, it was featured as Album of the Day on Bandcamp, a distinction only awarded to, well, 365 bands a year. It’s been 13 years since their last album dropped in 2005, a three-song EP called Beg, Steal or Borrow, preceded by their debut album, Sounds of Violence. So what took so long?

On the cover of This Band Will Self-Destruct in T-Minus is a photo by Th’ Losin Streaks bassist Tim Foster of the band’s iconic van. Royal blue and covered with Mystery Machine-style typography of the band’s name, it was often seen driving around Sacramento or parked on Broadway in North Oak Park. It was while living there that thieves watched Foster leave for Th’ Losin Streaks’ 2005 European tour, and biding their time broke into the house while he was away. The loss of expensive music gear was among the many incidents that contributed to a losing streak that would long term, yet temporarily disband Foster, Stan Tindall (bass), Mike Farrell (guitar) and Matt K. Shrugg (drums).

Another major contributing factor to the breakup was Farrell’s on and off again struggles with drug addiction. Profoundly talented yet troubled as musicians often are, Farrell surrendered to the painkilling allure of heroin and other substances, making it difficult for his bandmates to keep the project going. Now sober for more than three years, Farrell believes that this time it’s going to stick.

“I’m there to kind of just recondition myself,” says Farrell. While he was in rehab, Farrell spent a few years not touching a guitar. 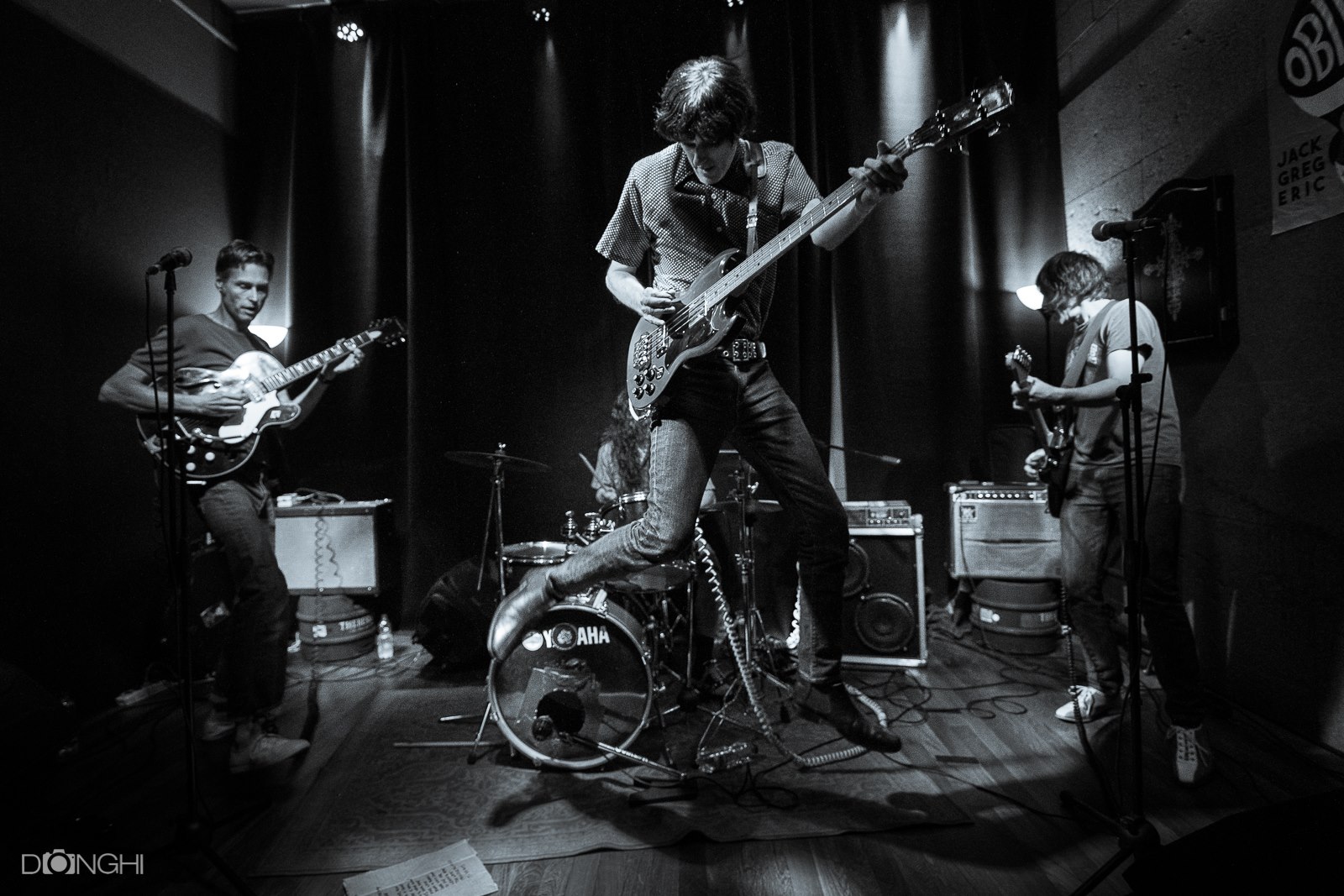 “The inspiration to start playing again came from wanting to play with these guys again,” he continues. “Eventually, I came around to the fact that this is who I am. I’m a musician and I’m an artist. I robbed myself of that, and then came to terms with it. I need to be playing music and move on.”

Huddled around a patio table on a chilly winter evening, Th’ Losin Streaks hardly look like the arsenal of shredding that they are. Tindall and Farrell don Beatles-esque haircuts and quiet manners. Foster carries himself like a hip professional, wearing stylish eyewear and a clean cut. Shrugg, with quintessentially long rocker hair, is soft spoken and mellow.

But when Th’ Losin Streaks take the stage, they start a riot. Muppety Shrugg explodes into a percussive fury while self-dubbed Ol’ Man Foster plays rhythm guitar, screams and spazzes, pacing and rolling around the stage. Farrell, often referred to as Sacramento’s best guitarist, defends his unofficial title with expert fretting and vocalizing, while Tindall jumps around singing and killing his bass riffs.

Their high-energy garage sound and magnetic onstage presence earned them a spot on Burger Boogaloo in 2017, although they had broken up in 2010. It was this opportunity that got the band back together, reliving their psychedelic, garage-punk roots while also evolving into a ‘60s hard-driving, mod, freakbeat sound as they wrote new music. 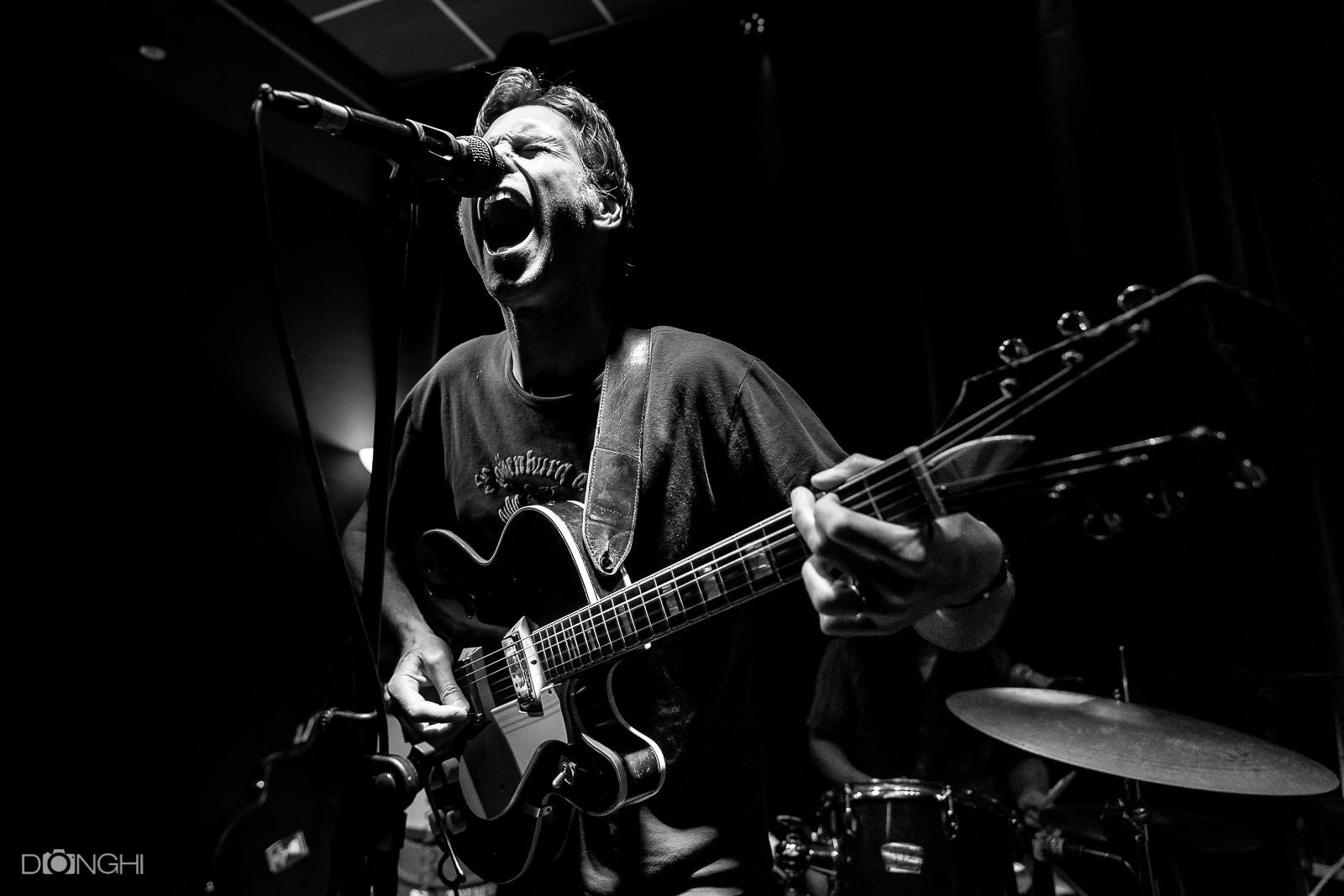 “It was a case of one thing led to another,” explains Farrell. “We got asked to do Burger Boogaloo and we wanted to just get together and play a couple shows. And then that led to recording the record and finally getting it done. While we were recording, that led to the tour.”

In promotion of the new record, Th’ Losin Streaks just returned home from a European tour and will host an album release party at Harlow’s on Jan. 11. Leading up to their departure, they started to sweat it as their record barely arrived on time.

“We got asked to do two festivals that were two weeks apart, so it made sense to do both,” says Foster. “This thing called the Funtastic Dracula Carnival in Spain—they’ve been doing it 13 years—they do this thing where only 1,000 tickets are for sale. The tickets literally sell out in 20 minutes. To get asked is very prestigious. The Trouble Makers [a band that Foster and Shrugg are also part of] actually headlined it five years ago, so we knew it was a crazy fun chance to play. And when they talked to us about playing, we felt we should really try to make this work. And then Pete from Slovenly Records also does a festival in Istanbul. We were like, ‘When do you get to go to Istanbul and play rock ‘n’ roll music?’ and it was two weeks before Funtastic, so we made it into a tour.”

“It was mostly in Italy, our Italian friend Stefano from the Movie Star Junkies helped us book it. We did eight shows all over Italy,” adds Shrugg. 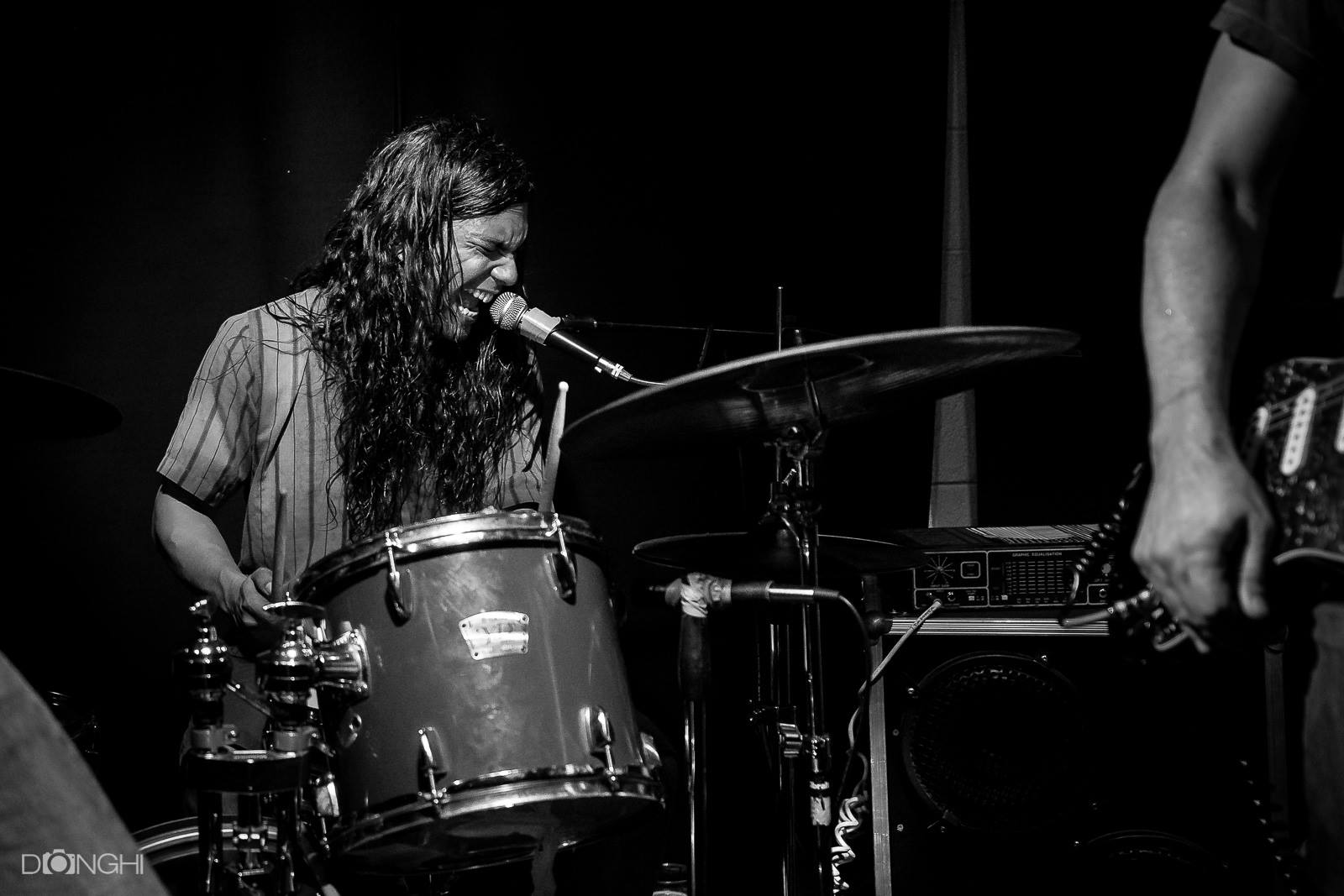 They played the first four shows without Tindall, who was unable to get the time off work, but their friend Alex Adan volunteered to learn all the songs and did a fantastic job standing in. Tindall was then able to join the band in Italy, while Adan stayed on to help out.

“He thought we were playing the Funktastic, so he started learning all our songs as slap bass, and we were like, ‘NO,’” jokes Shrugg. “He learned it all really quickly though; I was impressed.”

While touring, they all do their own thing to stay sane. For example, Shugg enjoys chilling out and listening to music when they’re not playing, while Foster is obsessed with the history of each city he visits.

“You can’t be in that close of quarters with four people for that long on no sleep without needing some alone time,” says Foster. “But we get along pretty well.”

“I think lack of sleep is the biggest thing for me,” relates Tindall. “Staying up late for shows then getting up early to travel can be tough.”

Foster came down with strep throat the last four days of the tour and kept singing, but he says the worst part was the stomach flu that came with it, and hoping that everything would “stay where it belonged” during their live performances. Thankfully, it did.

In Naples, they played with a band from Chile called ANMLS, a punk band that doubled as nice guys. Again, unexpectedly at another show, they ended up on a bill together. Foster was talking with the drummer and discovered that he was a journalist—Foster runs a journalism non-profit. Crossing paths with this band from another part of the world twice was one of the highlights of the tour, and for Foster, he says that meeting rad people is one of the things that makes it all worth it.

Foster also says that when Farrell and Shrugg are onstage, it’s like flipping a switch. 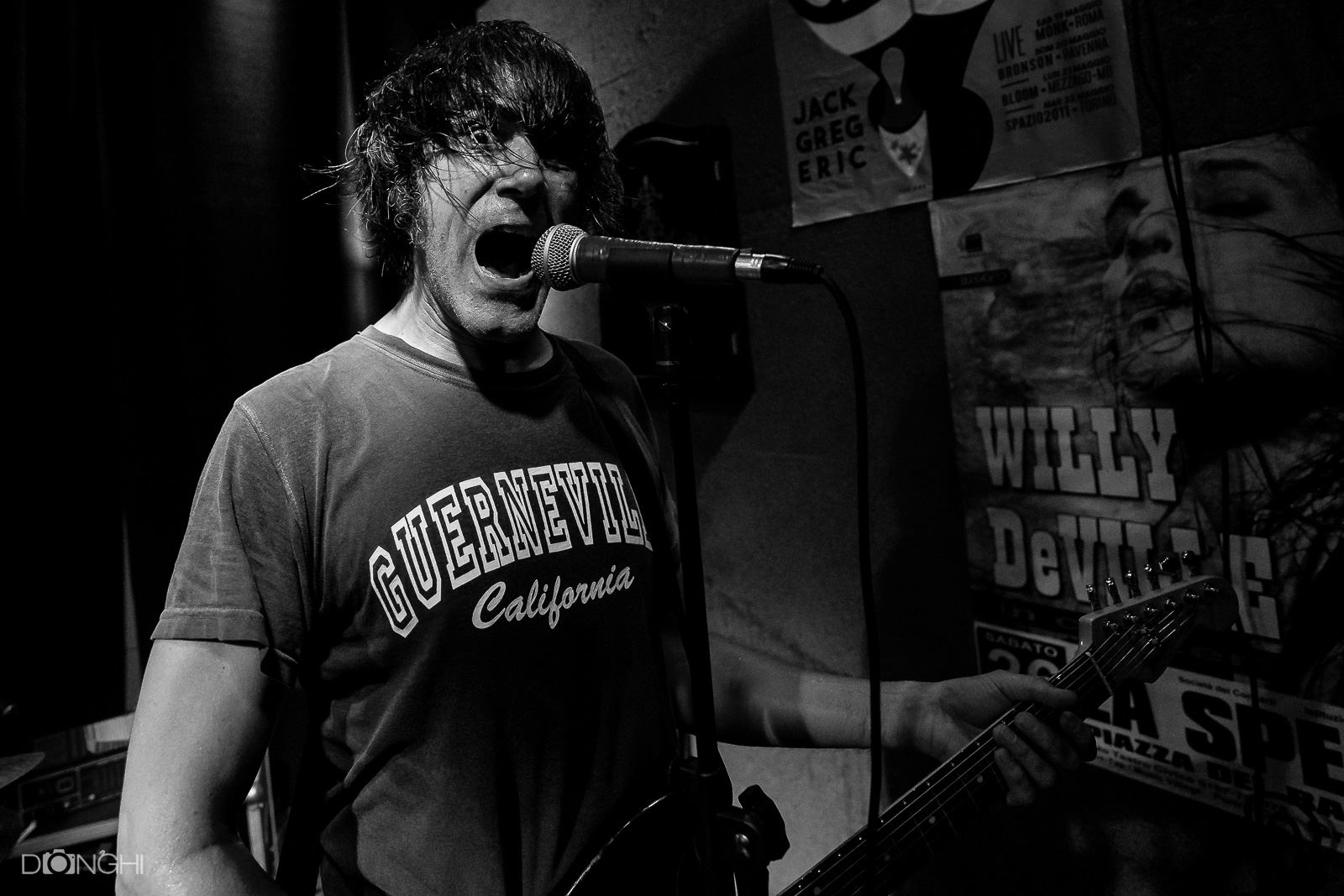 “Its electric,” says Farrell. “I come alive. I think it’s the only time when I’m 100 percent there. A lot of times I’m spaced out and kind of aloof.”

But they also love recording, and for the long-overdue record, they again worked with producer Chris Woodhouse, who has recorded noteworthy musicians like Thee Oh Sees and Ty Segall. It was mastered by Tim Warren of Crypt Records. Woodhouse told the band that he’d recorded 100 albums since they’d last worked together, so he’d learned a few things. They only had a week to make the record, but in spite of juggling work schedules and long hours in the studio, they focused, got an amazing product and it seemed pretty effortless.

Now that this phoenix band has gotten a new album and tour under their belts, their next project is making some music videos.

“We’re going to make our version of November Rain, like 15 minutes long, with an intro to it … I don’t want to reveal too much,” jokes Shrugg. “We’ve got Mike in the desert in the wind playing a solo …”

It’s great to see Th’ Losin Streaks together laughing. Let’s hope this band doesn’t self-destruct anytime soon, and let’s show them how much we’ve missed them. The band’s upcoming release show is sure to be an epic event that by way of ironic good fortune is happening right in our own backyard.