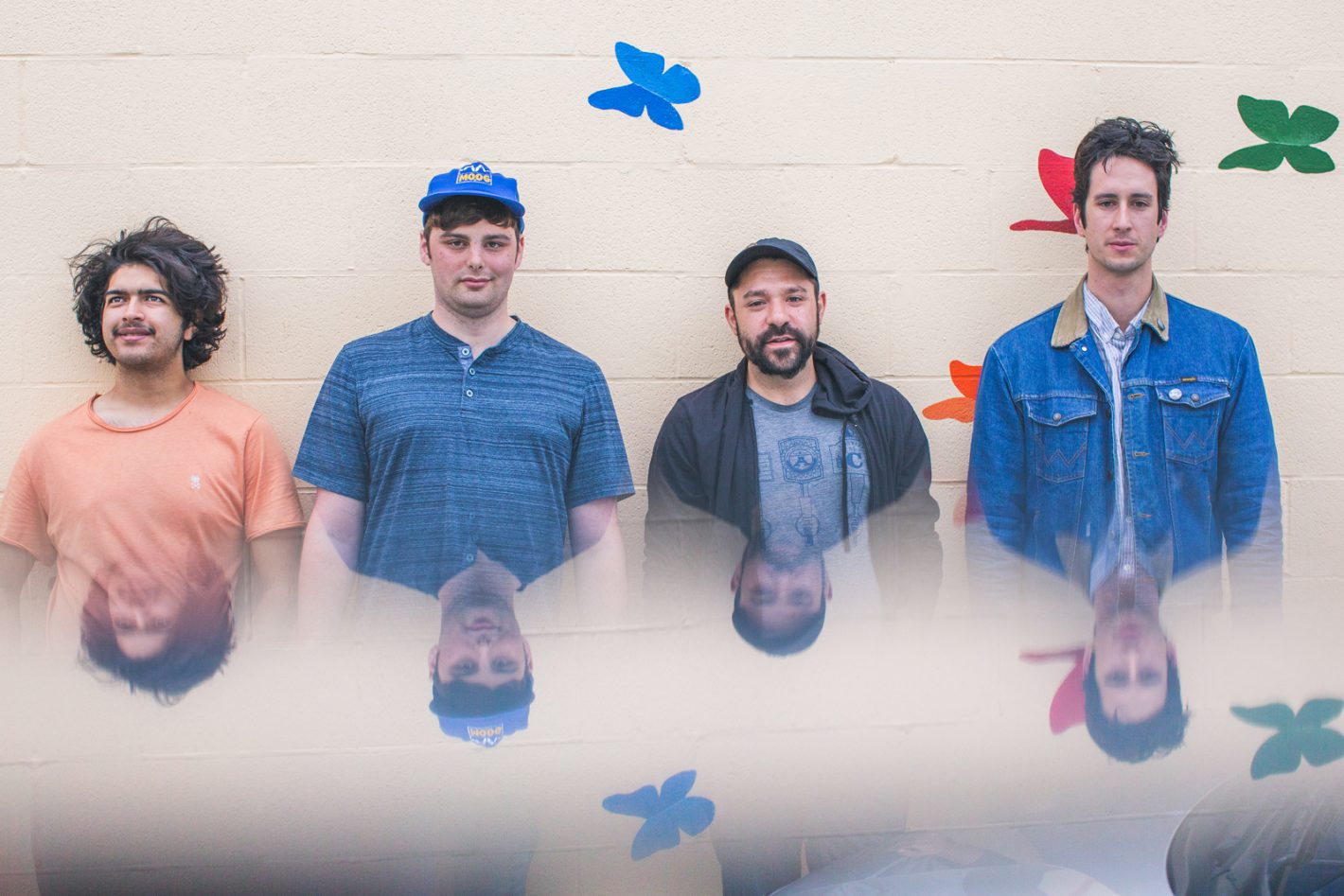 “Everyone introduce yourselves, and I’ll lavish you with praise,” The Ex-Rippers’ founding member/guitarist/singer Julian Elorduy tells his three band brothers. The only thing The Ex-Rippers love more than crafting sonic slappers, is each other. Submerge recently spoke with the self proclaimed “rock ‘n’ roll sweethearts of Sacramento” about their new EP titled, Ex-Tra Natural, and their unapologetically endless affection for one another.

“Gabe is the sweetest guy you’ll ever meet. He is the Ripper!” gushes Elorduy of keys/guitarist Gabe Merriman, who retaliates with some good ol’ reverse dap.

“Julian is the man. I love the guy,” Merriman says. “He has endless energy and creative ideas.” Essentially, the entire interaction with this band consisted of the four guys encouraging and appreciating each other, with the occasional dash of Misery movie references and fanboying over other local bands.

The Ex-Rippers just finished their first EP, Ex-Tra Natural, a true labor of love that was recorded in drummer and backup vocalist Thomas Castillo’s basement in the last year.

Castillo and Elorduy have a super-retro friendship dating back to when they were just 16 years old. A little under two years ago, when Julian moved back to Sacramento from the Bay Area, he and Castillo reunited and formed what was first called The Rippers.

“The name The Rippers kind of started off as a running joke,” said Elorduy. “Every town has a band called The Rippers, so we figured we’d give Sacramento their very own.”

However, when a well-known Italian band called The Rippers (who have played with popular local bands in the past) got wind of the name doppelgänger, they called them up and said something along the lines of, “This does not please us,” causing Elorduy and Castillo to make a change. They then became the technically different—The Ex-Rippers.

Elorduy says of his drummer and longtime friend, “Thomas is literally the heartbeat of the band, so poised and solid as a rock, the glue of our band … He also lets us practice at his house.” Bassist Dwain Navarro agrees, adding, “Everyone really loves and admires Thomas’ mustache as well.”

Ex-Tra Natural plays out as a sort of romantic rock ‘n’ roll adventure set through a sepia lens. Elorduy is inspired by the classic songwriting styles of Tom Petty and the composition spirit of power pop god Dwight Twilley. The band is inspired by stuff like jazz, disco, ‘80s synth pop, Orange Juice and Screature to scratch the mere surface.

The EP is lyrically roused by the “idea of modern lovers,” and a, “personal history documented in the style of the band The Church,” says Elorduy, who writes most of the songs, and the band builds around those lyrics.

“Essentially, we would really like to be the next E Street Band in like eight years,” Castillo says only semi-joking.

The band, despite their diverse music palettes and backgrounds, come together to build a beautifully cohesive body of work. It has a dusty garage feel that is romantic and cool.

The EP opens up with the song “In This Life,” a lightweight, melancholy jammer about the reality of one’s own existence—a heavy subject that makes for pleasurable listening. The songs starts with, “Do you ever wonder what it’d be like to be someone else?/You know you don’t have to be yourself.” It gives the song a cinematic feel, evoking a scene in which a person is walking to some prolific, meaningful song and reflecting on their life as they wander through some sort of beautiful landscape.

There is even a great music video for “In This Life,” in which band friend Zack Raske is walking down Franklin Boulevard in sweltering 100-plus degree heat while wearing a head-to-toe, scary-ass dog costume; finally taking off the dog head to enjoy a milkshake from Scott’s Burger Shack. The video was shot in 8MM format by Julian in what he calls, “Sex, Lies and Videotape style.” 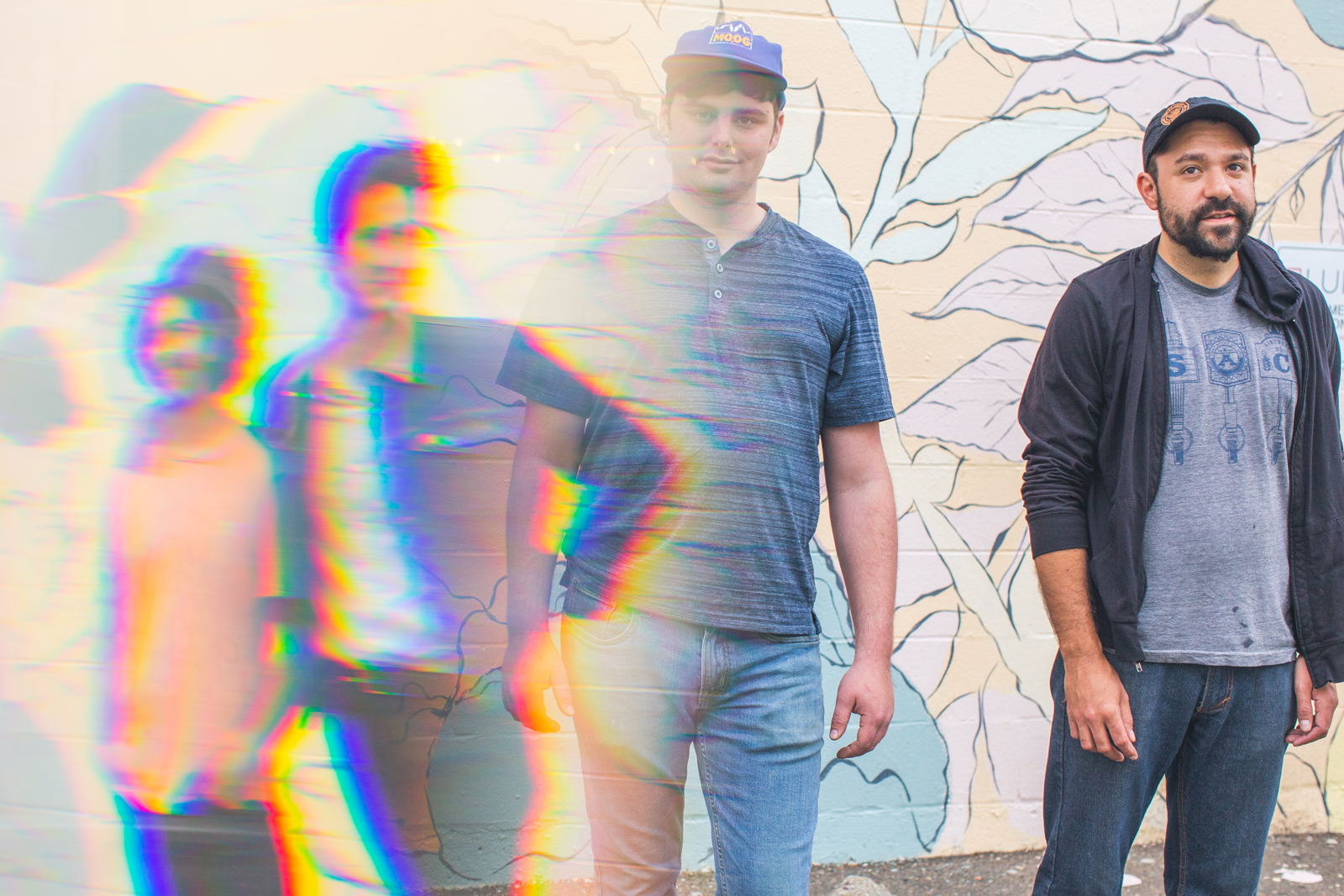 The delightfully pop-y and deceivingly sad love song, “Misery,” is a direct reference to the movie of the same name starring Kathy Bates and James Caan. The band says it is about how the ones that treat you the best and admire you the most tend to hurt you the worst. The most defining lyrics being, “Don’t get caught up in your love/No, no, no,” and, “Have you seen Misery? Do you know what I mean?/Kathy Bates taking shots at someone she loves.”

The lyrics are looped over some tight, cascading guitar riffs and illuminating drum beats. “Misery” is a personal favorite of bassist Navarro, because, he says, “I like the the musical changes in it and I think that Julian’s lyrics pair with the music perfect and provide great mental imagery.” It should be noted that this is the first band Navarro has ever been in, and he actually learned how to play bass from being in the band. He kills it on the EP, and holds his own in the experienced group.

Elorduy also has a mini-media empire of his own called Obsolete Media under which The Ex-Rippers are releasing Ex-Tra Natural. It’s an enterprise that does small tape runs, sets up shows, does write-ups for bands and has a little YouTube channel that features local live performances and short interviews, all shot in 8MM video format. This has made it so that the band was able to completely self-release, while simultaneously celebrating other music acts.

“I am pretty thrilled with the activity in the music scene,” says Merriman. “I love Dog Rifle and Lather Machine!”

As for the future? The Ex-Rippers already have another EP recorded and ready to release in May. They also plan on coming out with a full-length album and touring after the summer when the weather is comfortable.

“In the future, I wouldn’t mind continuing to enjoy nights on Thomas’ porch just hanging out and listening to records and dancing. I love hanging out with these guys,” says Elorduy.

Merriman seconds that comment while adding, “Also, just musically growing with each other. I have learned so much about music in the course of a year by working with this group.”

Castillo agrees, “We just want to continue to hone our sound and keep getting better at what we do. Striving to be a fun and solid unit. In exactly six years and eight months now, we should be that E Street Band.”

The Ex-Rippers will be playing their new tunes at Blue Lamp (1400 Alhambra Blvd., Sacramento) for their EP release show on April 20, 2017. Also performing will be Bachelor Paradise, Boy Romeo and the insanely good funk family band, LaTour. This show will have an $8 cover and get underway at 8 p.m. Stream their new release via the player below.