The Gift Horse by Brown Shoe 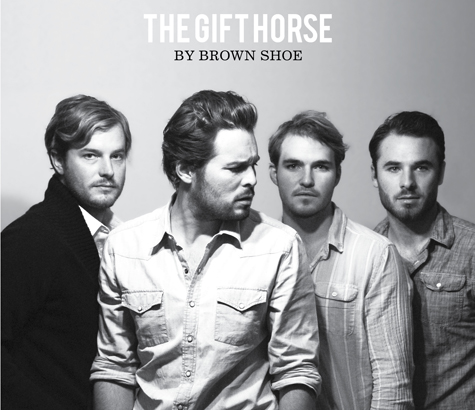 Folsom band Brown Shoe has released one hell of a record in The Gift Horse. Comprising four brothers–Aaron, Bryson, Ryan and Landon Baggaley as well as Chandler Clemons (who the band claims might as well be a brother), Brown Shoe isn’t new to creating sprawling, epic albums. The Gift Horse is their fourth offering and third recorded with Joe Johnston at Pus Cavern Studios in Sacramento. As clichÃ© as it is to say, there really is a little something for everyone on this album, from California sun-tinged indie pop and whisper-quiet singer/songwriter moments to blistering dynamic swells and sing-along worthy choruses. If you dig bands like Bon Iver, Band of Horses, Kings of Leon, Fleet Foxes, Explosions in the Sky, Sigur Ros and others of that ilk, you’re going to feel right at home listening to The Gift Horse. Learn more at Brownshoemusic.com or at Facebook.com/BrownShoeMusic