The Knockoffs and their place in Sacramento’s punk rock history

Country licks with a traditional punk-rock style. Twenty years of street cred earned within the ever-fluctuating Sacramento music scene. Not to mention the immeasurable amount of respect from bands such as 7Seconds, the Groovie Ghoulies, festival organizers and promoters alike. That old school, independent, do-it-yourself mentality all in the spirit of punk rock is still essential for members of The Knockoffs after all this time.

The days when flyers were handed out at shows and littered the walls of bedrooms instead of sidewalks. The times before the Internet was a main tool of promotion, when actual footwork and word of mouth were the standard codes of conduct for bands. These forgotten practices continue to resonate for these four men and after a three-year pause, they’re back and ready to play as loud as they can at this year’s second annual Punch and Pie Fest on Aug. 24, 2013 at Old Ironsides.

“They’re kind of like the elder statesmen of our community. I think that they’re a really important part of Sacramento’s punk rock history. They have been around for 20 years and they have been a great influence on the punk rock community,” says Punch and Pie Fest organizer and Bastards of Young bassist Sean Hills. “I have a lot of respect for them, and I think they are a great example of how to be in a band for that long without killing each other. They’ve been doing it right.”

It’s a roundtable meeting of sorts within the living room of vocalist and guitar player Tom Hutchison, or as his mates like to call him, “Little Tom.” On this Sunday afternoon Danny Secretion, Tom Amberson (aka “Big Tom”) and Bobby Jordan gather around a coffee table, television muted, to speak with Submerge about their love for punk rock music, keeping the scene healthy by ways of encouraging young talent and laughing so hard during practices until their muscles ache and eyes water.

“It’s like we’re in the eighth grade and someone’s parents are gone,” says bassist Jordan of the band’s camaraderie. “It’s one of the fibers of my life.”

Forming in the early ’90s, The Knockoffs have had their fair share of lineup changes. At times, certain members would even jump from guitar to bass and then back to guitar just to keep the process moving. Eventually, the guys found what worked and ultimately solidified their lineup.

Each person comes with their own unique set of experiences or outlooks complete with a list of either a second or third punk rock band they’re also heavily involved in. Like Secretions’ longtime run with The Moans, The Shitty Ramones and The Secretions; or Bobby Jordan doubling up with The Mr. T Experience. Hell, Amberson credits The Knockoffs giving him the opportunity to sit behind the drum kit and learn a completely new instrument by simply joining the ranks. All of these elements are finished with a traditional punk and rock ’n’ roll-style of vocals with just the right amount of gruff, thanks to Hutchison, especially heard within the playful lyrics during songs such as “You Make Me Sit Funny” from The Knockoffs’ second full-length album Sell the Move. 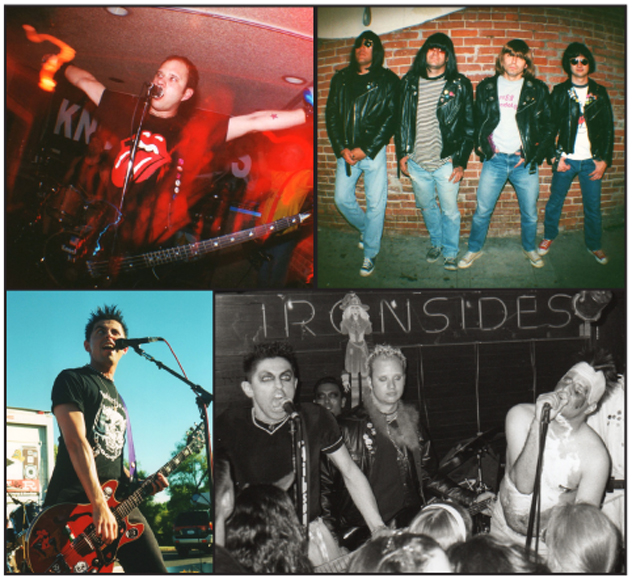 Yet, after all the changes, instrument shuffles and years tacked behind them, their chemistry works. And their time spent performing and practicing as The Knockoffs means more to each member than just another punk rock band they’re a part of. In the end, all members say they genuinely enjoy one another and have witnessed each go through life changes ranging from marriage to welcoming Jordan’s new baby girl to the family.

“Having a baby has made me want to do this even more,” says Jordan. “I want music to be around her while some people retreat in music with babies and families.”

Encouraging music within a younger audience is a duty each member of the band adopts with no questions asked; to them it’s necessary to keep the tight-knit punk rock community healthy. Both Secretion and Jordan recall bands like 7Seconds and the Groovie Ghoulies mentoring them, by means of showing them the unspoken codes of ethics, respect and even honesty when it comes to door money.

“We were really lucky that we had those bands take us under their wing,” remembers Secretion. “The thing that I notice is that the older bands kind of groom the younger ones. When you see bands like Mad Judy or Abandoned Generation, these kids are too young to even get into the shows we’re playing, but seeing them and the younger generation of punk rock, I know it’s going to be OK in Sacramento.”

These four men remember performing shows at Old Ironsides 20 years ago for five bucks. Fast forward a couple decades later and the guys are still playing shows at that price—and happily, which Jordan says is a testament to The Knockoffs, genuine love for the music alone. And they aren’t planning on closing their guitar cases or retiring their drum sticks ever—they’re all here to stay.

“We’re like an old, wore out, stinky pair of shoes,” jokes Jordan, sitting next to Hutchison and directly sending the rest of the guys into laughter.

“I’m looking forward to just playing my guitar as loud as possible and looking over my left shoulder and seeing these guys play their asses off,” says Secretion. “That’s going to mean so much. You ain’t seen the last of us.” 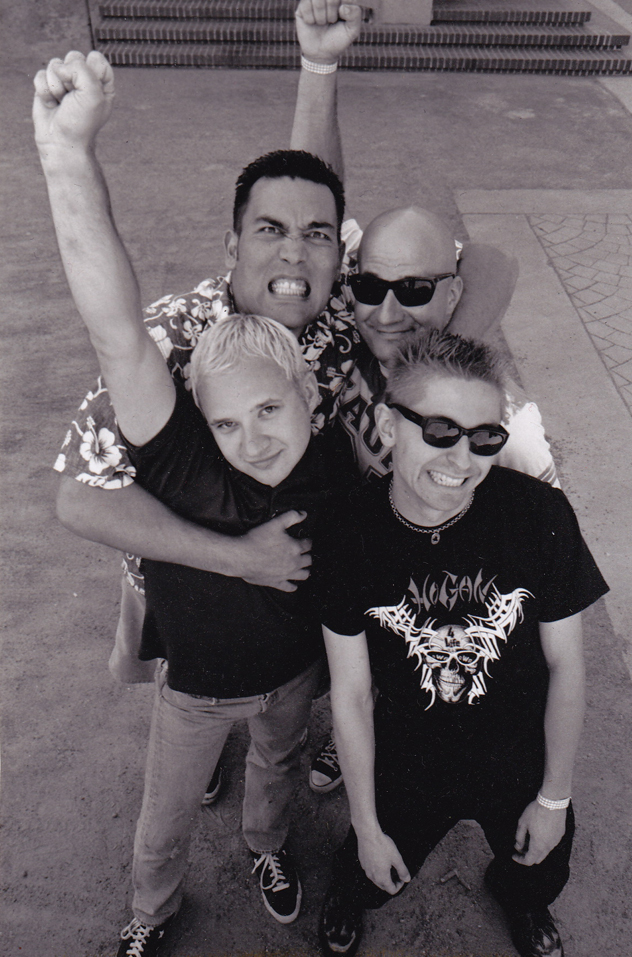 Punch and Pie Fest 2 will heat up Sacramento Aug. 21–25, 2013 at The Press Club, Old Ironsides, Midtown Barfly and Luigi’s Fungarden. The Knockoffs will perform at Old Ironsides on Aug. 24, 2013 with Dr. Frank, Bright Faces and Arts and Leisure. For a full Punch and Pie Fest schedule, go to Punchandpiefest.com or go to Facebook.com/punchandpieproductions. 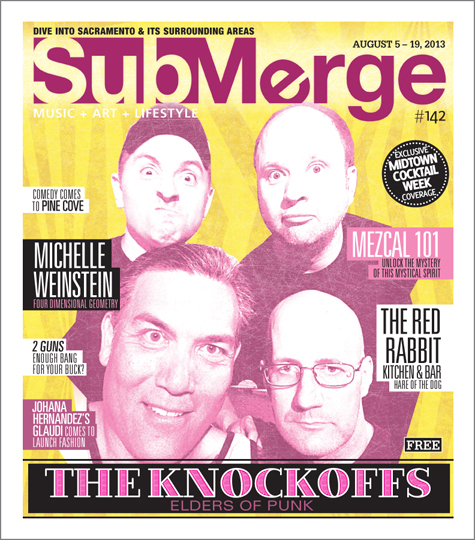