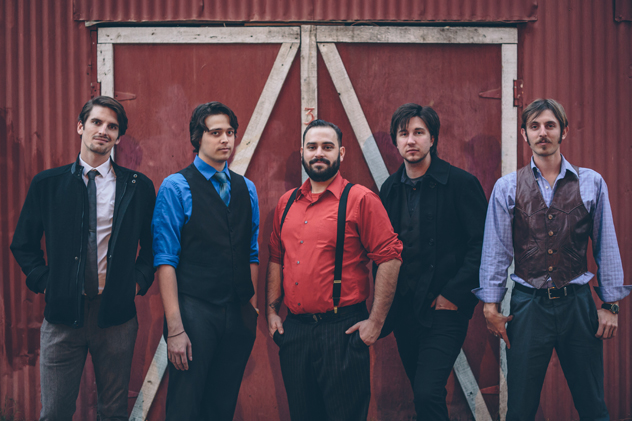 The Old Screen Door is a super talented local “Rock N’ Soul” band that’s been working hard and paying their dues since they first emerged on the scene in 2011. They’ve earned themselves some huge gigs like opening for The Mother Hips during last year’s Concerts in the Park series, as well as opening for international touring band The California Honeydrops at Assembly. The Old Screen Door isn’t slowing down, either. Their newest release, The Seduction EP, which was recorded in November 2013 at Pinnacle College’s recording facility and was produced by Dave Jensen, is now available for purchase online through iTunes, CD Baby, Amazon MP3, and on Spotify for free streaming. Definitely make sure you check out the track “Death and Taxes,” which features a shredding guitar guest spot by JR Halliday of ZuhG! The official release party for TOSD’s new EP is going down on Saturday, March 1, 2014 at Torch Club. That one starts at 8 p.m. You can also catch them on Valentine’s Day (Feb. 14, 2014) at Marilyn’s on K, which gets underway at 9 p.m. For more information, hit up Theoldscreendoor.com or Facebook.com/theoldscreendoor.