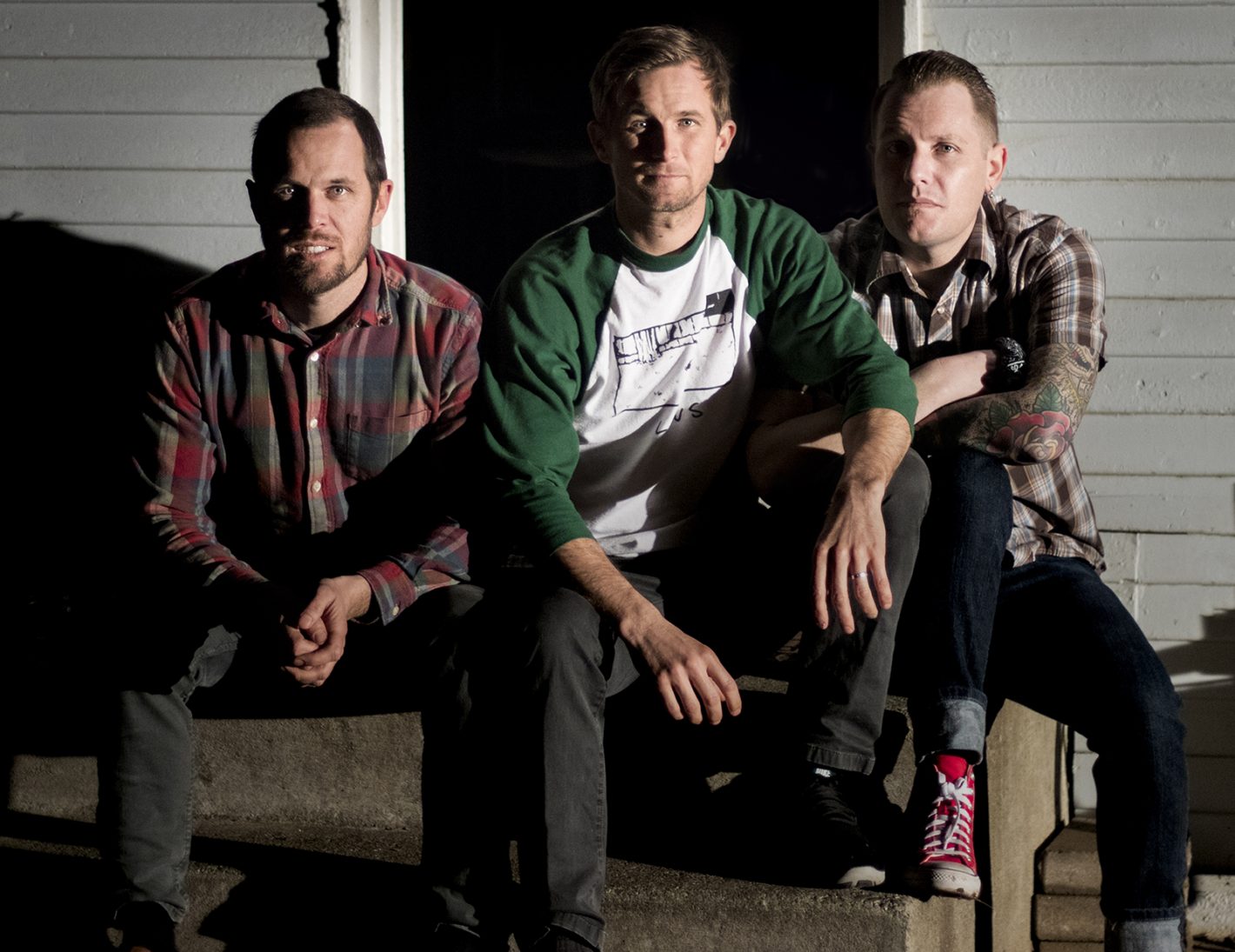 For a band, fitting into a genre can be tricky. Music is often subjective, fluid, personal, but it also has to find a venue and an audience. For Winters-based trio The Polyorchids, they weren’t quite sure where or what that was. The group, consisting of Justin Cox, Tony Clark and Travis Cox, are old friends who grew up listening to punk music, tapping into the community in the neighboring city of Sacramento. The songs they were writing, however, didn’t totally fit that.

“Tony and I wrote all these songwriter-centric folk songs, and then turned them into songs for this band,” Justin Cox said. “We lived in Winters but we wanted to play in Sacramento, [so] we kind of amped all these songs up.”

Though the songs sped up, they also remained versatile in their original scaled-down form. It wasn’t so much catering to a scene as always being slightly different than the rest.

“We play Winters and we’re sort of the loud band of people yelling and making a bunch of noise, and then we play in Sacramento and we’re the catchy band you can hum along to,” Justin said. “It’s kind of funny, but we do both these things at the same time.”

The Polyorchids were formed thanks to good timing; after bouts in Chicago and San Francisco, Justin found himself moving back to Winters just as his brother Travis was returning from Vallejo, and Clark from Maine. With everyone back home, the group began getting together again. The three started playing together as early as high school under the name Mr. Nobody. Each went off to college and returned and started a new band called Stenna and the Poison Apples. There’s an EP floating around from the project circa 2008, but aside from a few local shows, the guys didn’t do much else with the project, and slowly it folded as Justin headed off to grad school.

“Maybe it had something to do with living in Winters or some kind of inferiority complex, but we never really took it as seriously as we should’ve,” Justin said. “I think in a way it was like, ‘We’re just some kids in a small town playing music,’ so we never tried to book a tour, we never played a show in Sacramento even. With [Polyorchids], Tony and I had written a bunch of songs over the previous years, what if we take these songs and flesh it out? The real impetus for it was let’s book a tour. We see bands do it and we’ve never tried it, and I’d like to actually know what the experience is like.”

So they did. In 2015, following the formation of their newest iteration as The Polyorchids, the guys booked a little over a week of shows up and down the California coast. The experience even seeped into the new record, starting with the first track, “The Lark,” which centers around their very first show of the tour at the Shanachie Pub in Willits (named after the motel they stayed in that evening). The song lyrically moves in a play-by-play fashion, heavily inspired by Courtney Barnett, who’s mentioned in the first verse.

“It was a very deliberate thing,” Justin said. “I remember loving the way she writes. These are just all-the-timey little things that standing alone don’t try to say anything profound, but added up represent something. Writing that song was almost an exercise.”

The rest of the album essentially follows suit, with a balance of Justin and Clark taking lead on each song, packed with frank observations and at times blunt revelations, as heard on “Skeletons” where Clark and Justin harmonize, “I wish I could be honest about how I feel, where there’s no danger of creeping you out.”

In fact, the album’s full of sincerity, like “Down in the Desert,” a tribute Justin wrote to his uncle, a make-up artist down in Arizona who recently passed away. Part of the songs’ earnestness comes from their delivery. Justin’s voice has a quality akin to Mountain Goats’ John Darnielle, with a clear timbre and slight nasal texture, a tone he’s developed from self-instruction.

“There are a lot of people you meet, especially extroverted people, who just can sing really well right away. It’s like they don’t even know they had to learn to sing in key, and I wasn’t one of those people,” Justin said. “For about two years I think I wasn’t even aware I couldn’t sing. I just slowly did it and got better, but it was in a way that you find what you can do and try and make your own thing of it.”

The influence for the project stems from what Justin referred to as “punk adjacent” projects with more emphasis on lyrics, like Bright Eyes, Kevin Devine, Manchester Orchestra, even Jackson Browne. While their initial Popgun EP from 2016 was simply executing fully written songs, the recording process for their self-titled full-length was looser, with Justin and Clark coming in with small ideas that were fleshed out as a group.

“I think it has an impact on the way you go about writing,” Justin said. “You hear these dynamic things you’re not even thinking about when you’re writing a song that’s just gonna stand alone on acoustic guitar. [It] was a fun process.”

Some songs were crafted almost completely on the spot, meaning they’ve barely been played live.

“There’s a handful of songs that we finished writing as we recorded them,” Justin said. “They’ll get played at these release shows.”

As the band gears up to release their record, a few life changes have taken place. For the last few years Justin has worked for UC Davis’ Wildlife Health Center. The job has recently relocated him up north to Orcas Island, though he’ll be returning to the area often. His brother, Travis, also recently had a baby. All in all, life once again has put the guys in separate places. Their touring life might be slowing down, but they’ll still be The Polyorchids, writing whatever comes to mind, however it feels right.

“I think the songs we write are the songs we write,” Justin said. “Starting this band, we were deliberate about, ‘I’m not gonna play acoustic guitar with this, we wanna be a plugged in electric guitar [band].’ We were pretty specific about ‘does this feel like it could be a Polyorchids song?’ If you’re just taking whatever song you have and making it slightly faster and slightly louder, you very easily do a disservice to those songs. Any song I start writing I know pretty early on if I wanna stop. Tony, he’s constantly writing them, that maybe they’ll become Polyorchids songs but the ones we’ve chosen are the ones that fit. We’re not super deliberate about what we’re doing, but we know we’re not some super technical band; we also know we’re not [an] acoustic folk band. We exist somewhere between, and we’re comfortable in that space.”

Catch The Polyorchids live Friday, April 13 at 7:30 p.m. at the Palms Playhouse (13 Main St., Winters) for the release of their self-titled debut LP. The Big Poppies open. The next day at 8 p.m., the band comes to the Colony (3522 Stockton Blvd., Sacramento) for another release gig, this time with Sun Valley Gun Club, Jesus and the Dinosaurs, and The Car Crash Hearts in support. Visit Facebook.com/polyorchids for more info.