The Skivvies to Bring “Stripped Down” Performance to Sacramento’s B Street Theatre • June 30, 2017 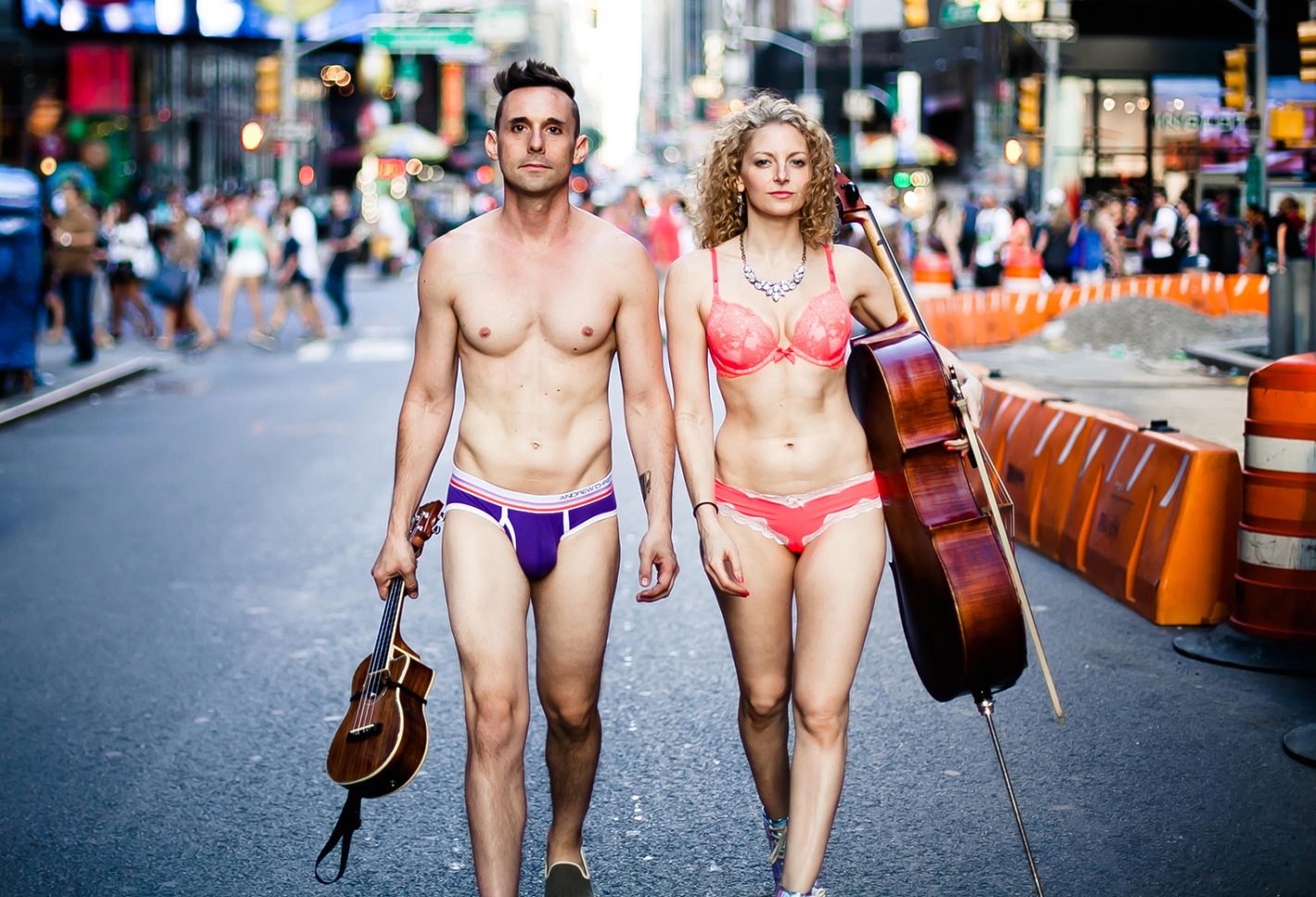 Clothes are cool and all, but not as cool as seeing people in their underwear. Do you know what else is cool? Live music. In a stroke of genius, The Skivvies, comprised of actors/musicians Lauren Molina and Nick Cearley, figured out it would be awesome to combine the two. According to The New York Times, The Skivvies are “a hot musical comedy duo specializing in unexpected arrangements, incongruous mashups and, of course, highly toned displays of skin.” The group will play Sacramento’s B Street Theatre on June 30, 2017. You can expect to hear an eclectic setlist of covers and even some originals, jamming on guitars, cellos, ukuleles, etc., and see plenty of skin. So really, this is two Senses in one. That’s serious value, and all for just $25 per ticket. Get your tickets at Bstreettheatre.org. The lobby will open for the performance at 9:30 p.m.