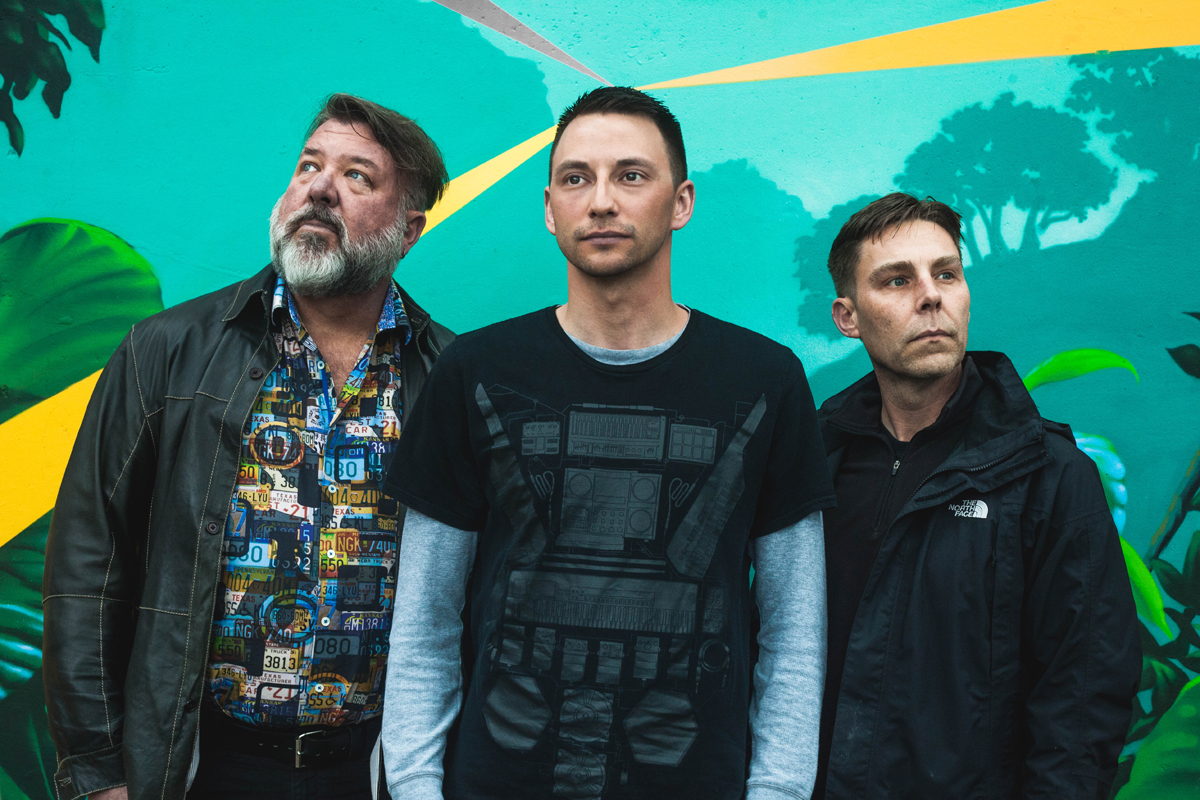 You get the impression that the guys in Thieves These Days originally got together for some big heist job that fell through. This isn’t really because the band feels like a consolation prize, or that the project gives off the aroma of failure, but simply put: they seem like a ragtag group of characters from very different walks of life who somehow found themselves in a room, putting their head together for something big. And since a couple of them work for the state of California, one can only assume they didn’t succeed in any sort of big payday.

All jokes aside, Thieves These Days are about to drop their debut album, Silhouettes, after two years of hard work and dedication. Consisting of Jacob (aka Cody) Burnett on vocals, guitar and keys, John Blomster on vocals and guitar, bass player Jonathan Bernstein and Keith Krautter on drums, Thieves These Days have spent the first two years of their existence perfecting, tooling and retooling their sound, and they are ready to release their finished product to whoever is willing to listen.

“We were playing together for a year,” said Blomster during a phone interview with Submerge, “and it wasn’t even a couple of months in before songs began to take shape, or the songs you see reflected in the album started to take shape. We just got together and it was just fun. We would bring beer over, spend a whole afternoon or evening just playing, jamming, tweaking stuff; standing outside listening to music and talking. [It was] really laid back.”

Krautter, who at 55 is the oldest member of the band by far, has his theories on why the band gelled so well right out of the gate. “There’s no ego in the band at all,” said Krautter, “and that’s one of the reasons I think we just enjoyed jamming and writing together, and playing was sort of an afterthought, occasionally. But we definitely wanted to capture our stuff on a nice recording, you know, have something to show for our work.”

“For us, it’s a release,” continued Krautter. “We all have tough day jobs, and getting together and playing is just a release.”

As previously mentioned, two of the members are state workers—Krautter, who works in IT, and Bernstein, who works in human resources. Blomster works in the field of tourism marketing, and Burnett … well, Burnett is their barber, who fate would have it was the catalyst that brought the four of them together.

“I moved here from Ohio a couple of years ago,” said Krautter, “and I was in bands my whole life over there, and through a friend of a friend I met Jonathan, and we started jamming with some people. Then I was telling my barber about it, and Cody’s my barber, and he’s like, ‘Hey, you know what? I play.’ And I’m like ‘Really?’ So he came over and we just clicked. The three of us just really clicked. We started writing immediately.”

Blomster’s experience was nearly identical. “I had just moved back from San Francisco,” he said. “I’m from Sacramento and I had been living and just moved back, and I was talking to my barber at the time about some work I had done on my guitar, and he had mentioned he was playing with a couple of guys. I came and basically auditioned, and I joined about two years ago. And once I joined, we started really writing in earnest.”

After two years of building and reshaping material, the band was ready to hit the studio. Following some experimentation with self-recording and an unsuccessful studio experience, the guys finally were able to find the right setting to sit down and lay down some tape, resulting in their impending debut.

“We recorded this album at Earth Tone Recording Company, with Patrick Hills, who is just an absolute legend when it comes to local bands,” said Blomster. “We had gone through experiences with recording, whether on our own or with other places, but once we found Patrick, and Earth Tone, it just clicked like crazy. It was the most natural experience. It’s this great space, we were recording in the room next to Rituals of Mine, who was practicing. The whole experience was so easygoing that we recorded the first half of the album over the course of one weekend, then we came back a couple of weeks later to do the rest of it.”

The final product feels like a labor of love. “Wanderlust,” the second track, is mellow, dance-y and hook-laden. “Eyes Wide at Midnight” causes nostalgia for indie acts like Saves the Day or The Get Up Kids. Album-opening track “Imposter” is more reminiscent of the early-‘90s Sub Pop days. All in all, with so many influences and sounds, Silhouettes feels complete, not scattered.

Blomster explains the meaning behind the title. “It was a callback to a lyric that really stands out in that particular song,” he said. “All of our songs are very personal, and it’s been over the course of these two years that we have shaped not only our sound but also grown together as individuals, as musicians. This idea that you leave a certain shape of yourself behind as you grow and become a more complete and wiser person, you leave these silhouettes behind that are always there with you, but ultimately are not the person you are anymore. That’s also kind of what the name of the band means: we are all borrowing from different experiences in our lives constantly, and that kind of tapestry of ideas, of philosophies, of people, of friendships, they really shape who you are, and they also shape the music you make.”

While the four members are not a random assortment of criminals, seething over a criminal wealth sadly unachieved, what they are are ingredients to a unique recipe. While you might not expect certain elements to pair so well, they do. And they compliment each other quite well.

“We come from different places, the four of us,” said Blomster, “and together we make up something that is greater than the sum of its parts.”

[Editor’s note: Though Thieves These Days is a four-piece band, you may have noticed only three musicians featured in the photos accompanying this article. Jacob Burnett has recently relocated to Los Angeles, according to an email we received from Keith Krautter. Burnett will return for the band’s upcoming CD release show at Old Ironsides; however, this may be the band’s last performance for a while. “We plan to keep writing together, but will only be playing major events in the near future,” Krautter wrote. “That’s why we’re calling the [Old Ironsides] show a CD release/farewell? party … We hope to keep it going, but we just won’t be playing out that much.”]

Thieves These Days celebrate the release of Silhouettes and play what they describe on Facebook as their “last show for the foreseeable future” April 8, 2017, at Old Ironsides, located at 1901 10th St. in Sacramento. The 21-and-up show starts at 8 p.m. and also features Vinnie Guidera and the Dead Birds, Streetlight Fire and Odame Sucks, with admission costing $10 at the door. Find out more at Facebook.com/Thievesthesedays. Stream their album below.