Bring on the Beats • THIS Is Midtown Second Saturday Block Parties Return May 13, 2017 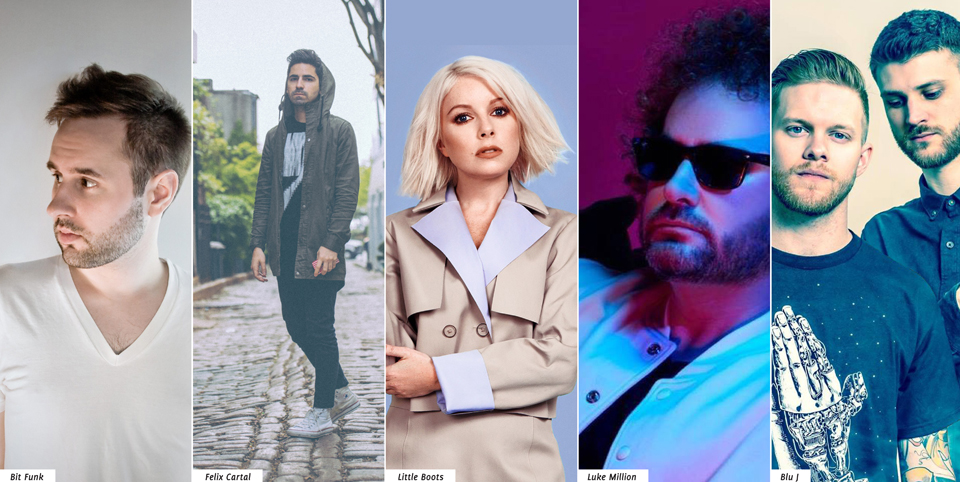 In Midtown Sacramento, one local concert series is coming back to help prove that you don’t have to break the bank to have a good time and see top-notch DJs and bands. THIS Is Midtown (referred to by locals as simply “THIS”) is a series of carefully curated block parties that are 100 percent free for all ages to attend and go down on Second Saturdays on 20th Street between J and K, right outside the MARRS Building. The series returns on May 13, 2017, with some heavy hitters in the dance/electronic music world, namely two Brooklyn-based producers/DJs, Bit Funk and JNTHN STEIN, with local support from funk/soul/disco-inspired duo Blush and DJ Satapana. On June 10, THIS will be back at it again with Vancouver-based DJ and EDM producer Felix Cartal headlining, with support from San Francisco duo NRVS LVRS and a DJ set by Jon Reyes (of the Sacramento-based hip-hop/electro group DLRN). Other artists to look forward to seeing perform throughout the concert series are: Little Boots, a popular DJ, songwriter and producer from London (playing THIS on July 8); Luke Million, a master of synths and funky dance beats who will be visiting Sac all the way from Australia (he plays on Aug. 12); and Blu J, a relatively new and somewhat under-the-radar DJ-producer duo that is primed and ready to blow up the international festival circuit (they play THIS’ finale on Sept. 9). Each installment of THIS also features art, vendors, food, beer, cider and a lot more. Events run from 4:30 – 9 p.m. To learn more and to see the full lineups, visit Facebook.com/thismidtown or Instagram.com/thisismid916. Crank up THIS’ 2017 SoundCloud playlist below and get hyped for the parties.