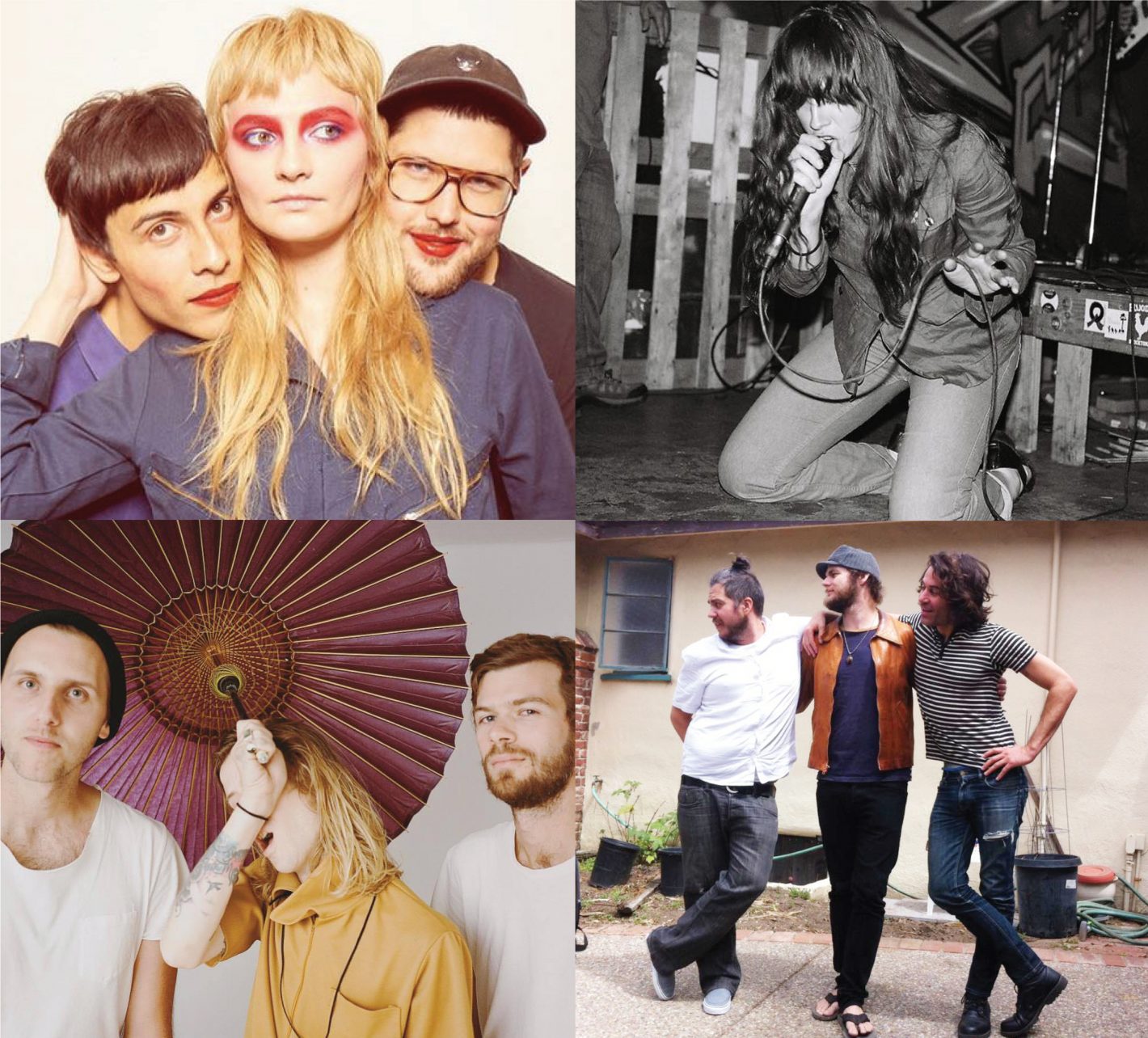 The Red Museum is a DIY local arts space known for hosting an array of live concerts, exhibits and other creative events at their location in downtown Sacramento (212 15th St.). Their second annual fundraiser Red Ex: Vol II—a recipient of one of the City of Sacramento’s Creative Economy micro grants announced in 2017—is coming up on Saturday, Sept. 22. Red Ex is a one-day music festival on two stages (one indoors and one outside) that features 11 bands from Sacramento, Los Angeles and the Bay Area, including headliners Cherry Glazerr, as well as Drug Apts, Curls, Tiki Dreamers, Exquisite Corps and more. Expect everything from groovy indie-punk, to noise rock, experimental pop, singer-songwriter and a blend of other genres.

In a press release submitted to Submerge, The Red Museum’s Jennifer Jackson stated, “We’re excited to bring this kind of line-up to Sacramento—it links the music sound we’re cultivating here with what’s going on in bigger music hubs.”

She went on to say, “And adding local food, drink, and visual artists to the mix helps tie it to the larger creative community here.”

As hinted, there will also be an all-local lineup of food offerings, as well as wines from Bogle Vineyards, brews from Ruhstaller and other refreshments from Burly Beverages. You can even check out a mobile bookstore in a converted bus called The Road Virus that highlights fringe literature, as well as installations from local visual artists. Tickets for this event, which starts at 3 p.m. and is all ages, are $25 in advance, or $30 at the door. Hit up Theredmuseum.com, Facebook.com/theredmuseum or Redexvol2.eventbrite.com to secure your discounted advanced tickets and to keep in the loop with what the fine folks at The Red Museum are up to. Underground art spaces like theirs are vital, so please support them in whatever way you can.

If you’re looking for a more light-hearted way to support a great local cause, check out the upcoming Comedy Night Fundraiser on Friday, Oct. 12 benefiting the Boys and Girls Clubs of Greater Sacramento, whose mission is to “inspire and enable all young people, especially those who need us most, to reach their full potential as productive, caring, responsible citizens,” according to the organization’s website, Bgcsac.org. The event will be headlined by Steph Garcia and will also feature David Lew, both of whom are hilarious and bring with them a ton of experience. Garcia has been seen on ABC, Comedy Central, Good Day Sacramento and more, and Lew has made appearances on Last Comic Standing and The Food Network’s Throwdown with Bobby Flay. Tickets for this benefit are just $20 in advance, or $25 at the door. The show will take place at the Boys and Girls Clubs of Greater Sacramento’s Raley Branch in downtown Sacramento (1117 G St.), starting at 8 p.m. This show will be for 18-plus only, and you can find more info at the organization’s website or by calling (916) 392-1350. 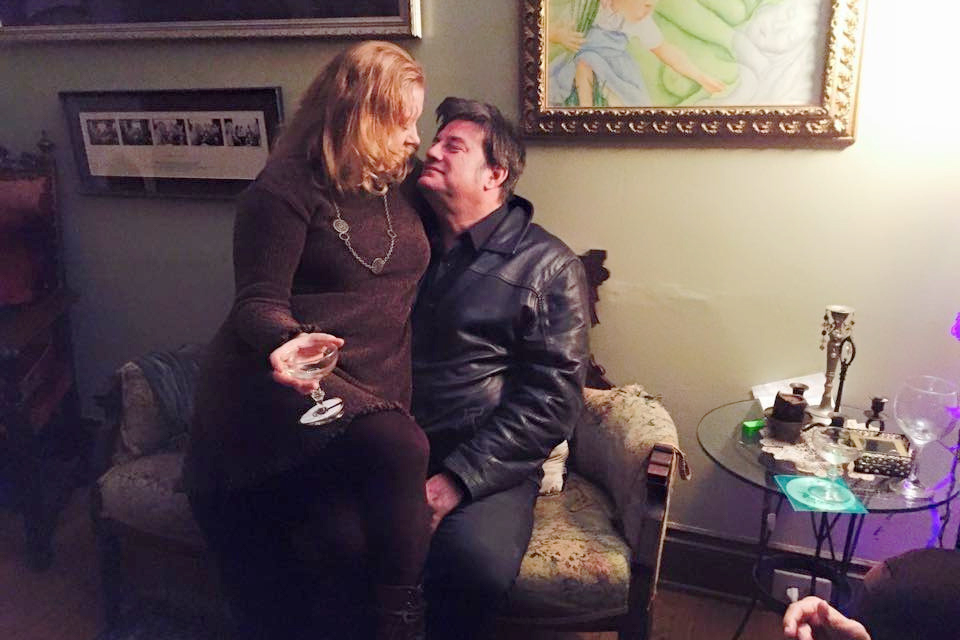 Jerry Perry and his wife Linda

If you’ve been in any way involved in the local music scene in Sacramento over the last couple decades, you no doubt already know who Jerry Perry is. If you don’t, just know that he’s one of the most important figures in the scene, having booked countless legendary shows at the Cattle Club back in the ‘90’s, as well as publishing local music rag Alive and Kicking for many years, to more recently being involved with great local arts organizations like Chalk It Up. Perry’s support of the local music scene is pretty much unmatched and, well, unfortunately, he recently suffered from a stroke and is in a local hospital working toward recovery. Obviously, his medical costs are enormous, so longtime friends and family pretty much immediately banded together to organize a big, badass Benefit Concert for Jerry Perry that will be going down on Saturday, Dec. 22, at Harlow’s (2708 J St.) and MOMO (upstairs from Harlow’s), so please be sure to mark your calendars and come on out to support this great man and his family. A killer lineup of old school Sacramento bands are already signed on to play downstairs, like Kai Kln, Little Guilt Shrine, 99 Tales, Nothing But a Nightmare, The Trouble Makers and The Rosebuds, and a sweet list of “solo” acts will be performing upstairs, like Jonah Matranga, Kevin and Allyson Seconds, Anton Barbeau and others, plus DJs in between, before and after. Tickets are already on sale now for $25 in advance, available through Harlows.com or Abstractpresents.com. Prices jump to $30 day of show. All ages will be welcome from when doors open at 2 p.m. through 10 p.m., after which it will become 21-plus. Here’s to a speedy and full recovery, Jerry! Long may you rock, my friend! If you can’t make the benefit show but would still like to donate, look up their GoFundMe page by searching “Help for Jerry and Linda Perry.”