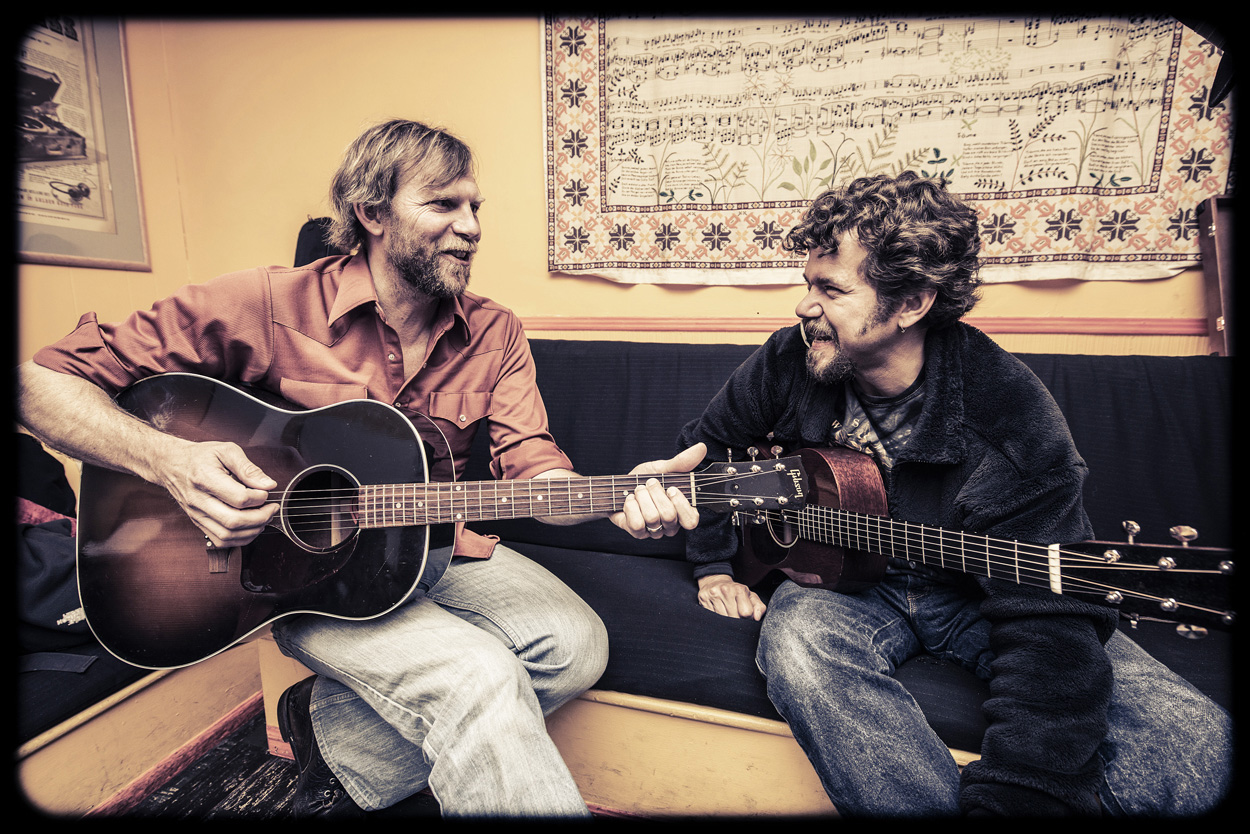 While most know Tim Bluhm as the frontman of Chico, California’s greatest export since the beer bong, The Mother Hips, the singer/songwriter has also dabbled in many other projects with great effect. For the uninitiated, Bluhm also played in the Skinny Singers (with Jackie Greene), Brokedown In Bakersfield, Ball-Point Birds, The Rhythm Devils (featuring The Grateful Dead’s Mickey Hart and Bill Kreutzmann) and more. His upcoming show at Grass Valley’s Center For The Arts pairs him up with friend and musician Scott Law in what is sure to be a heady evening of music. Submerge caught up with him in between sets at a recent Mother Hips show to hear more. “The set up will be me on an acoustic guitar and Scott on an acoustic guitar and an acoustic baritone guitar. When you play in this configuration it emphasizes the playing itself and, of course, the songs themselves,” said Bluhm. “We are going to be playing songs that we have been writing together over the past year or so. We will sprinkle in a few of our respective songs from the past, maybe a brand new Mother Hips tune, and maybe one or two covers. In October we will go to Italy for a month and play some shows with some Italian and American musicians. Scott is a musical resident at Terrapin Crossroads in San Rafael and he will often invite me to come and play an impromptu show there.” Tickets for the 8 p.m. show are $17 for members, $20 for non-members. Find out more and secure your tickets online at Thecenterforthearts.org/tim-bluhm