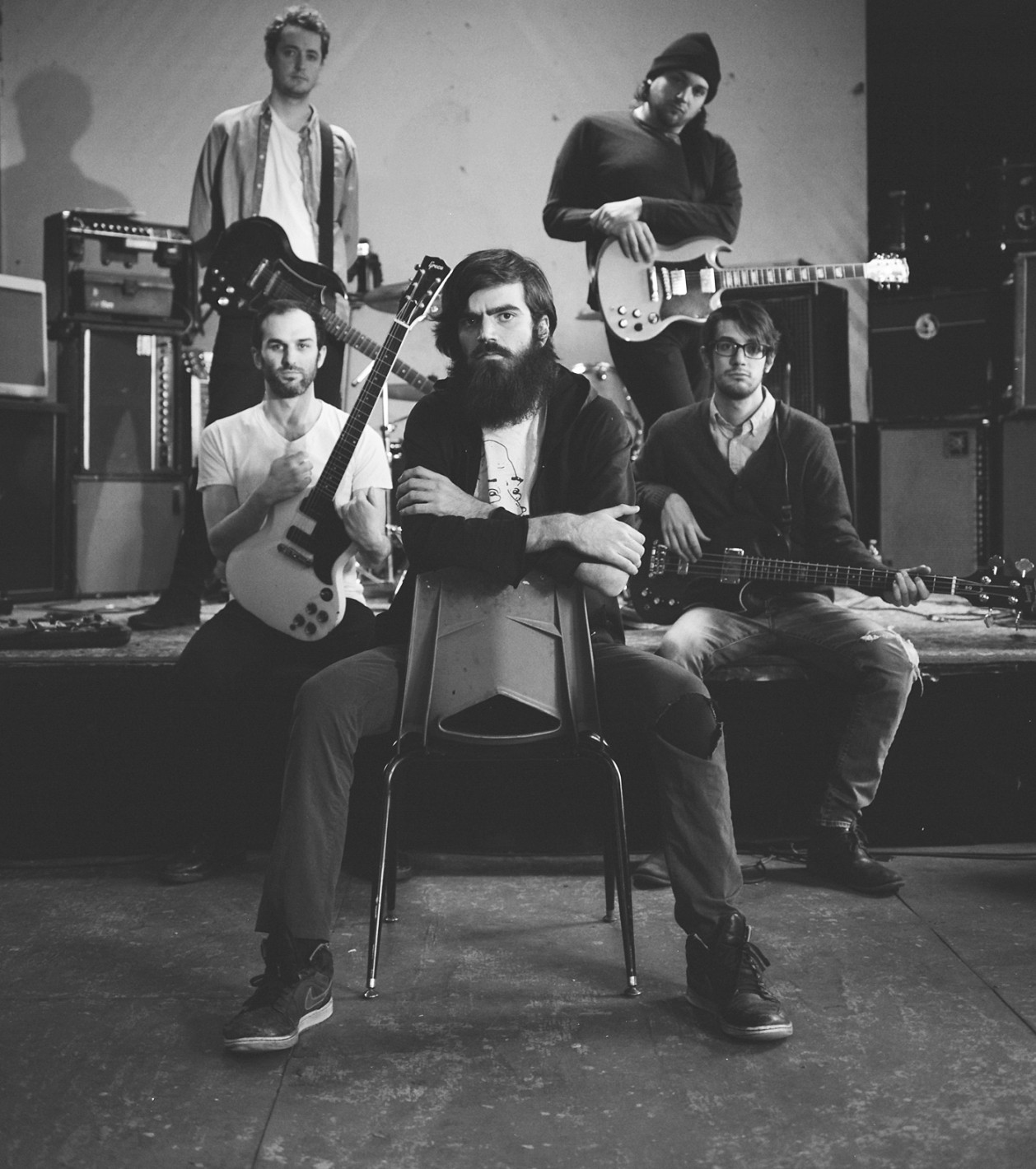 When Titus Andronicus rolls into downtown Davis later this month, they will have just come off a show at the historic Fillmore in San Francisco. When they leave Davis, they’ll play a slick 850-seat venue called Revolution Hall in Portland the following night.

But straddled between those two bustling metropolises, on an otherwise sleepy Wednesday night, they’ll rattle the humble walls of the downtown Davis Odd Fellows Hall on May 25.

The show, quite frankly, is an outlier in their touring schedule, but that doesn’t mean it came to fruition by happenstance. Intercepting touring bands like Titus Andronicus and drawing them to Davis is built into the DNA of the Davis Live Music Collective, which has reeled in plenty of outsized bands (like Sylvan Esso and The Head and the Heart to name a few) over the years.

Titus Andronicus, for their part, actively seek out shows of all shapes and sizes, so the marriage is a harmonious one. The band’s vocalist and founder, Patrick Stickles, touched on that and a whole lot more during a phone call with Submerge last week.

Titus Andronicus is an indie-punk band from New Jersey that caught some buzz in 2008 with their debut record, The Airing of Grievances. Two years later they dropped a monster of a follow-up with The Monitor, which loosely touched on themes of the American Civil War. That record landed on year-end lists from Rolling Stone to Pitchfork—the acclaim rippling widely.

With their name now atop the marquee, the highly anticipated follow-up to The Monitor represented an opportunity for the band to ride that momentum into the sky.

What the band delivered instead was Local Business, a stripped-back affair that was almost entirely tracked live in studio, with only the most basic of overdubs. It would be an overstatement to say it was poorly received, because it wasn’t, but it was clearly not an attempt to pounce on the acclaim of its predecessor.

“I think Black Flag called it ‘the process of weeding out,’” said Stickles. “[The album] is not for everybody, but the people it’s for will hopefully love it a lot. That’s the plan anyways.”

If the skin-and-bones approach to Local Business wasn’t enough to whittle the fan base down to the diehards, their next record would give it another go, although with the complete opposite approach.

The Most Lamentable Tragedy, released in 2015, is a 93-minute partially fictionalized rock opera with nary a single to be found. It’s the antithesis of what any sensible record industry advisor would suggest for a contemporary artist, with rock music drifting to the periphery of pop culture relevance and attention spans shrinking thanks to technology.

That listening experience demands a whole lot more work than an iPod on shuffle or a Spotify-curated punk playlist. The album from start to finish is longer than Harold and Kumar Go to White Castle, and it was written and recorded with the expectation that its listeners pay attention as the opera unfolds. It’s a tall order, and Stickles is in tune with that reality.

“I’m not ignorant of that,” he said. “Some of those choices are made with a slightly contrarian attitude. We’re trying to foster a meaningful connection. Rather than try to water down, it seems wiser to reach out to people who are inclined to support this kind of band and make it as deep as possible.”

Stickles is a massive fan of the Rolling Stones, and he has a special place in his heart for their most expansive album, 1972’s Exile on Main St.

“I’m very grateful there’s this sprawling double album of theirs,” he said. “And I definitely did think about it a lot while making this rock opera album.”

Songs like Exile’s “Turd on the Run,” a looping blues riff under a Mick Jagger’s shouting and some haphazard harmonica, would never land on a Stones greatest hits compilation, but it serves the vastness of Exile beautifully.

Amazingly, the “sprawling” Exile clocks in at just 67 minutes, which is about 25 minutes shorter than The Most Lamentable Tragedy and only a couple of minutes longer than The Monitor!

Going big, according to Stickles, allowed the band to meander down a few “blind alleys” and pursue things they otherwise wouldn’t have. “It’s just a bigger canvas to explore,” he said.

The final product is not unlike a scripted movie in that the moments of action are reliant on the scene-setting setups that precede and follow. That makes the strong moments on the album extra memorable, but it also requires you to tolerate minutes-long tracks of nothing but droning tones as transitions between tracks. Clearly those moments bind the package together, but sometimes you just want to hear some songs.

Stickles was a guest on Marc Maron’s popular WTF podcast twice over the past few years. On his first appearance, during which he teased the rock opera concept of The Most Lamentable Tragedy, he claimed to be off prescribed medicine, but by the time he returned to the show just before the album’s release, he was conceding that the attempt at self-medication had done more harm than good.

“It came from a desire not to extinguish my artistic tendencies,” he told Maron of his original choice. “But you’re still accountable [for] the decisions you make and how they affect other people. I’m fighting my own personal little war against myself and there shouldn’t be so many tragedies.”

He was back on medication by that second podcast, but with a regimen he says is less inclined to blunt his creativity or ambition moving forward.

When we spoke on the phone, he said he didn’t have a “grand statement” about what was next for the band, but that turned out to be a fib. Just three days after we spoke, the band published a blog post (chock-full of sarcastic bravado) announcing their next release—a live album called S+@DIUM ROCK.

“+@’s position as the most thrilling live act in rock and roll has long been etched in stone, but never before has that riveting energy been captured on wax as it is here,” the post said. “The A-side to S+@DIUM ROCK revisits some of TMLT’s most celebrated hits in a newly concise context, stripping away all studio wizardry until only the primal passion remains. The B-side offers fresh electric arrangements of the largely acoustic fifth act of TMLT’s rock opera narrative, presenting a new perspective on the material.”

The live album was recorded during five consecutive sold out shows at Brooklyn’s Shea Stadium, where Stickles worked the door in the early days of Titus Andronicus. But that album won’t drop until late July, nearly two months after the Davis show, where they’ll likely churn out plenty of tracks from The Most Lamentable Tragedy. That show was booked by the Davis Live Music Collective’s Kyle Monhollen.

“I saw that the band had a couple of days off between San Francisco and Portland, so I reached out to their management to see if they were entertaining offers for those dates,” Monhollen said. “I was upfront about our venue size and mission as a non-profit supporting the local scene, and they agreed.”

Read more about how to join the Davis Live Music Collective and buy tickets for the Titus Andronicus show (8 p.m. on May 25, 2016 at Odd Fellows Hall) at Davislivemusic.com. The opening act for the show is La Sera.