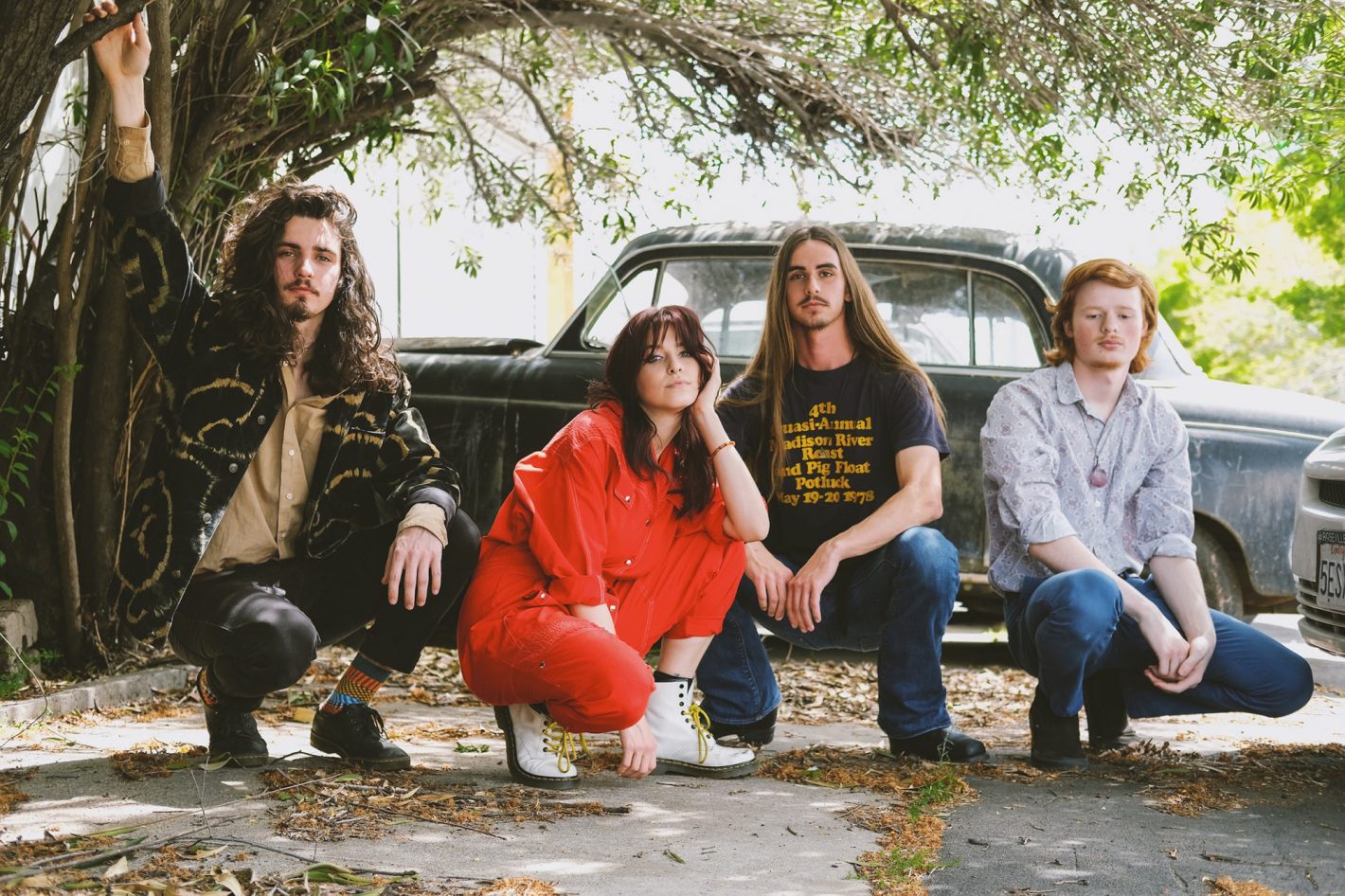 Life on the road can be a very different experience each time you hit the beaten path. You could line up 100 bands who took the same route, and who played the same venues and each would have an entirely unique experience. Hell, even a singular trip from Sac to the city can yield an adventure worthy of a lifetime of drunken stories.

Yet, it feels like that first time—much like many first times such as sex, tattoos or skydiving—yields the best results when it comes to memory-making. Not only are the moments so new, but it’s hard not to learn so much from both the mistakes made, as well as the right decisions. It’s something that is invaluable, and for those who forge on and survive the initial experience, a path is cleared for many more adventures to come.

Tonic Zephyr, a psych-rock act from the Sacramento region (specifically the foothills, according to their bio), are currently in the middle of their first true tour outside of California. The band recently released their second album, an EP entitled Moon and the Sun, and they are in the process of trying to push their boundaries and their audience into new territories, traveling up the West Coast. Submerge recently caught up with the four-piece—which consists of vocalist/frontwoman Madi Gold, guitarist JT Loux, bassist Reilly Olsen and drummer Andy Nathan (a recent addition after former drummer Rico Ucles departed)—in the midst of their road-venture.

Where are you at today?
JT Loux: We’re headed to Everett. We’re playing at Tony V’s in Everett, Washington this Thursday. We’re kind of in the in between stage. We’ve got two days off here.

That’s nice. What have you guys done on your days off?
JL: We’ve mostly been taking it easy; the shows have been pretty long and the driving has been pretty brutal. We got to go to a lake yesterday. The off days have been really enjoyable.

What is the one thing you look forward to the most when you get back from tour?
MG: I was just thinking definitely my dogs. I miss them so much. They’re like therapy animals most of the time, and it’s lonely out here without them.
JL: I think family probably. Just being close to my family will probably be what I’m looking forward to most.

Is this your first tour outside of California?
JL: This is the most ambitious thing we’ve ever done. This is by far the biggest tour we’ve gone on. We went on a tour earlier this year, but it was only seven or eight days, so it was pretty mellow compared to what we have got now.

Anything you wish you were better prepared for?
MG: I mean, since we are taking an RV, this is definitely like a whole new adventure. Finding places to stay every night is a little scary. Aside from figuring out where we’re going to park so that no one knocks on our window in the morning, we have pretty much everything we need; we have all our amenities. We worked it out so we got these sweet gym memberships, we don’t have to take showers in gross places. We were pretty good on planning.
JL: Yeah, for all the musicians out there, if you want a place to shower, Planet Fitness has the best membership programs. It’s like $20 bucks and it will save your life.

Let’s talk a bit about Moon and the Sun. You had Frank Hannon of Tesla produce the album. In what ways did he influence the recording process?
JL: Frank was a huge influence on our new sound. He helped us go into certain directions. Sometimes it’s nice to have somebody there when you don’t know where to take the chorus or where to go melodically. So having someone like that who has had a lot of success in the past with bands, and who knows exactly how to write a song, how to structure it. To be able to get guidance from a veteran is really, really cool.
MG: He had us start [playing] covers that were way more challenging than we thought we could handle—Joplin covers and stuff like that. Getting to move beyond my comfort zone as a vocalist and trying to tackle some of those songs kind of allowed me to have more of a range to choose from when putting the album together. He found the gold nuggets from each of us and tried to draw that to the surface.

If you were to pick one musician from any era, who do you model yourself after the most?
JL: I don’t know if I model myself after one particular person, you know? When I was growing up, I was huge into The Beatles and Jimi Hendrix, and I modeled myself after Jimi Hendrix for years. Then I slowly started getting into [David] Gilmore, Jimmy Page and stuff like that, so I’ve tried to take the best aspects from each player and learn the most I can from each of them. But I would say most definitely ‘60s and ‘70s guitar players, and Eric Clapton is where I draw my inspiration from.
MG: I would say my biggest influence is probably Ann Wilson [of Heart], in the way that I sing. Otherwise, stage presence and vibe, I would say Stevie Nicks.

You actually opened for the band Rumours [a Fleetwood Mac cover band] recently, correct?
MG: Yeah, that was an awesome thing. Especially considering how much we like Fleetwood Mac.

Of course it’s not the same as the real thing.
MG: We actually got to see Fleetwood Mac at Golden One Center last year, and it was such a crazy experience, to be in the same room as your idol. Then to go and see some of the same stuff, but with younger bodies. [Rumours] did a really great job, and it was cool to live that experience to see their later years, then kind of see what they were like.

On Moon and the Sun, you have an eclectic mix of genres. While much of the album is psychedelic rock, “Fancy Free” is more danceable, whereas “Scorpion Sting” had more of an edge to it. Have you considered doing a full album on the heavier side?
JL: Frank and I and Madi have been talking about going heavier and getting more into a certain genre like that. I know that this EP was definitely an experimental period of our creativity. Coming off our first record, I felt the theme of it was very similar, and I didn’t want to get stuck into a one-genre category. So, I just used this EP as a way to express my different types of creativity and genres that I drew inspiration from. So, we are looking into going heavier, but we are also looking to go into the direction that we feel at the time.
MG: Yeah, whatever happens more naturally. We do heavier stuff because it’s so much more fun to play onstage when you have people start to dance around and run into each other. It just really depends on the material that we have to work with at the time and where we are in personal growth, because that is often reflected in our releases.

What is next for the band? Do you plan on heading back into the studio soon?
JL: When Frank is done with his tour with Tesla, and he settles down, we’re planning to go back in with him. Upcoming in 2020, we’re looking to get onto more festivals, and opening for bigger acts and just developing an audience outside the Sacramento area.

Tonic Zephyr return from their epic West Coast trek to get trippy at Holy Diver (1517 21st St.) Friday, Sept. 6. Opening are Flight Mongoose, Vanna Oh! and The Imported, and tickets are $15. Doors at 7 p.m. All ages. For more info, visit Holydiversac.com.