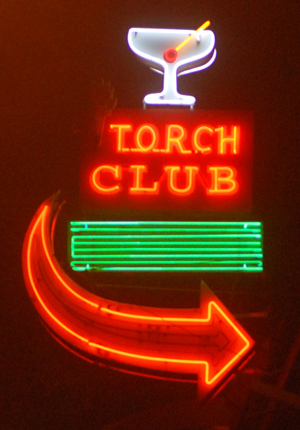 We’ve hinted at it before, so we’ll just come out and say it: the Torch Club is one of the most important venues in town. Even though they might not get as much hype as other larger clubs in the region, week in and week out, Torch hosts some amazing live musicians, both touring and regional. And they sure as hell are the best place to see live blues/funk/soul/R&B/etc., acting as an integral part of the local arts and entertainment scene. I mean, seriously, imagine a Sacramento music scene without Torch. It’s a sad, depressing thought. Anyway, over the last couple years, Torch has successfully started adding more and more genres of bands into their already diverse live repertoire: i.e. more rock, folk, and styles of that nature. Case in point is their new free music showcase that happens twice a month called “Debut Tuesdays,” every second and third Tuesday. Mark Mitchell of the Torch Club is particularly excited about this new ongoing free music showcase. “New faces checking out new live music is always a plus for this club and this town,” he told Submerge. “We want to help bands get their sound on a legendary stage, and help them to step up promotions, before and during a show.” The next Debut Tuesday is on Sept. 10, 2013 which will feature Oakland’s Caldecott, a four-piece roots-rock group with some really cool surfed-out, reverb-drenched, garage band vibes (check them out at Caldecott.bandcamp.com)

They will be joined by Scary Little Friends (from Santa Cruz and San Francisco), a dreamy sounding rock/pop trio, as well as Igneous Rock from Sacramento. After that, the next Debut Tuesday will be on Sept. 17, 2013, and that one will feature Flies In the Kitchen, a local five-piece guitar-driven rock band; Jacob Waters, a Sacramento (by way of Philadelphia) folk/indie/acoustic artist; and National Soul, also from Sacramento. Mitchell even hinted that he’s in talks with one of the most prominent DJ’s in town to start spinning on Debut Tuesdays as well. “We want a party at the torch on Tuesday’s,” Mitchell said. “I want folks to see and hear the worthwhileness of being in the room when live music is happening, enough that they will come back and financially support the band they will see and hear for free on Tuesday, and not walk away with a look like I demanded their left foot when I ask for a five dollar cover on a Wednesday.” Make sure you take advantage of these awesome free shows, Sacramento. You can thank Mitchell and Torch owner Marina Texeira with a cold one if you feel so inclined. Learn more at Torchclub.net or Facebook.com/thetorchclub.