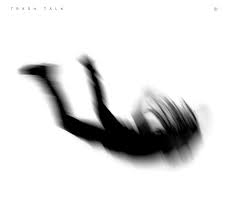 Hardcore punk band Trash Talk, who still rep Sacramento as their hometown despite currently being located in Los Angeles, are releasing a new full-length album called No Peace on May 27, 2014. Known for their circle-pit-inducing, high-energy, often bloody live shows, Trash Talk does shit their own way and they don’t pull their punches. They are the only non-hip-hop group on Odd Future Records and they’ve got a really rad “collective” mentality, utilizing the talents and skills of all of the creative friends they’ve surrounded themselves with over the years to make things happen. For visual and audio reference of this, we highly suggest hitting up YouTube and searching for “Trash Talk Tough As Leather,” it’s a well-done, documentary style short film (five minutes) that follows the band through a typical day at their downtown L.A. headquarters. “Trash Talk Collective is more than just the music,” frontman Lee Spielman says in the video. “It’s a squad of everybody who does different things. If we want to do something we just talk to each other and figure it out. We don’t have to like, go ask a boss, or like ask the label whether or not we can do this or do that. If we want to go on tour with a rapper, we go on tour with a rapper. We do whatever the fuck we want, because it’s our shit.” No Peace is 16 tracks total, is available now for pre-order, and according to a statement on the band’s website (Trashtalkhc.com), “It is hardcore punk, it is hardcore hip-hop, it’s a way of telling you to shut the fuck up if you try to pigeonhole it.” Well-known hip-hop producer Alchemist contributed two tracks to the album that Trash Talk “drag through the gutter, knuckles up. Drums like brass knuckles.” There is also a bonus track that features King Krule and Wiki from Rat King “spitting rain on soft skulls.” Umm, can you say sounds badass! If all of this isn’t enough to make you want to get your hands on No Peace, crank it loud and fuck some shit up, we don’t know what will.