Hold and Embrace This Rare Record Courtesy of SS Records • Out Now! 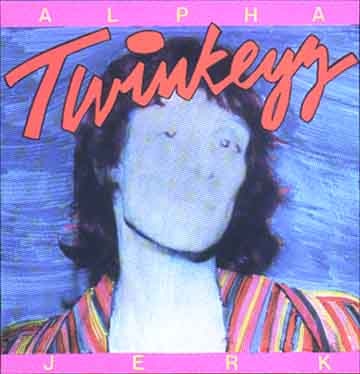 Scott Soriano is going to hate me for saying this but here goes: He is a local treasure. Sure, he has put out some great releases and anyone with two opposing thumbs and still breathing knows his taste is exceptional. However, it’s releases like the reissue of Sacramento band The Twinkeyz’s record Alpha Jerk that prove Sacramento had a fertile music scene dating well back to the ’70s. Alpha Jerk suffered greatly from a shitty mastering job when it was released in 1979. Thankfully, ex-KDVS alumni and audiophile Karl Ikola worked alongside Twinkeyz member Donnie Jupiter on this remixed and remastered version. The end result is a delicious, psyche-warping platter way ahead of its time. If tracks like “Aliens In Our Midst” or the equally awkward “Cartoonland” don’t make you reach for the volume knob (to turn up, of course), perhaps a couple of Valiums and some red wine would help you settle into their state of mind. The pairing of Soriano and Ikola alone is worth the price of this limited edition vinyl. Tell ‘em Submerge sent you and don’t ask for a discount. This shit is golden. Do it now at Ss-records-sol-re-sol-records.myshopify.com. Do it!