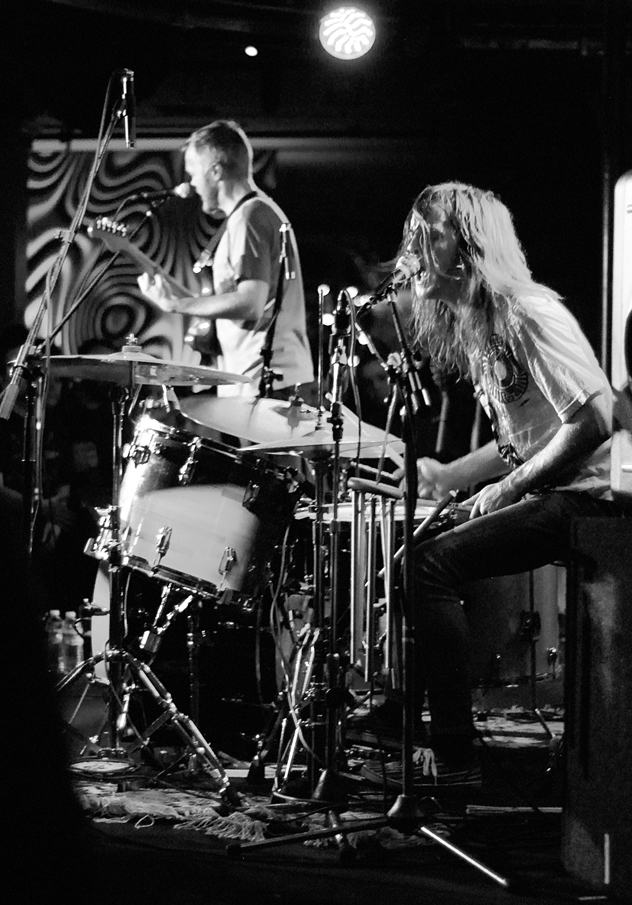 Sometimes I read over my recent reviews of shows or restaurants, and think, “Criminy! Am I just a crotchety old curmudgeon now who hates everything?” How refreshing it is to realize that this is not the case! While most things have a tinge of suck imbued into them, or just plain suck outright, there are good bands, good dishes, good men, good women and good days. I can love as much as I can hate.

The Two Gallants show, opened up by locals G. Green, on Dec. 14, 2013, and booked by Brian McKenna of Abstract Entertainment for Harlow’s Nightclub, had me feeling the love big time.

I know Two Gallants well, and they’ve known one another even longer, having written songs together since the age of 12. I was clamoring for the chance to review their set, but honestly knew little of G. Green. I assumed (again, because I have dickish tendencies and little time for pre-show research or repeat trips to catalog a band’s progress) that G. Green would be a coterie of whiny yet privileged hipsters with no real musical merit, albeit plenty of cool, contrived clothing. They were in their infancy when I saw their show years back at the now-defunct Javalounge, and they’ve since come a long way, baby.

For indeed, when G. Green took the stage at Harlow’s, right off the bat, I was doing that super nerdy head-bobbing dance and smiling like an idiot. These dudes are no joke, but rather a rad post-punk band hailing from Sacramento that showed me who was boss! 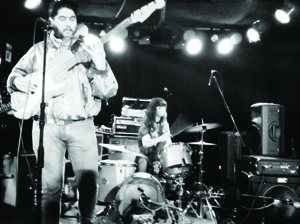 These SXSW veterans’ most current LP is called Crap Culture, and they are working on an album as we (figuratively) speak with Chris Woodhouse.

And then, there’s Liz Liles— an unparalleled babe with floor-grazing chestnut locks, porcelain skin, and strawberry red lips— drumming up legit, badass pounding tempos, and getting all the things in the room throbbing.

Maybe G. Green isn’t a wildly original concept, but they damn straight will get the room oscillating between bouncing and rocking.

And then came something elusive and magical that is so rare in the music industry: a perfunctory set change, which was followed by the headliners’ set taking off, like one of those whiplash-inducing zero-to-sixty-in-two-seconds rollercoaster rides. Or maybe it just seemed that way, following shots of tequila.

Have you ever had your heart metaphorically ripped out of your chest, thrown on a greasy, dirty floor right before your eyes, and stomped on until it was nothing but a smear of blood-spattered muscle dying in a sick, pulsating decrescendo? Two Gallants’ singer, Adam Stephens, perfectly conveys that experience with every agonized cry desperately flung from the pit of his stomach into the mic. 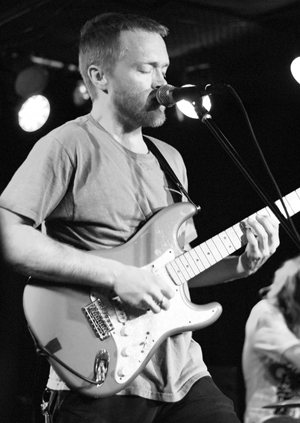 Hailing from foggy San Francisco, this duo borrows its name from the title of one of the short stories in James Joyce’s Dubliners, “Two Gallants.” They have released four full-length albums, and have toured the world over. Their most recent album, The Bloom and the Blight, was born after a five-year hiatus to a multitude of hungry fans.

This was not my first rodeo; after seeing Two Gallants kill their 45 minutes set another time, they did not at all disappoint. Stephens’ Stevie Wonder-esque sway holds a shadow of the joy characterized by the bespectacled Grammy-winning soul and pop artist— Stephens instead appears to be pained by every shaking utterance. Nonetheless, it is a happy catharsis to relate to him as he aches along with your deepest secrets, teamed up with a harmonic, danceable delivery. They’ll alternatingly melt your face off, and then bring it down a notch (or several) with their dirge-like storytelling hymns. Bipolar, sure, but at least you know you’re alive.

To sum it all up, they fucking rocked.