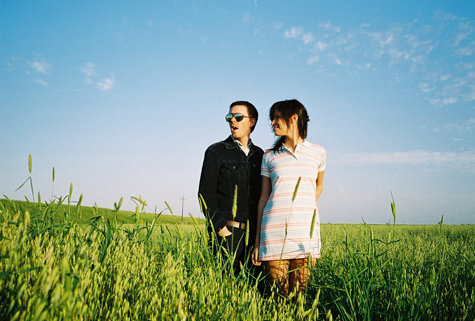 Since 2006, Sacramento act Two Sheds has garnered much success with their debut album, Strange Ammunition (UnderAcloud Records). The S.F. Weekly has dubbed them “dreamy and captivating,” while other critics have compared them to the likes of Hope Sandoval, Lucinda Williams and Beck. Their folk-rock influenced sound has captured the attention of many. With a new self-titled EP out exclusively on iTunes (Filter Recordings), Two Sheds is back on the road promoting their new material. Submerge had a chance to speak with singer Caitlin Gutenberger during some free time on the tour.

Your new EP was released May 6 on iTunes on Filter Recordings. Describe the recording process with this EP and how it differs from your last record, Strange Ammunition.
It was pretty similar. The only thing that was different was we recorded everything in two days at the Hangar, where before we had four months to do the full record. So, it was definitely something where I felt I was little more under the gun. And there are a few things on there that I recorded at home into Garage Band, so there is that mix of recordings.

I love the cover of the EP. What is the meaning behind the picture?
The cover is actually a picture of my mom. It was a picture that my dad took of her. They were in Mexico and it was 1975. They were on a little trip after they had gotten married and they took a taxicab across Mexico and it broke down right at the Tropic of Cancer. And so, that’s my mom leaning up against the marker for the Tropic of Cancer and the broken down taxicab.

That’s awesome. It’s probably one of the best album covers I have seen.
Well, it was nice to be able to use something that was of my family. On the last record, we put our dog on the cover. We just thought it would be better if we used an image that was personal.

Are there other musicians on the album this time, because I know the times that I have seen you, you guys have had other people come up and play.
Johnny [Gutenberger], Rusty [Miller], James [Finch, Jr.] and myself pretty much make up the core band right now. We have Amber [Padgett] sing background vocals some times.

How has touring been? Seems like you guys are always on the road.
Touring has been great. There’s always the standard tour stuff…flat tires here and there. We’ve played some cool shows. Our last show in L.A., we played with Akron/Family, which was really cool. I think the benefit of touring is getting to meet cool bands and being able to revisit places.

What is your favorite venue to play in Sacramento?
Well, I think for the cozy factor, it would be Old Ironsides. Art is there…he always pours a strong beverage. All of our friends are there…and Larry. Good ol’ Larry.

I know that you guys have a lot of friends who are musicians, but do you have a favorite local act?
That’s tricky. Let me think. I really liked Knock Knock’s record a lot. I’ve always really liked Chelsea Wolfe and her various projects.

You list Elliott Smith as one of your influences on your Web site. What kind of influence has he had on your music?
Well, I’ve always liked music that has an acoustic element to it. I think that has a lot to do with the kind of music my dad played for me when I was younger…like the acoustic Zeppelin stuff and old blues music. So, when I heard Elliott’s music, it kind of struck me in the same way where it felt kind of nostalgic and familiar, but I hadn’t heard it before. It’s really sad and honest and unpretentious.

Any other influences?
I like old soul music. Bill Withers is wonderful. I like Otis Redding, old Stevie Wonder and Ray Charles.

Do you ever get compared to other female musicians because I know that people love to cling to other artists that they are already familiar with.
Yea… Well, the classic ones, being a girl and having a somewhat whispery voice are Hope Sandoval and Cat Power. I get those quite a bit.

How does that make you feel?
Well, I have been very sensitive to it. In most cases, when people say that to me, it’s their way of complimenting our music by saying that I remind them of those artists. It is easy to read too much into it and think that people are comparing because they think that I’m a copycat or unoriginal. You’ve got to try to not read too much into comments like that and understand that as a female artist, you’re going to get comparisons. Most of the time, people are just trying to say that they like your music by comparing. There have actually been times where I have discovered really cool people that I like by being compared to them.

Like who?
Like, Lucinda Williams…I had never heard of her before and I think she is amazing. Someone recommended Bright Black Morning Light and I love their record.

What do you have planned for Two Sheds?
We’re touring through July and possibly August. Filter Magazine‘s label just released our EP on iTunes and the plan is for the EP to be an introduction for those who don’t know us. There are plans to possibly re-release the first record, Strange Ammunition. All things are subject to change, but we’re just going to take it one month at a time. 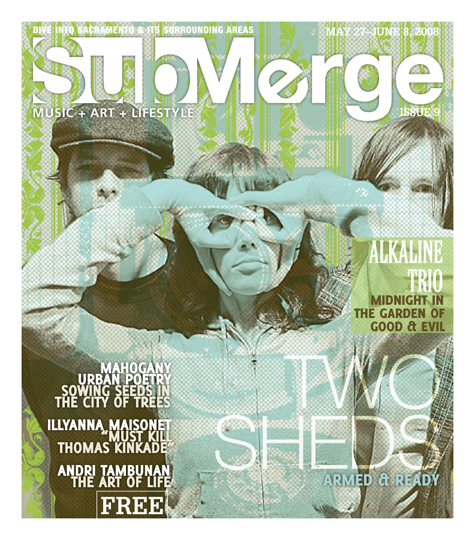 Stay up to date on Two Sheds visit Ilovetwosheds.com