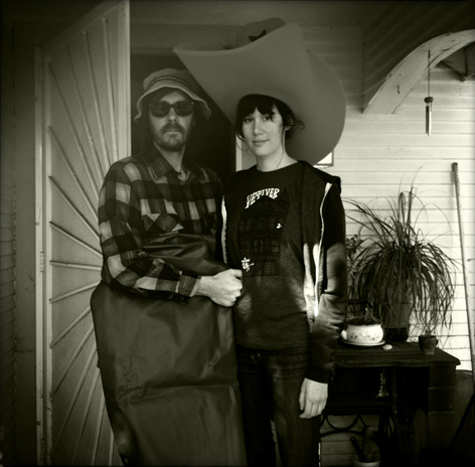 Longtime Sacramento indie/folk-rock darlings Two Sheds will soon be Los Angeleans (boo, hiss). After much time spent in the City of Trees, 30-plus years for bassist/backing vocalist Johnny Gutenberger and 18 for singer/guitarist Caitlin Gutenberger, they are ready for something new. Submerge reached out to Two Sheds and took a line out of one of our favorite songs of theirs, “WTF?” and asked, “What the fuck?”

“We’ve been talking about moving for a long time,” Johnny said. “Not because we hate Sacramento or are ‘down on the scene,’ we just wanted a change.”

It’s understandable, really. It’s a natural thing for human beings, especially creative ones, to crave change after so long in one place. Sometimes new scenery can stimulate the senses.

“We just want to try a new town on for size and see if we can get some fresh inspiration out of it,” Caitlin said. “And we’re purposely moving to a place that won’t be comfortable. We want to be out, motivated and restless for a while.”

Their final local gig for quite some time is set for Saturday, May 19, 2012 at Luigi’s Fungarden in Midtown. Johnny and Caitlin will be joined on stage by drummer Rusty Miller, guitarist Chris Larsen and a special guest for this show, Kris Anaya of Doom Bird on keyboard.

“We’re gonna try and fill out our sound a bit,” said Johnny. “We always have these little parts on recordings that don’t get played. Kris is gonna do all that with the keys.”

Two Sheds will have a bunch of cool stuff available at the show, like an EP with five cover tunes (The Troggs, Guided By Voices, The Bobby Fuller Four and more) and special hand-screened posters by Asbestos Press. Purchase a poster, get a download of the EP, purchase a cassette tape, you get a download of the EP, and according to their website (http://ilovetwosheds.com/), “Buy Johnny a beer, you get a friend for life.” Joining them on May 19 will be San Francisco’s Birds and Batteries (whom Two Sheds also covers on the EP), and Dana Gumbiner (of Deathray). Show is all ages, $7 at the door, 8 p.m.