Riding A Wave of Nostalgia: Scott Hansen of Tycho hits his stride on his latest album 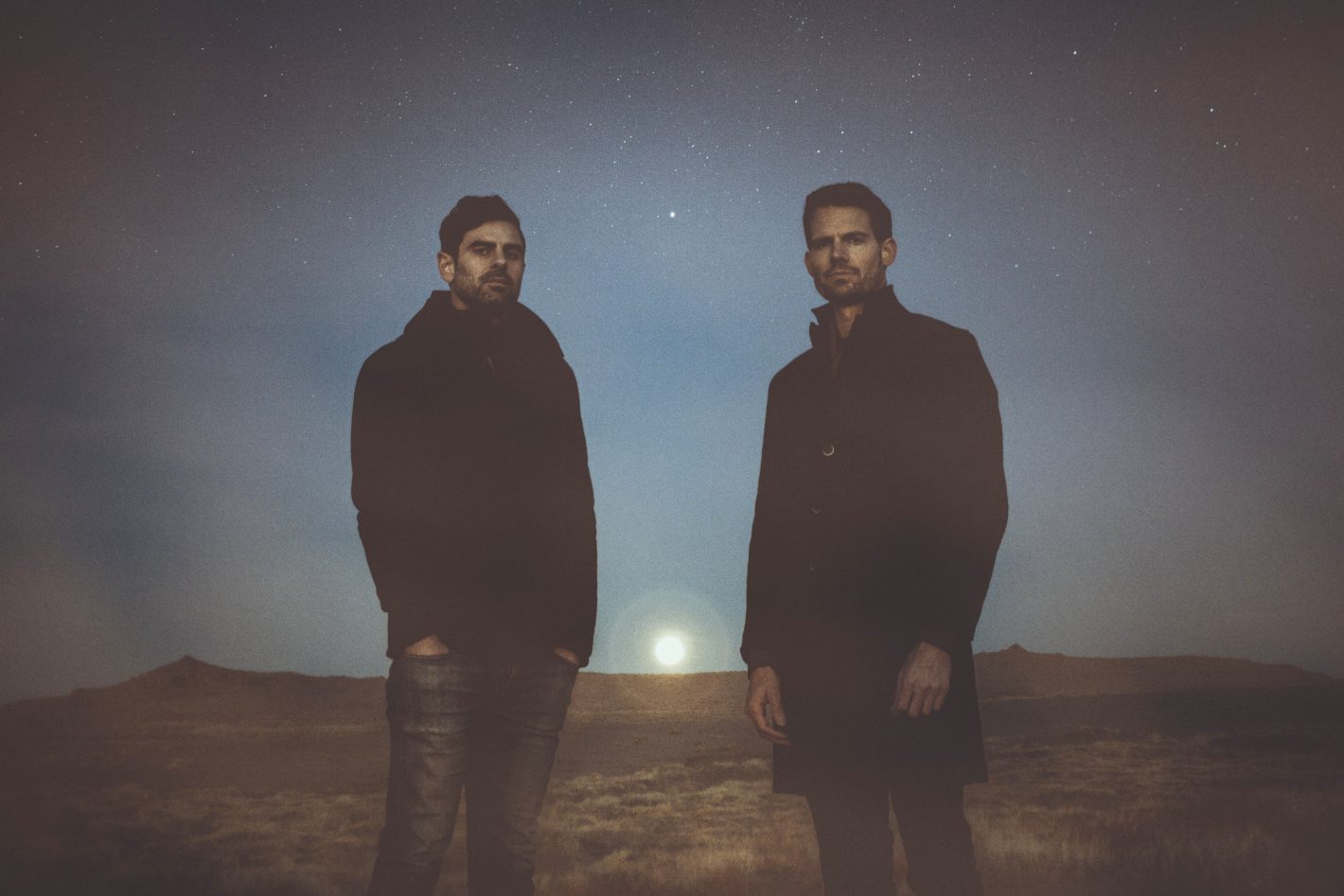 Scott Hansen of Tycho hits his stride on his latest album

If you could bend time in your hand, watch life play out through a kaleidoscope, or travel through space, it might sound like a song from Awake, Tycho’s latest album released in March. If you want to simply ride a wave of nostalgia, perhaps losing yourself in a sunrise or a long drive down a twisting road, feeling the sensations of both sadness and bliss, then Awake is your album.

“Awake,” the opening track of the album, is one of those lovely, anthemic, synth-heavy songs you never want to end. It’s airy, warm, repetitive and strangely familiar. It washes over you and draws on your heartstrings.

When I spoke to the San Francisco-based frontman of the electronic post-rock outfit, Scott Hansen, to better understand the album, he was frantically fielding my phone call and several other media calls within a half-hour.

Never have I conducted such a butchered interview. Stationed in Chicago for a show at the Concord Music Hall that night, Hansen managed to squeeze in this interview early that afternoon.

On at least three separate occasions, though, he would have to switch over to another line.

“I thought we only had two of these things, and people just kept calling,” he said apologetically before answering yet another call.

Most likely, his other interviews had been postponed because of the band’s Iowa shakedown days before, he later explained. First, they were stopped and searched by troopers alongside a cornfield, drug dog and all (their tour van looked identical to a trailer that had been busted for 75 pounds of weed several months prior). Then their trailer wheel broke. They barely made it to Minneapolis before show time, and were onstage only 15 minutes late.

Yet another talent originally from Sacramento, Tycho is deserving of all said publicity. While he’s had a later start than some musicians, Hansen has been writing and recording music solo for more than 10 years as Tycho (the project was named after the 16th-century Danish astronomer Tycho Brahe). This was after Hansen dropped out of art school at the University of San Francisco, spending his early 20s successfully building a name for himself as a freelance graphic designer under the pseudonym ISO50, designing anything from album art and posters to magazine covers and snowboards.

Hansen dabbled in music all the while, but it wasn’t until a serious injury took him away from work for two months at age 24, that, for the first time, he could focus all of his energy on just writing music.

“I think it was just about getting to a point skill-wise where I felt like I could create the music I was hearing in my head,” he recalls.

Shortly thereafter, he self-released his first EP, The Science of Patterns, in 2002. Two years later, he followed that up with his first full-length, Sunrise Projector. In 2011, Hansen released his second LP, Dive, on the indie record label Ghostly International, gaining attention from the likes of BBC music, Pitchfork and SPIN. Now, with the release of Awake, his second LP for Ghostly, Hansen is on tour as Tycho the band, accompanied by guitarist/bassist Zac Brown and drummer Rory O’Connor.

It’s Tycho’s first cohesive body of work, he later explains. The album cover, which is, of course, designed by Hansen, reflects this. It is simple and elegant, with nothing more than a multicolored, striped orb on the front. It’s meant to be flag-like, Hansen says. The orb represents an iconic sun; it is a consistent motif in Tycho designs. Each of the eight color bands, or stripes, appearing on the orb on the Awake album cover represents a track on the album.

To create the album, Hansen and Brown moved Hansen’s studio to a cabin in Lake Tahoe last winter. From there, they relocated to Santa Cruz, where they met up with O’Connor to integrate the drums.

In the following excerpts, Hansen further discusses the album and what drew him to writing music in the first place. 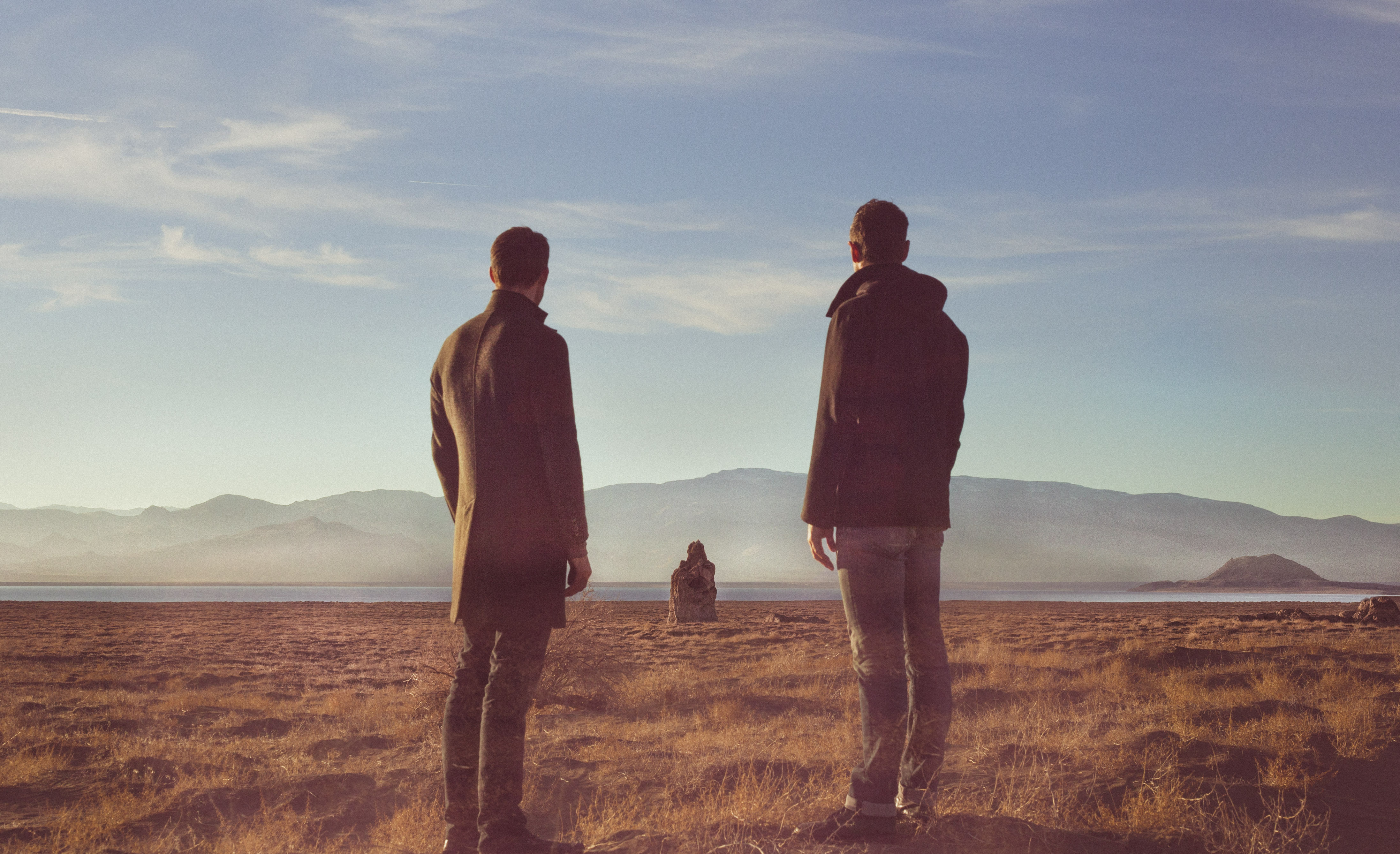 I think you mentioned on your blog and elsewhere that you kind of define this as the first true Tycho album. Could you talk a little bit about that?
Yeah, I mean, that’s not to diminish any of the other records; I’m proud of those. But I felt like those were more of an education and learning process for me as a producer. There were a lot of ideas and things I wanted to do with this record that I wasn’t able to accomplish on my own, with my own skill set and my own resources. So this time around, I worked with Zac Brown. He was on a couple songs on Dive. Then we brought in Rory O’Connor as a drummer for the live tour, for Dive. During that time, I felt like everything meshed, and I wanted to capture that for this record. Basically, all of the things that I had been envisioning for all these years started coming together in a live show. So, this was the first record I felt like the whole vision came together and crystallized as a fully realized idea.

Are there one or two examples you can give of things that you wanted to accomplish with this album that you couldn’t accomplish in the past?
Definitely the rhythm section. I think you just make a different kind of music when you’re sitting by yourself and just layering tracks than when you have three people in a room working off of each other and moving and reacting and all that. It was different in a lot of ways; it was more visceral and more on the fly, and that led to arrangements that I think were more focused and had more movement and dynamics.

So you had worked first with Zac in Tahoe and then with Rory in Santa Cruz?
Yeah, so we decided we wanted to do this more in a traditional way, where we went and took this specific period as an intensive time for writing and creating, as opposed to my other records, which were compilations of ideas I had been working with over a period of years. So we decided to remove ourselves from my studio and the city… So we just tore up the studio and reset it up in a small cabin up [in Tahoe] and spent a few weeks hashing everything out. I came back, worked on that stuff for a while, and then we met up with Rory in Santa Cruz. That’s where all the arrangements came together. Then I went back, did some more work, and we all met up in San Francisco in another studio and finished everything off.

So you go by the moniker Tycho, after Tycho Brahe. Why?
I came across his name a lot during the years I was studying a lot of astronomy-related stuff. I wanted a name that didn’t have any loaded meaning.

You had that window of time [when you were injured] when you started to put some music together for Science of Patterns. But at what point had you developed a music background, or an interest in playing music? Had it been a long time coming?
No not at all. I had been messing around with things for, I’d say, two years prior to that. But before that I had zero musical experience, which I always thought was kind of weird. I just never had that moment; it was never presented to me in the right context. I’m a very technically oriented person. I think I was originally in San Francisco when I started in my second year of college. I got introduced to drum and bass, and then a lot of electronic music for the first time… I had listened to rock and heavy metal, so it never occurred to me how it was made, just because it was taken for granted. But this other stuff, the sounds were so foreign that I was really interested in how it was made, and it just seemed like something I could do, whereas the guitar and drums, for whatever reason, to me seemed a leap for me to be able to learn those things. It seemed so foreign to me. But with the machines, I naturally gravitate toward those things. So that was the entry to the whole thing. But it’s interesting, because later, I started working more and more with traditional instrumentation, and learned guitar, drums and bass, and all that stuff.

See Tycho live in Sacramento at Harlow’s on May 10, 2014. Dusty Brown will also perform. Doors will open at 8 p.m. for a 9 p.m. show. For tickets ($20), go to Tychomusic.com or Harlows.com. UPDATE: This show is currently sold out!