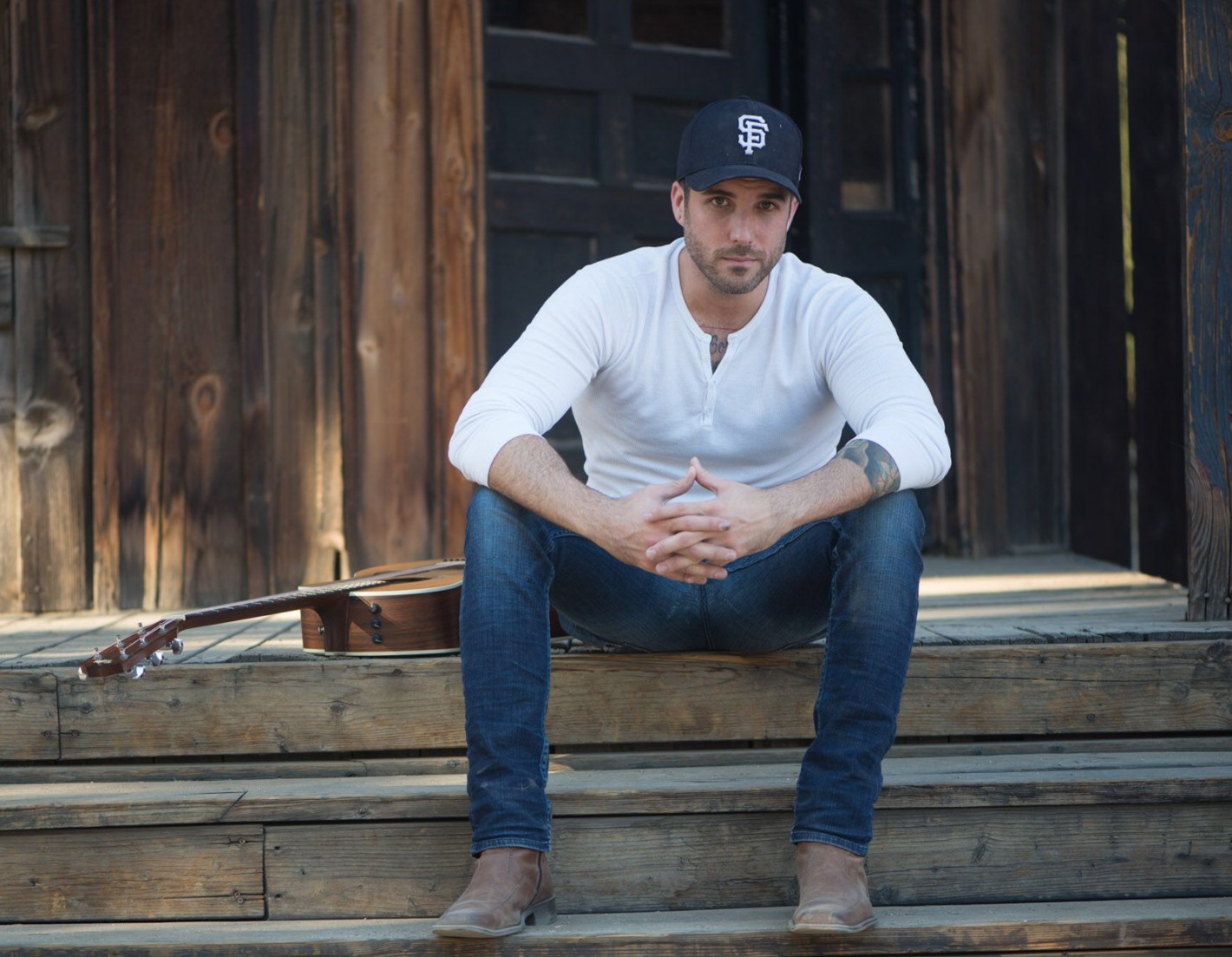 For as much love as California generally gets across mainstream America’s storied music anthology—see Wikipedia’s long list of songs about the Golden State—it still seems to be surprisingly underrepresented in one genre that is so familiar here: Country.

Try and name at least four famous country singers (past or present) that you know for a fact are from California, or that at least sing and write songs portraying California. If you’re a real hardcore fan, you might have come up with Gary Allan (La Mirada), Jon Pardi (Dixon) and the Haggard family (Oildale and Bakersfield), or perhaps a few other old-timers sprinkled in the mix. Shoot, maybe you even know about Brett Young of the Orange County area, who’s fairly new on the country music circuit himself and branding his sound as California country.

Still, though, we’re clearly missing a few too many ambassadors in a state where a lot of folks—especially up here in Nor Cal—identify as country girls or boys at heart. Until now, that is.

While Jon Pardi might have Solano County covered in the California country world, a fresh voice has recently risen in Nashville, hailing from Yuba City—just a stone’s throw away from Sacramento.

Tyler Rich, who released his first four-track EP in August to chart-topping success on iTunes, is the latest country music offering with California roots and a soft spot for his hometown stomping grounds. After making a life-changing move across the nation to Music City this past April, Rich says his career has been snowballing with unimaginable good fortune, with everything falling into place just the right way.

It was only a few weeks ago that Rich was added on as an opener for country music superstar Dustin Lynch’s national “Hell of a Night” tour, which is set to kick off Nov. 14, 2015, and extend through early the part of 2016 (more dates to be announced soon). He’s also opening for Pardi at an Ace of Spades show on Oct. 10, 2015, and plans to be making media appearances in the area on and off during the last few weeks leading up to this fall’s performance run.

We were able to catch Rich on the phone late one night and ended up talking about everything from his latest EP to his newfound success in Nashville, how social media has helped him breakthrough in a cutthroat industry and, of course, what it was like growing up country in California.

Seeing how things have been going really well for you out there in Nashville, why do you think you’ve been so successful as a breakout artist? What’s your secret?
My social media helped out a lot … from Instagram to Snapchat to Twitter and Facebook. As it was growing, I started getting booked for bigger shows. When people see that—the growing online presence—they see it, I guess, as a good thing to trust. Dustin Lynch actually discovered me a few months ago on Instagram; then he sent me to some meetings … I mean, I guess if it wasn’t for Instagram, he wouldn’t have ever found me. And I would probably still be hanging out and doing nothing.

Do you think artists that are trying to break out need to be on their social media game?
Oh, I don’t think so. I know so. I mean, I’ve sat in meetings where … I stress it to my friends in the industry like so much. One of my really good friends in Sacramento—James Cavern—he and I talk about the social media game all the time. We just talk about how important it is, because it really is … I’ve been in meetings in Nashville now where I hear publishers, managers, booking agents and other artists talking about, “Oh hey, have you checked this person out?” And they’re like, “Yeah, his stats suck. What’s next?” They move on. I swear to God, it’s within seconds. “His stats are horrible. Who else do you got?”

Kind of like ESPN analysts commenting on potential draft picks.
No, that’s what it is. And if you’re super, super, super talented and you don’t have that presence—or you’re not building—then you can have a career as a songwriter. Or luckily break through somehow independently. But I don’t know, man. It’s just crazy. Mine has grown dramatically in the past four months … It’s crazy. You get in the mentality of like, “I’ve got 38K followers. This is awesome!” But then when you actually think about it: that is 38K humans. 38K people with a story, with a life, with a job, with a family. Those are 38K individual souls that hit follow, for some reason. I don’t know why, but thank you.

I know you have a new song out called “California Grown” that’s been getting some radio play recently. Can you talk about that song a little bit?
Yeah, “Cali Grown” is actually the only song in probably a year and a half that I’ve written by myself, 100 percent. Everything else is always like co-writes and collaborations with different producers and different songwriters. And [for] “Cali Grown,” I was sitting at my house in L.A., and I had just released my single “Radio.” I don’t remember who I was talking to, but I was talking to somebody. And they were like, “Yeah, you’re from California and you seem country. It just doesn’t make any sense.” There’s a line in the song: “California is just palm trees, beaches and celebrities.” And that’s just the mentality that everybody has—and rightfully so, because that’s how it’s portrayed in pop culture. But I was saying, “People don’t understand what California really is.” I mean, I’ve driven up and down California from Sacramento to L.A. at least a hundred times. And each time it’s equally boring because you’re just driving through farms—there’s no cell service, there’s nothing. And when you turn on the radio—I was driving through the Bakersfield area—the only radio stations that were coming in were Spanish stations and country stations. And that’s when I got the idea for that second verse, talking about Bakersfield and all that. But I don’t know, it was one of fastest songs I’d ever written—it came out in about a half an hour.

I wanted to ask about your new EP, Valerie. Can you tell me what’s behind that name? Just curious.
You know, I’ve done a lot of interviews in the past like month since the CD came out, and you’re the first person to actually ask me what it is. So I’ve been waiting for this question … When I was in my early 20s, I had a guitar get broken on a flight. And United Airlines offered me a $100 travel voucher for my broken guitar. I had some shows coming up, and this was before GoFundMe or Kickstarter or anything like that was even alive; none of those companies existed … My guitar was broken, I had shows coming up that week, I had no money and I needed a guitar. So I posted online on MySpace. I was like, “Hey, you know, my guitar broke,” with a picture of it in two pieces. I was like, “I’m accepting donations from my fans. A dollar, 50 cents, five dollars, you know, whatever you can spare. I appreciate it.” And then my family and everybody started donating. I put my address, people would send checks; I used Paypal for automatic transfers and stuff. Then there was a fan of mine from the East Coast I had never met before. And I got a letter in the mail that was like a page long about how much she loved my music, and how much she wished I’d come to the East Coast and tour, and apologizing, saying that she wished it was more, and that she couldn’t send me a check sooner and had to wait until she got paid, and that she was going to try to send more the next time she got paid. She was like a 16-year-old girl in high school named Valerie, and she sent me a hundred bucks. And the guitar I went and bought the next day, I named Valerie. And it is the same Taylor acoustic that I still have. I mean, I’ve got a few now. But that guitar, Valerie, is the one I wrote all those songs on that CD with and the one I recorded the guitar with on that CD. And since it’s an acoustic—well, it’s produced a little bit—but since it’s ultimately an acoustic CD, I figured it kind of fit perfectly to call it Valerie.

That’s a helluva story.
Yeah. But the sad part, though, is that I have no idea who she is now.

So what was it like growing up in Yuba City? Was it what people would typically call country?
Yuba City is very, very country—especially the little towns outside of Yuba City, like Sutter and all that. It’s very Varsity Blues out there, if you know that reference. Football is everything, everybody’s got the big trucks. I mean, Yuba City technically is a big town; it’s a big farming city. I think there’s like 80,000 residents, but you see the same 1,000 people every day. I don’t know where all the other 79,000 are hiding. But it was like growing up in a small, country farming town that had the necessities you needed. It was like a little big town, which is a country band, and kind of cheesy to say. But that’s kind of what it is.

How often would you come down to Sacramento back when you were living there?
Musically?

Socially and musically, I guess.
Well, I mean, in high school we used to—as soon as we could drive—we’d come down to Sacramento to go to shows all the time. Punk rock shows, and just anything we could see at the Boardwalk or Arco Arena or Memorial Auditorium or anything like that. And we’d drive up to Chico and watch shows all the time, too. On Saturdays and Sundays, we’d take trips to Arden—just about an hour from each city—and just go to the mall. We’d go to Guitar Center, and we would call going to Guitar Center going to church. Like, “What’d you guys do?” “Oh, I went to church!” You know? And all the guys would start playing music with all my buddies. We’d go and sit at Guitar Center for like five hours and just play guitars … Yeah, so I mean, it was cool living in a tiny town outside of a big town like Sacramento.

Right on. Anything else you wanted to mention?
This Jon Pardi show is gonna be a freakin’ party. Come out to the Jon Pardi show on Oct. 10 to see what Nor Cal is offering country in the entertainment world. ‘Cause we’re the only two representing it in Nashville right now. So we’d love to see everybody there. 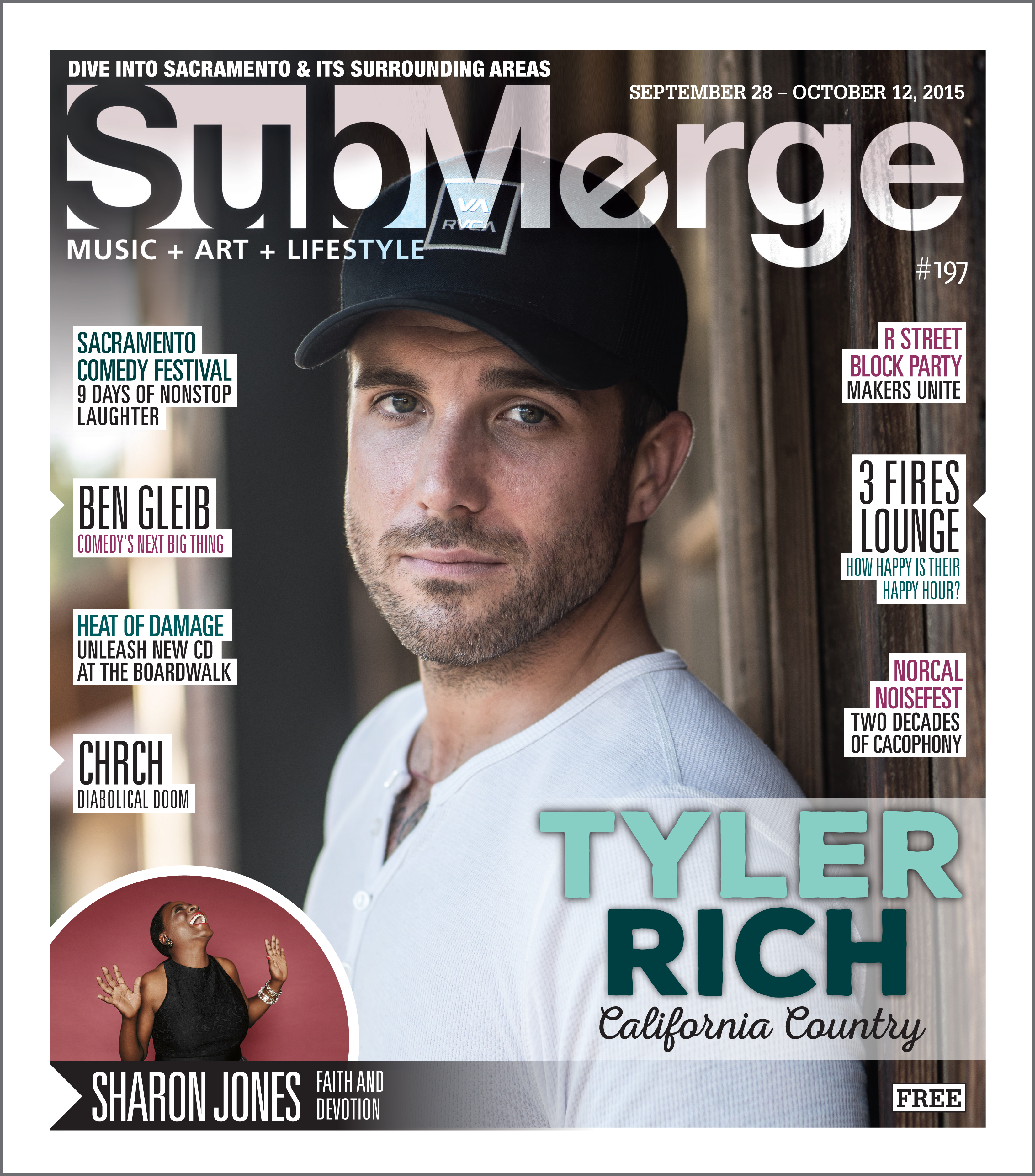