Twelve of the Area’s Youngest Bands Will Play “UnderRAGE MusicFest” on Sept. 10, 2016 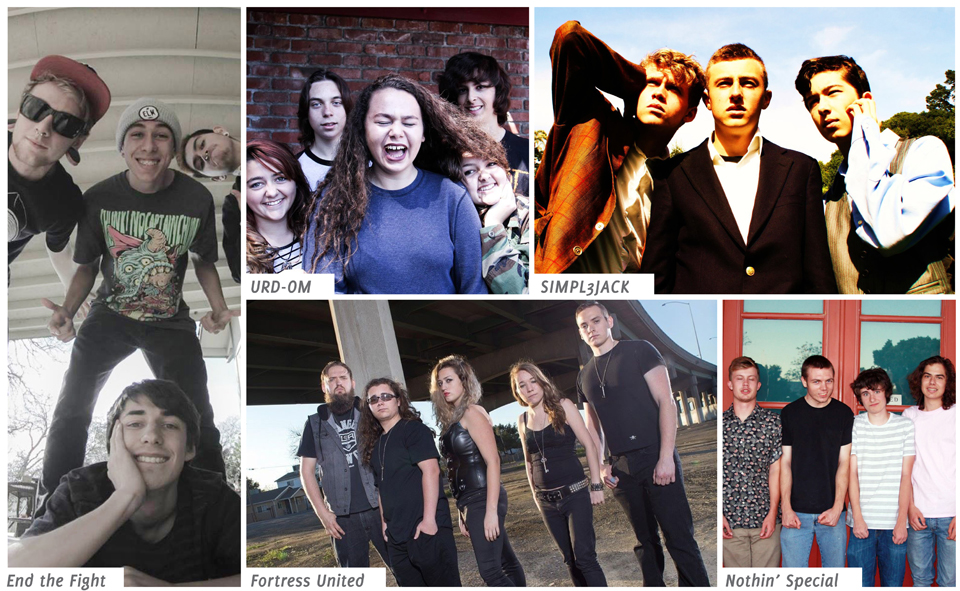 The importance of this event cannot be overstated, as the strength of a region’s music scene relies on its youngest, up-and-coming bands to get out and play as much as possible. They are the future, after all, and in order to thrive and ultimately be the best they can be, they’ve got to cut their teeth and hone their chops. On Saturday, Sept. 10 a dozen bands from the area whose members are all “21-ish and under” will do just that when they convene on two local all-ages venues for what’s being called the UnderRAGE MusicFest. The Colony (3512 Stockton Blvd.) will host the bands SIMPL3JACK, Nothin’ Special, Exiled From Grace, Bootlegs, Side Effect and End the Fight; and their neighbor venue Cafe Colonial (3520 Stockton Blvd.) will host Heat of Damage, URD-OM, Control, Fortress United, Tens Upon Thousands and As We Know. The event is all-ages (duh!) and the cover charge is a measly $5, which should leave some extra bucks in your pocket to buy merch from your favorite groups. The band’s set times have been expertly laid out so that attendees should be able to see most if not all of the performing acts. Music kicks off at 3 p.m. and you really shouldn’t have to go anywhere until things wrap up at around 10 p.m., because even if you get hungry or thirsty you can get grub and drinks at Cafe Colonial (they even have a bar for those 21-plus). Come on out and support the youth! For more information, search for “UnderRAGE MusicFest” on Facebook.