Come Get Salty with Valient Thorr at the Starlite Lounge • June 18, 2016 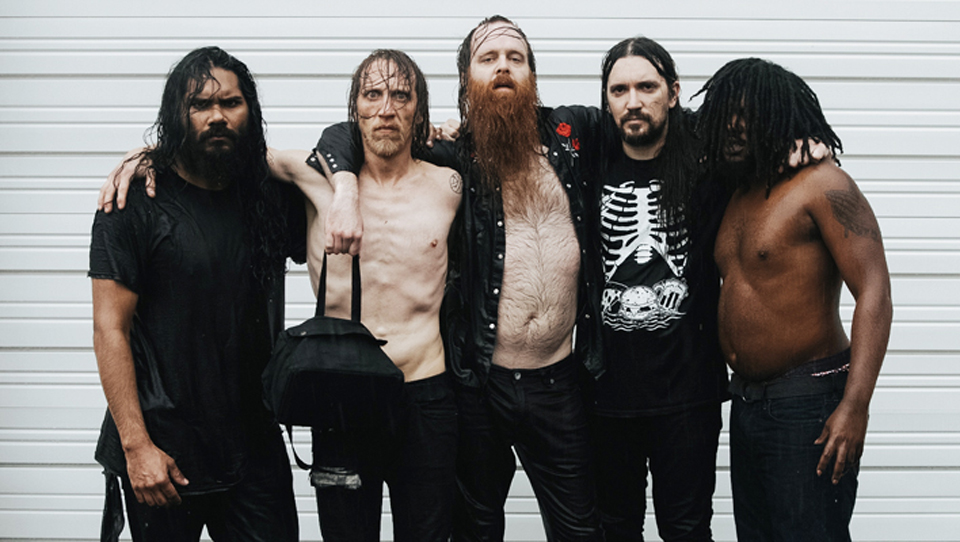 If you’re hell-bent on knowing the real names of all band members in Greenville, North Carolina’s Valient Thorr, you are doing it wrong. After a successful six-album run on Volcom Entertainment (home to Pepper, Riverboat Gamblers and Guttermouth), Valient Thorr are back with a bad ass new album on Napalm Records inappropriately dubbed Old Salt. The band played a whopping 272 shows in 2006 alone and have supported countless acts including Gogol Bordello, Red Fang, Early Man, Riverboat Gamblers, The Sword and even more. Vocalist Valient Himself took time out of busy schedule to check in with Submerge. “I am honored that folks would even listen to our music … as people don’t have a lot of time. The fact that they spend any on us is great. We’ve opened some great tours for Motörhead and definitely made a lot of memories. I especially enjoyed the 2011 Motörhead run with Clutch. That tour was sold out all over the U.S. and Canada,” said Valient Himself. Collectors take note, the band has limited stuff for sale. “We probably have about four boxes of our old albums left on CD and will have three brand new shirts, a new hat, new patches, new 15-year anniversary pressed posters and a plethora of other stuff,” he said. Get the new album on July 29, 2016 at Napalmrecordsamerica.com or check out Valientthorr.com. Their show on Saturday, June 18, 2016 at Starlite Lounge in Sacramento starts at 8 p.m. and also features PEARS, Solanum and Cromson Eye.