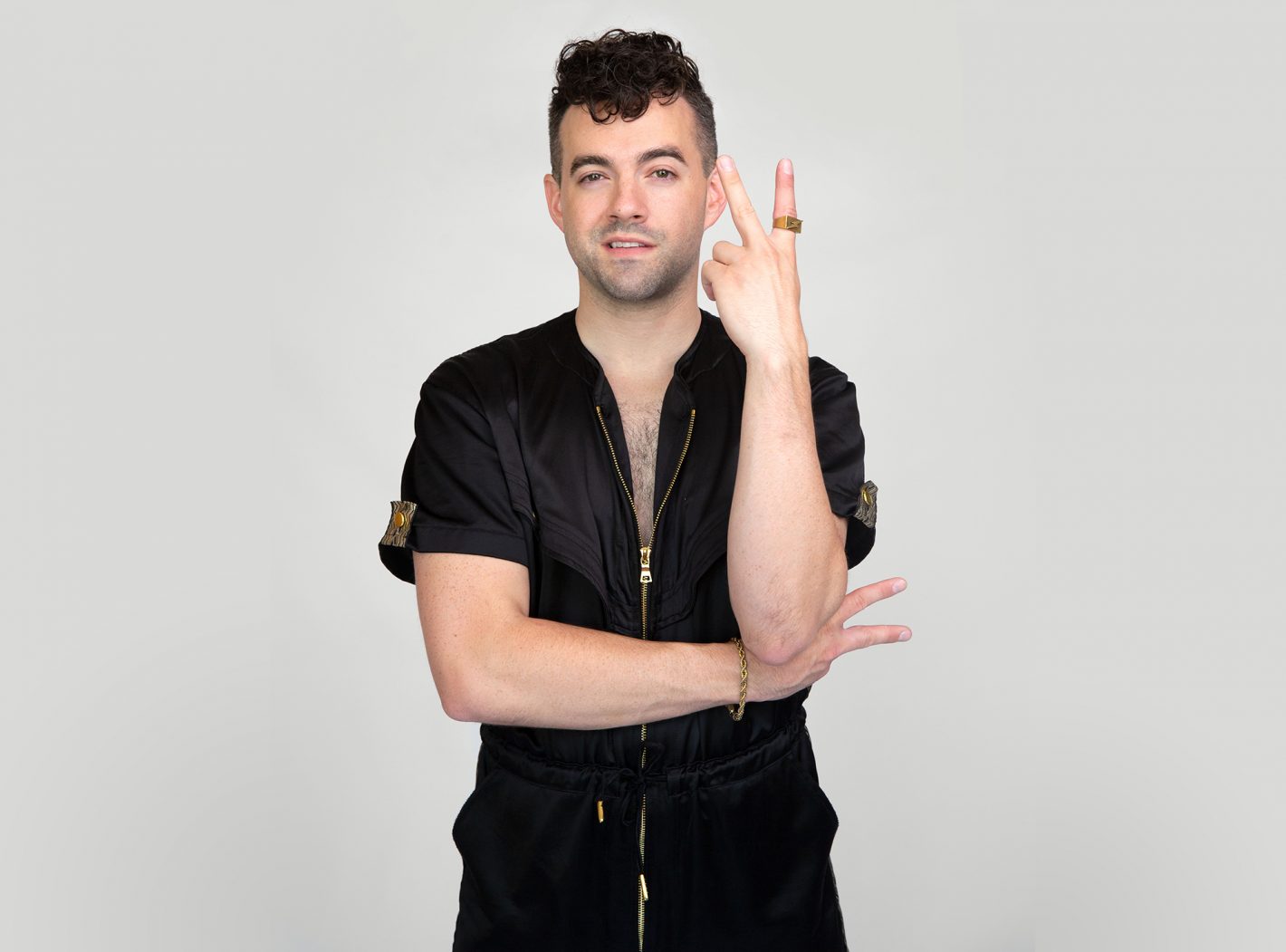 It isn’t every day you run across a real example of someone singing for one’s supper, a concept popularized (at least, that’s what my very limited Google search uncovered) by the nursery rhyme “Little Tom Tucker.” It’s certainly more rare to find one singing for someone else’s supper. However, from 2011 through March 2017, that is exactly what singer Vince Vicari did, performing at downtown Sacramento Mexican eatery Tequila Museo Mayahuel as its resident singing waiter. Vicari, now officially retired from the role, is now poised to release his debut EP, Bodacious, and for the first time, there is no supper on the line.

Vicari, who started life in Jackson, California, made his way to Sacramento by way of Sac State, where, according to an interview he did with Capital Public Radio, he started off as a communications major, but graduated with a journalism degree and a minor in Spanish. While Vicari always had a love for music, it was while working at KSSU that he discovered a desire to take things a step further:

“I’ve always watched performance videos of other artists and wanted to perform on stage,” said Vicari during a phone interview with Submerge. “I had ideas of what I wanted to do back in high school but had no idea how to go about writing or recording a song, mainly because the small town I grew up in had no resources for doing music publicly In college, I was at Sac State and I started a radio show there at KSSU.com, and I started interviewing local artists. The more I interviewed people, some of them were pretty good, and some of them were pretty bad, and I was like, ‘Damn, bottom line is they’re putting out their stuff; what is my excuse?’”

Vicari started small, attending college karaoke fundraisers and eventually putting together a makeshift band for a couple of events. When he finished with school, he decided he wanted to work for the state. However, he entered the workforce at a less-than-ideal time.

“I was trying to get hired by the state toward the end of college to just get a regular job,” said Vicari. “Turns out California had some sort of hiring freeze ‘blah, blah, blah,’ they couldn’t hire me, and my student assistant position ran out. Someone told me, ‘I know someone who is opening a restaurant; I could recommend you and set you up for an interview to be a host.’ I was like, ‘Sure, I have zero restaurant experience, but I need a job.’”

Early on at his new job, he found himself showing off his vocal talents. Vicari explains that one day while serving his bosses, one of the boss’s wives was present. While refilling her water, the woman—whom Vicari describes as “a very striking woman with light eyes and big hoop earrings … just kind of an intimidating attractive woman”—was asking him what he did outside the restaurant. Vicari explained that he liked to sing, and the woman requested a song, which he honored. The bosses were so impressed they asked him to make it a part of his job.

“I just started singing songs and it just sort of grew from there,” said Vicari. “People would request me for special dates or anniversaries and birthdays or whatever, and that spot was seen by a lot of travelers from around the state and around the world.”

However, not too long after starting to work for Mayahuel, he ended up getting a gig with the state. At first, he kept both jobs, while pursuing a music career in his spare time, which was limited. Eventually, in March 2017, Vicari uploaded a video to his Facebook page explaining that he would be stepping down from his role as the singing waiter of Mayahuel. Vicari says he misses working there, but that he needed to make the move in order to continue on his path.

“I was working two jobs,” said Vicari. “I was working at Mayahuel three to four nights a week, and then at the state five nights a week, and just trying to do everything else with whatever free time I had. It was so much fun there, and I enjoyed most of my coworkers, and I really enjoyed interacting with customers. I was having a great experience with them.

But I felt like at the same time I’d almost hit the ceiling with what I could do there.”

Vicari cherished his time at the restaurant, where he was able to get paid while honing his talent and doing what he loves: performing. He also shows a lot of appreciation for the restaurant that gave him the early exposure.

“Mayahuel was very good to me; it was super fun there,” said Vicari. “The bosses were always supportive when I would have these artist things. People would try to give me shit because I would have a beard, or have my hair all curly instead of more clean cut, so the managers would be like, ‘Vincente … you need to shave your beard,’ and the events coordinator Damaris, she was always like, ‘leave him alone…he’s an artist. He needs to express himself. He needs to do this. Yes, señor, you tell ‘em.’ They kind of realized that I was a waiter there, but that I was a little unique. They were always super flexible with me, but I just decided I needed to push to the next level.”

Meanwhile, Vicari has already gone on to show that he is more than just a singing waiter. He has sung the national anthem for both the Sacramento Republic FC, as well as the River Cats, performed at Cesar Chavez Plaza, and the SacTown Nachos Festival. Most importantly, Vicari is ready to debut his first album, Bodacious, a six-song EP.

“I’ve always loved the word ‘bodacious,’” admitted Vicari. “Then, one time I actually Googled it and it just said it was a combination of ‘bold’ and ‘audacious,’ and I feel like that resonates with who I am onstage and how I like to operate and run house when I’m onstage and doing a live show. I love to entertain people and I love to give people a show. If you like to dance or you like to sit there and watch, I will give you something to watch.”

Bodacious is a mix of dance, pop and R&B, which Vicari purposely mixed evenly with “half danceable, funky songs, half R&B … sexy songs more or less.” The lead single on the album, “Hear This,” already dropped, and the music video is an impressive watch, featuring some very well rehearsed choreography performed in the tunnel between Old Sacramento and DOCO. Throughout the album, from the thick, bass-dominated “Party City” to the ballad “Hush”—which Vicari performed in a Tiny Desk Concert submission to NPR—the album shows a diverse variety of pop influences.

“That’s why I like pop music; it’s such a malleable genre,” said Vicari. “Sometimes it’s kind of rock, and sometimes it’s kind of trap. Lately, top 40 has a huge Latin influence. I love that about pop music. To me, there’s a visual element to pop music. There has to be some sort of fashion moment going on or some sort of memorable music video or some kind of element assigned to pop music, and I’m really drawn to that. I like artists that have done that, and I feel like that’s the kind of artist I am. Whatever I’ve written down and you’re hearing in your ears, there’s a whole visual happening in my head I want to share with you, whether that’s in the music studio or on stage. That’s why I love doing pop music.”

Catch Vince Vicari live in celebration of the release of his debut EP, Bodacious, Friday, July 12 at Goldfield Trading Post (1630 J. St.). Tickets are $7 in advance, $10 at the door and the show is all ages, with doors at 7 p.m.