Under Your Skin (And Into Your Ears) • Warm Drag Lands at Red Ex Vol. III 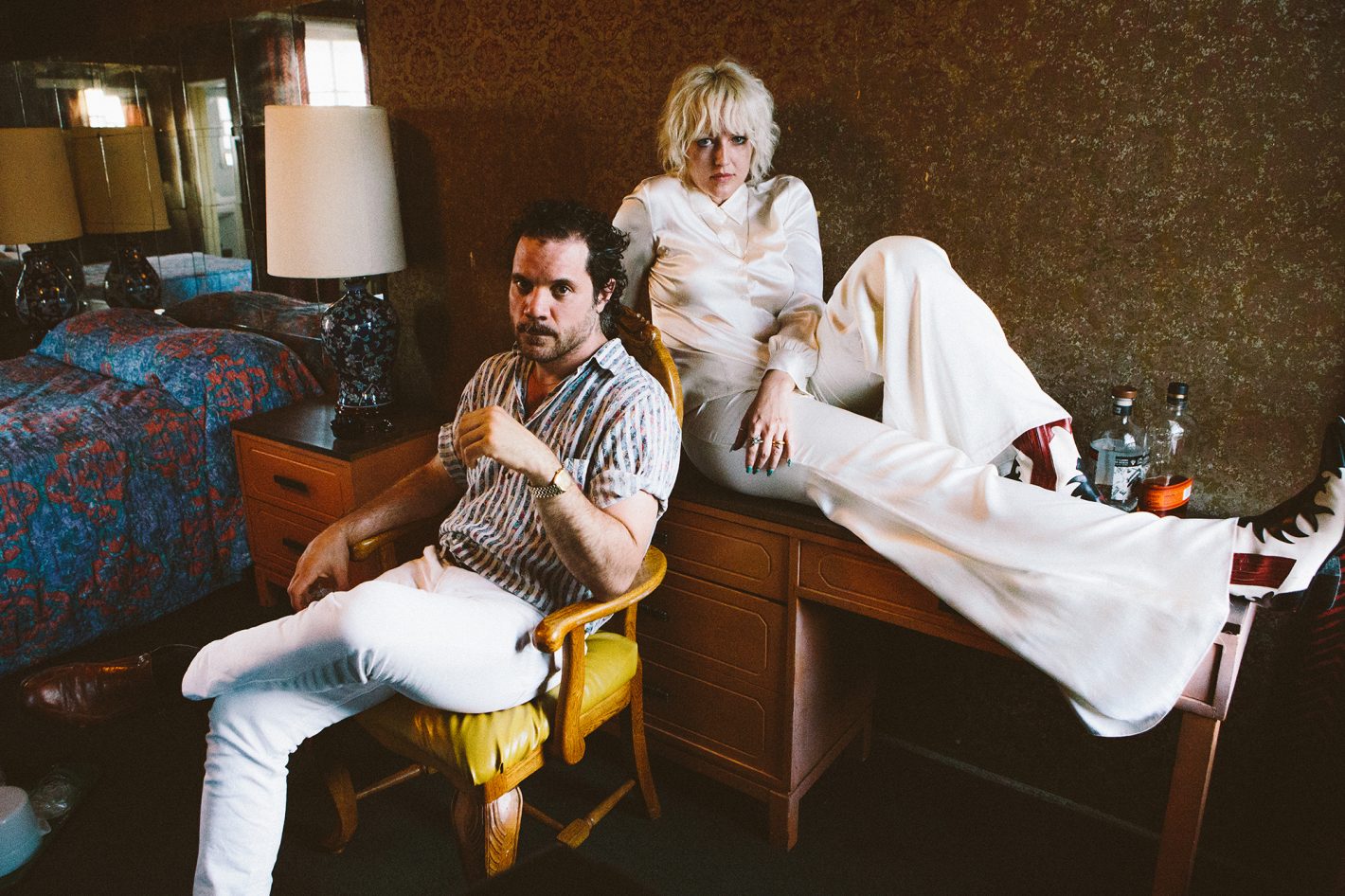 Somewhere near Morongo Canyon en route to Joshua Tree, Paul Quattrone can’t help but admire the scenery as he winds along the desert highway.

“I’m from Pittsburgh, so whenever I see palm trees, cactus or a yucca tree, it still blows my mind to this day,” he says.

Quatrrone, whom you may have seen play drums for Oh Sees or !!! before that, accounts for one half of Warm Drag, a Los Angeles-based two-piece birthed somewhere between the languid soul of Link Wray’s “Rumble” and Xmal Deutschland. While singer Vashti Windish hypnotically howls, moans and sashays about the stage in her rhinestone and bedazzled jacket, Quattrone mans the controls behind an elaborate plot of machinery curated to the aural pleasures of noise junkies everywhere.

This particular afternoon for Quattrone is a big one: He’s becoming a first-time homeowner.

“I found myself taking trips out to Joshua Tree,” he explains. “For some reason whenever I get out there and kinda isolate myself, I can just crank shit out.”

And Quatrrone certainly earns his living. Here’s his summer vacation: He finished a European tour with Oh Sees in May, immediately began a second one with Warm Drag, flew back to the States to play a one-off festival with Oh Sees, then flew back to Europe to continue the tour with Warm Drag. So take my word and do yourself a tremendous favor by catching Warm Drag at the Red Museum next month, as they take the stage at Red Ex Vol. III. Submerge was fortunate enough to discuss this, that and the other with Quattrone in anticipation. 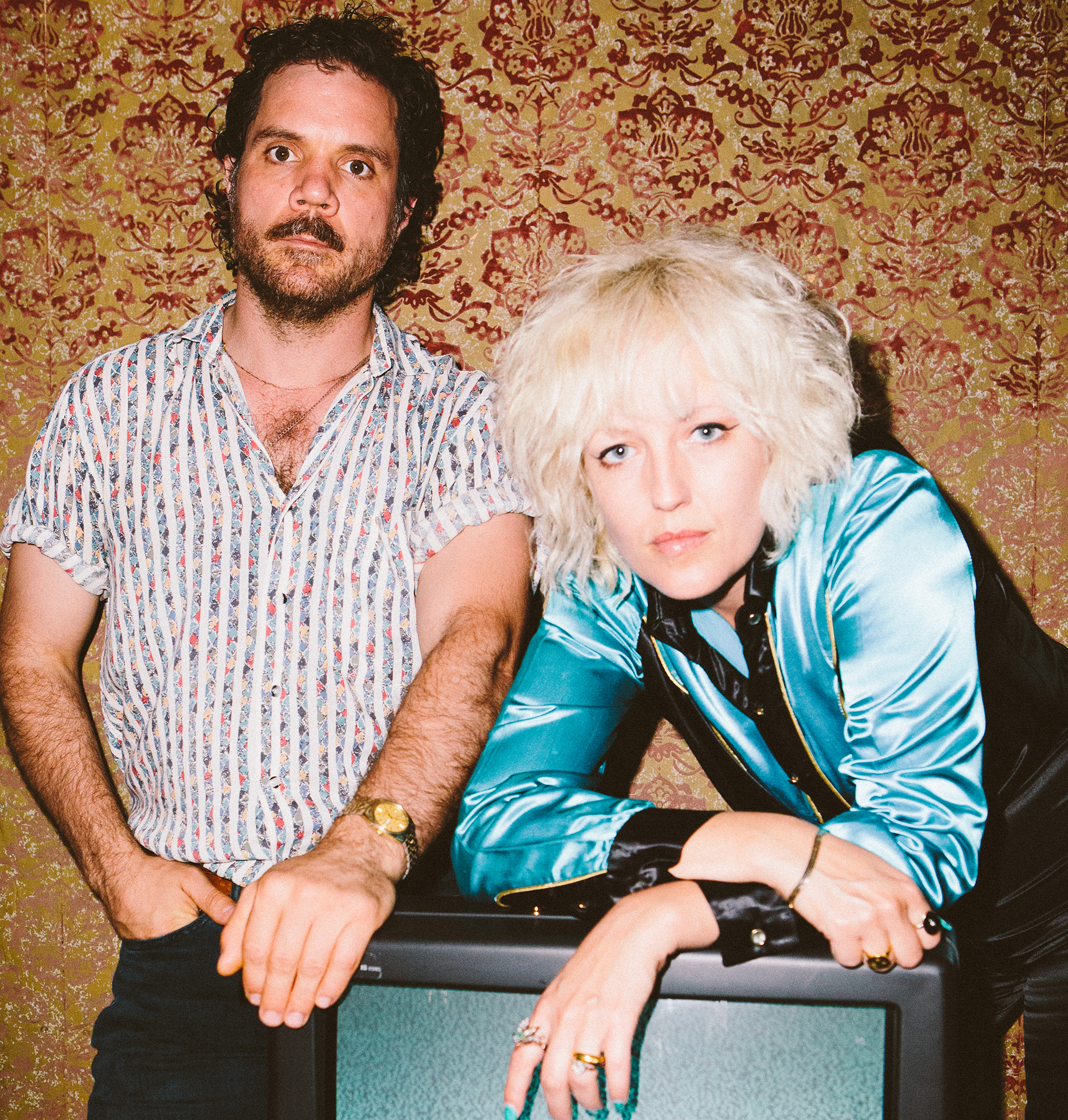 I understand that you and Vashti more or less started the band by chance after reuniting. How exactly did that come about?
We met through mutual friends in New York, [both] moved to L.A., hooked back up and actually started DJing together. We kinda realized we had a lot of very similar, very particular tastes in music. Especially the darker side of early rock ‘n’ roll. A lot of that, like, Link Wray or early rockabilly; there’s a lot of dark, moodier stuff. We wanted to start a band with that vibe, and I realized that by using samples, I could incorporate all these other [genres]. She’s into goth and industrial, and I’m into hip-hop and noise … you look at those types of influences on paper and you’re like, “How the hell is that gonna work?”

Talk a bit about your setup. It’s got a certain mad scientist quality to it.
[Laughs] I have two Akai MPC1000 samplers, and also a Roland SP-404. Most people who use MPCs will use them as a beat-making machine, but basically I use them as keyboards. I can’t play guitar for shit, but I always liked experimenting with sounds. Before I started using samples I always seemed to have a cheap keyboard laying around that I would mess with drones running through guitar pedals.

Is it a little intimidating relying on a setup that almost seems out of your control at a point?
Oh my God yes. That’s literally every single set. Not only the setup itself, but how the room is gonna sound. That’s why I like using the pedals, too. I could just program everything and press play, but playing stuff live and using guitar pedals kind of throws in this element of spontaneity. It’s hard for me to go onstage and not play something. Because of that, it adds chaos, ‘cause shit could go haywire at any moment—and often times does—but I have to have it like that, otherwise it would be boring for me.

Plus with the element of dub, for example, if you wanna stretch something, then you can just stretch it. There’s definitely that mood where a groove can run long and it’s totally natural.
I’m glad you picked up on that. We do have [songs] with dub sections, and there’s some shows we play where I can tell kids are getting kinda bored. We opened for Ty Segall a couple weeks ago, and I reigned that stuff in because kids were straight-up moshing to our set [laughs]. But then we played this small festival up in the Catskills and I could tell at least half the people there were trippin’ on something, and they were really responsive to all the trippy dub stuff.

Another aspect of your live sound that I really appreciate is that you guys are not afraid to just be loud as fuck. Bringing your own speakers—especially for the low end—makes it powerfully loud, and you gotta respect that.
[Laughs] I come from playing in live bands. And most of the shows we play, even though we’re technically an electronic two-piece, we get invited to play more rock shows. So at least volume-wise, I wanna be able to match or surpass all the rock bands we play with. And like I said earlier, literally every show we play, things sound slightly different. Certain rooms will bring out certain bass tones more, and it used to kind of drive me insane. I was like, “Why am I spending so much time trying to EQ everything?” when it’s just complete anarchy every time.

We do have some harsh moments when shit gets noisy just from the distortion I use, but if there’s a nice bedrock of thick bass underneath, it tricks your ears. If all you heard was just that shrill distortion, your ears would not be able to handle it. I mean, mine can’t. I’m going deaf from this band, basically [laughs]. And I’ve learned to turn it down a little bit. I used to crank shit even more. We did our first European tour back in January and the guy that was doing sound for us, this French guy Sam that also does sound for Oh Sees, he was trying to convince me. He was like, “Did you notice how there was like 10 feet between the stage and where the crowd was, and that a lot of people were plugging their ears?” And so the next night I did it his way and immediately was like, “Oh, people are dancing.” That was a humbling, eye-opening experience.

So you guys will be up here playing with Drug Apts … know them?
Yeah, actually Michael [Thiemann] was the one who asked us to play. For a while Sacramento was kinda like my second home, from when I played with !!! … we would spend extended amounts of time practicing. In fact, do you know Mike C? DJ? I gotta give a shoutout to him, because I used to stay at his house whenever I was in town. And he would come home late-night and play 12-inch 45s at 33 [rpm], and do his version of DJ Screw. And that was kinda what gave me the idea to pitch down and slow down all the old samples I use. That all comes from him, 3 a.m. on P Street, both of us really stoned and playing [a 45 of] “Immigrant Song” and it just blowing my mind.

Don’t miss Warm Drag Saturday, Sept. 14 at Red Ex Vol. III, a fundraiser for the Red Museum (212 15th St.), along with a host of other amazing bands. The event is all ages, and runs from 3 p.m.– 11 p.m., and tickets are $20 in advance, or $25 at the door. For more information on this event, visit Facebook.com/theredmuseum. For more on Warm Drag, check out Facebook.com/warmdrag.