Warming Up the Workweek

When I used to hear the word “hump,” two things would come to mind. The first was those annoying dogs you don’t know that always want to mount your leg even though they’re neutered. Annoying. The second was being 13 and getting hot and heavy with my girlfriend Molly’s jean skirt while she was still wearing it. Awkward. Now, thanks to DJ Whores, HUMP conjures up a much happier memory for me. His Wednesday night slot at the Press Club is an oasis in the middle of the workweek. 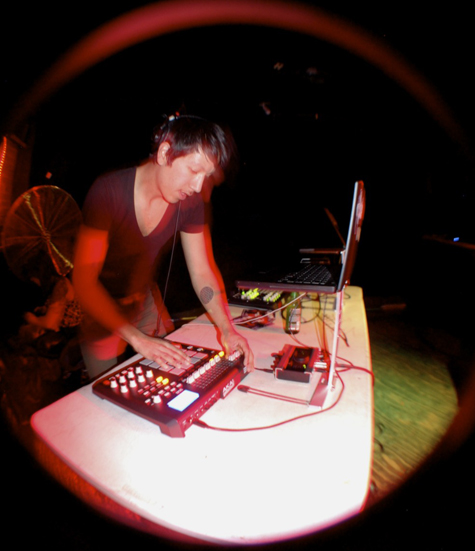 HUMP is a dance music night, for starters. It’s a night for the sweatmakers and the drinkers. DJ Jonathan Francis is towering over his laptop, face lit from the glow of his screen, and he’s busy selecting just the right tech-house and electro tracks. He likes variety, but tonight it’s funky bass lines cut with choppy vocal samples and noisy bridges with lots of cymbals. It’s hard not to move to this. The criticism is that it gets old after a while, but so does your grandma and you still love her. He throws on a Friendly Fires remix, and I’m sold. 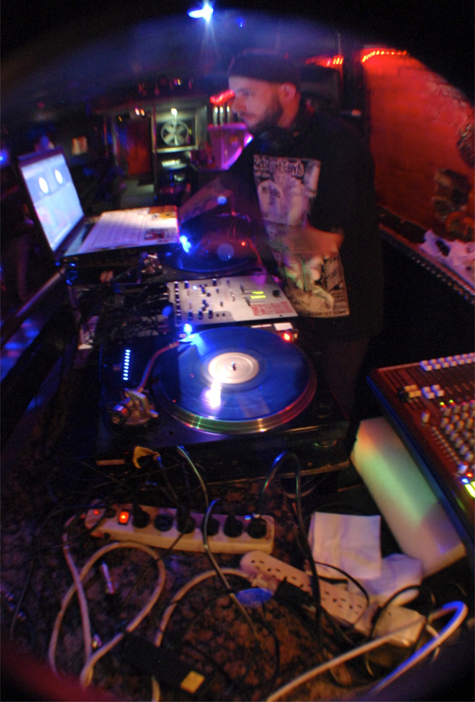 DJ Whores steps up to the plate. It’s 11 p.m. and everybody is primed and ready for one of Sacramento’s best selectors. He opens up the sound, choosing big vocal house cuts with chewy bass lines and devastating kick drums. Whores’ track selection is like a binder full of hall of famers. You’re stoked on a Ted Williams and then he hits you with a Mickey Mantle. It’s tough to say that he’s “warming up” Apache Cleo, tonight’s headliners, because Sacramento shows up just to hear this guy spin on a regular basis. Tonight is no different and I hang on his every mix, watching his fader carefully, anticipating the change like a nervous prepubescent.

As per a typical Midtown crowd, the club starts filling up around 11:30 and all the nightowl regulars are starting to show their hoodie-shadowed faces. Whores is in full swing by now and the randoms attracted to the word “Club” on the marquis have filtered in, too. All the right players occupy the dance floor, and all the while the lights are spinning and the drinks are weighing in. The sub is rattling frames and feet are sashaying across the floor like cursors on a Ouija Board, their movements uncontrolled. 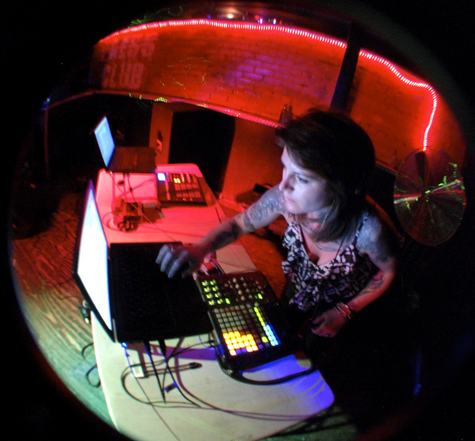 The stroke of midnight finds Apache Cleo poised and ready. The duo is an attractive, young couple, with cute matching his-and-her laptops, whose DJ merits are defined by their individual styles that sonically mesh. Usually they perform together, but due to issues with the airport on Cleo’s computer, they are unable to link up and will be performing separately. Apache makes his way up first, preparing for his intro cut. It’s a dark house break, dissident and not the friendliest dance floor groove. Cleo circles him, dancing behind him and snapping photos of his every move. She seems to lighten his mood a bit because the next track he mixes in is a funky, disco banger that changes the atmosphere entirely. This is his way of letting the dance floor know he still cares–but not for long. His next track is just as ominous as his opener. The rest of his set is equally as unpredictable, but still full of gems that separate him from the others. He finishes with a Blondie remix that seems to summon Cleo, who saunters to her laptop. Her opening track is a strange rock anthem that sounds as if Cookie Monster is the singer. Again, her set is scattered yet enjoyable, even though she seems to be suffering from some technical difficulties. By this point, a couple is damn near making babies on the dance floor as a Missy Elliot lyric rings out, “Doing it, and doing it, and doing it well.” That’s my cue. I’m all humped out.