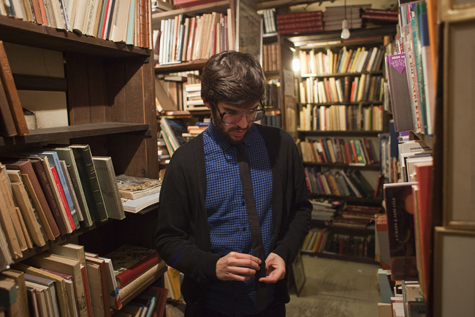 Jet setting around the world to collaborate and tour, studio sessions with music’s most renowned creators, and splitting living time in Sacramento and Copenhagen with a beautiful girlfriend would seem to make for a full life for most musicians, yet Steven Borth II seeks more from his endeavors. The well-traveled musician is exploding back onto the scene with his new project, CHLLNGR, a dub revolution that takes some history-digging to get to its source.

Borth was born and raised in Sacramento, but found his niche as a musician in the Bay Area. Remember ska? More specifically, remember third-wave ska punk? It had a good run in the ’80s and ’90s and Steven Borth II was a part of that as a member of the East Bay’s Link 80. He joined the group in the latter years of its existence, but his involvement is integral in shaping CHLLNGR.

Link 80 frequently toured Europe, enjoying the fruits of the punk rock circuit in the United Kingdom. It was on these tours that Borth acquired a taste for dub music. “I would help load in the gear, do a sound check with just enough to time to go outside and ask someone where the nearest record shop was,” he said. “I would make it just in time before they closed, and I would pick up what I thought may be good. How I really got started was collecting the Trojan box sets.”

The dissolution of ska was far from pretty. Link 80 suffered traumatic losses and its surviving members found new outlets. For Borth it was joining Rx Bandits, another Bay Area ska revival band. He’d been in Link 80 for four years, but when Steve Choi offered him a spot, he joined up because, he said, Rx Bandits’ sound shared the direction of his interests musically and politically. Those Trojan box sets he scored while on tour with Link 80 introduced him to dub originator King Tubby, which inspired him to continue his exploration of dub while on European tours with Rx Bandits.

Borth started a side band called Satori while playing in Rx Bandits. He described that band as homage to Jamaican music, which served as a foundation for CHLLNGR—his foray into the next era of dub.

Borth first graced our radar as the bearded, almost Teen Wolf look-a-like saxophonist in Purple Girl. The all-too-short-lived funk band could have been Sacramento’s answer to Hall & Oates, but it was not meant to be. Months later, Borth’s three-piece project Dub Defender emerged at The Press Club. Dub Defender’s first run of shows featured Borth on keys, vocals and sax, with Purple Girl/Who Cares keyboardist Young Aundee contributing falsetto vox and DJ Whores cutting up club-friendly hip-hop samples into the dubbed-out fold.

That night featured hip-hop and indie rock bands, yet wedging a dub set into the mix was far from an uncomfortable juxtaposition. Borth’s willingness to let his projects breathe and grow makes Dub Defender an intriguing plot. There is no blueprint for Dub Defender. Borth opts to let his instincts and interests amalgamate until he’s satisfied with the results. “One of the most important things for me in music and in life is to always be open to new ideas,” he said. “I try to make open roads for myself and anyone that is involved in my projects.”

Borth and company leaked a single, “Change Is Great,” as Dub Defender before changing the name. The project is now called CHLLNGR, which is pronounced “Challenger”—he just dropped those useless vowels. Borth explained that the new name is meant to express the boundless nature of the project. “I felt the name Dub Defender could be restricting stylistically,” he said. “I really want to explore this project and take it as far as it can go.”

CHLLNGR began on a TASCAM 388 reel-to-reel machine made in 1985, which Borth purchase in San Jose, Calif. He enjoyed the dusty aged sound of the quarter-inch tape. “[The seller] tried to say it worked, but I knew that it didn’t,” he said. “It cost me $800 to fix, but in ’85 it was retailed at $5,000. Using it made me think a lot about studios, and if you’re looking for a vintage sound, it’s better to be limited, because that’s technically how it was.”

The recording sessions were structured as a game for the collaborators to play. Borth invited his friends to add their touch to the simple chord changes he’d laid down, until each musician was satisfied with their bit. Once the structure was settled, he recorded on the TASCAM until the proper vibe filled the room.

“I wasn’t looking for perfection as much as I was listening for the take where everyone’s own style came out the most,” Borth said. “What I really captured in doing it like this was that once we got it, there was a certain freshness to the sound since we were really learning and creating the songs while in the process of recording them.”

Those sessions will be CHLLNGR’s debut EP, which is scheduled for a spring release on Green Owl. The EP’s release has been pushed back several times, but the delay has not phased Borth. He said, “When the project gets debuted we want it to be perfect. The people I’m working with on this record have been making music for a long time, so we know how to do it wrong. We’re taking the necessary measures to be certain that the timing is right.”

The live set, since we last heard it, focused primarily on dub vibes; but when Borth mentions collaborating with Zach Hill, Brooklyn’s Ninjasonik, former The Defendants member Dr. Echo and London’s Afrikan Boy, the direction of CHLLNGR becomes puzzling. It’s not surprising his session with Hill in the Bay Area involved noise nuisance disputes. Borth invited Hill over to lay down drums and even took the necessary steps to warn his landlord and neighbors of the impending noise. “I knew it was going to be loud, but I had no idea how loud.”

“[The landlord] said it would be fine but to try to get done by a certain time since they had their grandparents coming over,” Borth said. “Once we were done we walked outside and my landlord looked like he wanted to kill me. He said it shook the whole house. Needless to say, we were done in time and no heart attacks occurred.”

Living the life of a nomad, but keeping an apartment in Copenhagen, Borth said it’s been a taxing process to continue recording CHLLNGR on his beloved TASCAM. “I have been creating a lot more of my music utilizing modern technology, i.e my laptop, micro-Korg and an Mbox, which I think will be reflected in the sound,” he said. “I will most likely use the TASCAM again for this project, but at this point since I am traveling quite a bit, and it is easier for me to put everything in a duffle bag, travel around and capture sounds.” 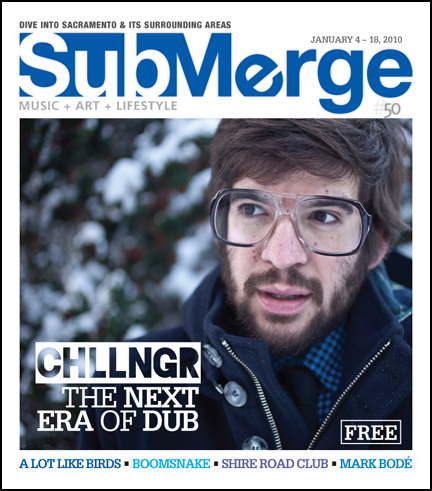 CHLLNGR played the Submerge 50th Issue Party/second anniversary on Saturday, Jan. 9 at Marilyn’s on K with TAIS and DJ Mike Diamond.
To see when and where CHLLNGR will play next you can check out www.myspace.com/chllngr