Will Haven Strikes Back! 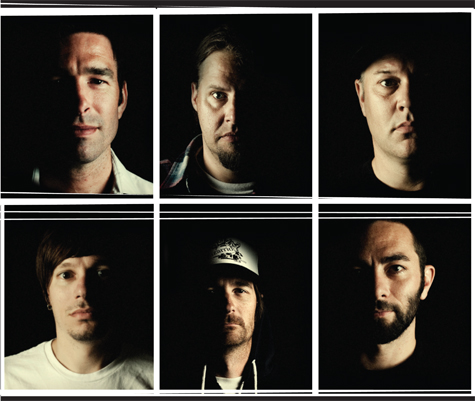 A calming flow of synthesizer builds gradually, luring in all curious listeners. And for the moment, everything’s serene–but secretly there are other intentions. The role of the antagonist for this song’s tale has become apparent and all are vulnerable; no one is safe. Unexpectedly, the once soothing hum is quickly ambushed by the constant, albeit macabre, pulse of keys chiming steadily like an old grandfather clock at a slightly higher pitch. The sound instantly signals the mood has now changed and there’s no turning back. Melodic guitar suddenly strolls by, equally not to be trusted as the composition is then met by shrieks grave enough to raise the hairs on one’s arms and neck. The screams forever burn images of neck veins into your psyche, and then the music fades. For now, you’ve survived this six-minute dark opus written by one of Sacramento’s most respected longtime metal veterans, Will Haven.

What should have been the perfect theme song to Wes Craven’s A Nightmare on Elm Street had it been written 20 years ago, the track (“Lost” off of Will Haven’s newest full-length album, Voir Dire, translated as “Speak the truth”) is only a snippet of what’s to come from this band in the future. With original vocalist Grady Avenell back at the mic, the addition of keyboard and synthesizer courtesy of Adrien Contreras and a new bass player who happens to be the percussionist for a little band called Slipknot, Will Haven is back on the scene and in full force.

“This record is the starting point to what we can do,” explained Jeff Irwin, guitarist and founding member of Will Haven, at their practice space off of Marconi Avenue. “To me, this album is definitely deeper. When I listen to our old records, I see the skeleton of what we’re becoming. We’re getting older and we’re taking our time now. Before, we put out a record just because we knew we were going to go on tour, but now, recording days have slowed down, we don’t play as many shows and that energy is put into the music and we feel we have a deeper passion for it.”

According to Irwin, throughout what most might see as a four-year stint of silence since the band’s release of new material, the guys of Will Haven have never stopped playing music completely. Whether they were playing in alternate side project bands to fill their musical voids, or deciding to come together to play music in support of a close friend in a coma, Irwin credits the return of original vocalist Grady Avenell for ultimately fueling Will Haven’s passion to once again begin writing and rekindling the family vibe the band was built on.

“We played some of the Chi benefits and I just got the itch to do it again,” Avenell said of the shows developed to support Deftones bassist Chi Cheng, currently in a minimally conscious state after a 2008 car accident. “We talked about it and went forward from there. I’m excited. It’s been almost 10 years since I’ve put an album out and here we have an album coming out. I’m just looking forward to playing some shows and having a good time.”

Formed in ‘95 right after high school, Will Haven have since paved a hard road releasing countless albums and EPs, touring the world with the likes of Deftones, Earth Crisis and Slipknot, where they would find a new member to welcome into their family unit of pure metal: Chris Fehn, percussionist for Slipknot turned bassist for Will Haven.

“He’s been in the band since this record. We toured with Slipknot in 2000 and we just became good friends with him and we’ve been close ever since,” explained Irwin. “He’s really passionate about music, he’s not in it for anything else and that’s hard to find nowadays. With him, he’s like, ‘I don’t give a fuck who you guys are. I love the music. I love you guys. I just want to play.’ And that’s exactly what we want, someone who has passion, loves the band and is here for the right reasons.”

However, touring with world renowned bands such as Slipknot or Deftones kept the band grounded. And instead of rolling up to venues with tour buses and crews of roadies, Will Haven took the more punk rock approach, pulling up in an old van with one goal in mind–to share their music with a crowd of thousands.

“When we did tours like that, I think that made the band what it is. We’d go on tours with Deftones or Slipknot and there’d be thousands of people there, but for us, it would be almost like a punk rock show because they’re in buses and have crews, and we pull up in this crappy, little van and our goal is to try and kill everybody. We aren’t there to sell tickets. We’re there to show people that this opening band just kicked your ass even more than the headliner did. I think that’s what drove us and what kept us grounded; we’ve put in our work,” Irwin said.

With the band’s average age being in the mid-30s, Will Haven recall the days when self-promotion was solely up to the musicians. A time prior to social networks like MySpace or Facebook, where one didn’t just Google a band and decide whether or not they’re worthy, but actually visit a music store, purchase an album and research them at their own discretion. A time when tacking flyers to poles and actually speaking to people in person was prevalent–which later turned into inviting fans personally out to shows. Those days, go figure, are now gone. To the members of Will Haven, this has become a lost art form and they blame the ever-evolving monster that is social networking.

“Before, it was all about the music,” says Irwin. “We started before Myspace, and we’re kind of new to the whole Internet thing, but when we started, you made a demo tape and gave it to a record label and see what happens from there. At our age right now we’ve seen the decline of the ‘rockstar days.’ The labels and getting signed for a crap load of money doesn’t happen anymore. In the late ‘90s it just seemed like that took a shit. It’s a whole different world. So, we got to see the height of [the music industry] and we saw the crash of it, too.”

With more than 10 years of music behind them and an unwritten future ahead, the guys of Will Haven have become a well-respected entity within Sacramento’s tight-knit music scene. Whenever their name is mentioned, conversations of praise and an air of respect are present. Irwin said the band’s local popularity stems from the guys choosing to be true to themselves and to their music, but other local musicians say Will Haven have earned respect because they’ve always kept it real.

“These guys have been grinding it out since ’95, always doing their own thing,” explained Jesse Mitchell of Red Tape/Kill the Precedent and longtime friend of Will Haven. “Since the beginning, they have been following their own path, but still staying true and recognizing Sacto as being home base. We as fellow Sacto musicians respect what they have achieved, not just locally, but worldwide. They have always been good friends with my bands and are cute as buttons to boot. Will Haven will be sonically slapping your face for years to come.” 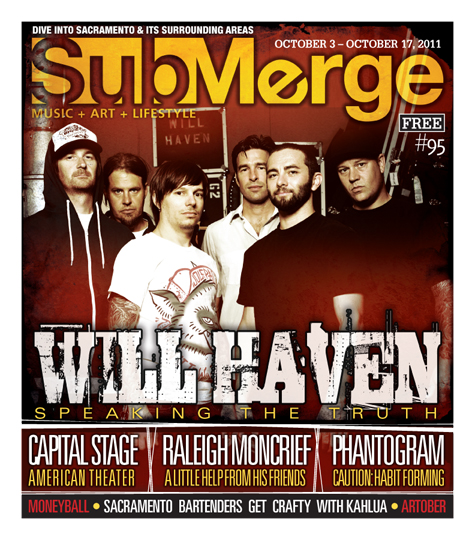 Will Haven’s Voir Dire will be released Oct. 11 on Bieler Bros. Records.