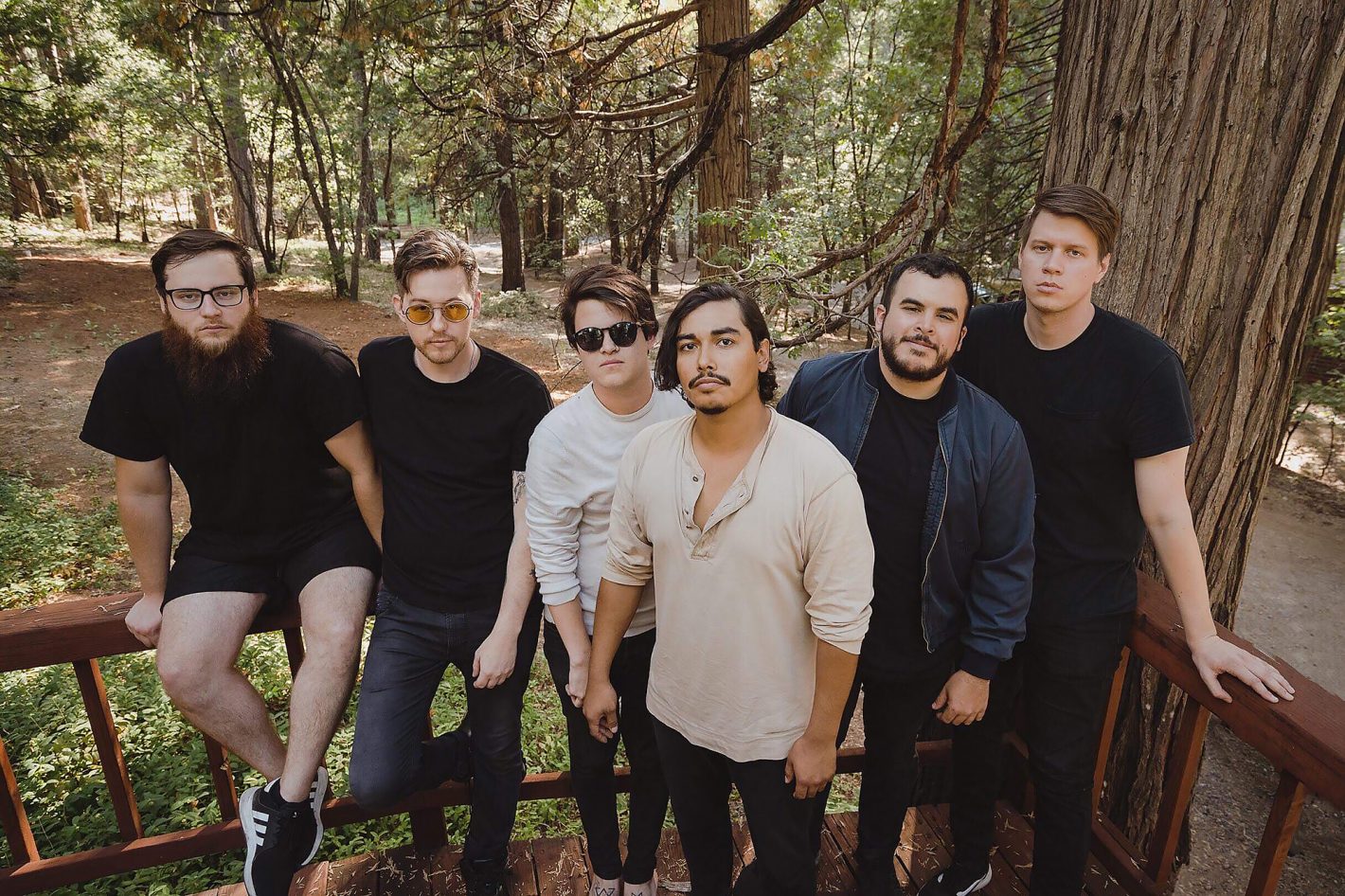 “Where are you from?” is a deceptively difficult question for many bands. Sitting at a table outside Insight Coffee, Cameron Nunez, Marcus Cisneros and Tim Feerick of post-hardcore band Wolf and Bear quickly settle on Sacramento. But they and their bandmates Tyler Watt, Josh Unitt and Jacob Koval trace their roots back to many different towns—and different bands—across the Central Valley.

“We all try to bring our own different flavor,” says Cisneros, who sings for the band.

Wolf and Bear has followed up their 2017 full-length Everything is Going Grey with a short but ambitious EP (simply titled EP) that grafts surf rock, emo, indie, R&B and other sounds onto a solid post-hardcore backbone.

The four-song EP hit the internet on Aug. 15, but fans could stream most of the songs before that. The band sporadically released singles online, in what they say was a strategy to sustain listeners’ interests rather than dumping all the material on them at once and hoping it didn’t get lost in the noise.

“I feel like people can get overwhelmed listening to music now. I feel like dropping one song, waiting a little bit, then dropping another song, it helps people focus on the music,” says Cisneros.

“People will take 10 songs and judge them in a day. But if you get one song and don’t like it at first, then listen to it again, you might be like, ‘Actually I was wrong first spin.’ Then it’s a grower, not a shower,” adds Feerick with a laugh.

It’s clear that the band isn’t lying when they say they get along. Being in a band can be more akin to a romantic relationship than a friendship. A musical polycule, if you will. Butting heads is common, but it’s all in the service of a positive creative vision.

“It’s the story of most bands in Sacramento. You find dudes that are talented, and you make some cool stuff but you cannot function with them sometimes, so then you have to find other dudes and you keep having to play musical chairs with everybody,” says Feerick.

But all agree that Wolf and Bear is and has been a harmonious alignment. Like any good couple (or throuple), the three guys (Cisneros, Feerick and Nunez) finish each other’s sentences throughout our conversation.

“I remember seeing your band play with Scary Kids Scaring Kids and I was stoked,” says Nunez to Cisneros when describing the long road to the current formation of Wolf and Bear.

As Cisneros explains, this was a show on the Scary Kids tour that his old band was opening in Modesto. A light comes on in Feerick’s face and he jumps in:

“Oh yeah, I was there too because I was also on the tour!”

Feerick has played bass with post-hardcore godfathers Dance Gavin Dance, also from Sacramento, on and off since 2009. Sometime in 2015, Feerick says he was recording songs with the band at Pus Cavern Studio in North Highlands. Dance Gavin Dance guitarist Will Swan had just launched his own label, Blue Swan Records, and was looking for bands to sign. Feerick was watching the music video for Wolf and Bear’s single “Sight,” and showed it to Swan. He was instantly impressed.

“He just watched the video and was like, ‘Yeah, I’ll sign them.’ It was the most matter-of-fact thing,” Feerick says, then adds with a laugh, “I was like, man, I could’ve pretended to be their manager and took a cut.”

But Feerick did get involved with the band in another way, joining as bassist in 2017 and helping to write Everything is Going Grey.

The connections to Dance Gavin Dance have been a boon to Wolf and Bear, but it can also be hard to escape comparisons to a band whose mark on the scene is so large and enduring. Dance Gavin Dance inspired bands to race to explore as much genre territory as possible, and these days it often seems like there is little frontier left.

“The innovation has become tradition,” says recording engineer Dryw Owens, who worked on Everything is Going Grey and the new EP.

Owens says Wolf and Bear was the first post-hardcore band he’d recorded, but has since worked with Dance Gavin Dance, A Lot Like Birds, Hail The Sun, Eidola and Sianvar. These and other bands often fall under the genre “Swancore,” a playful label invented by fans. The name comes as much from the Blue Swan record label to which many bands of the genre are signed as it does the adventurous guitar-work of Swan, which remains a strong influence in post-hardcore.

Put another way, genre-bending has at this point become a genre in itself, and styles that may have been novel in post-hardcore 10 years ago are now almost expected. It’s harder for post-hardcore bands to surprise listeners these days, but Owens continues to be surprised by Wolf and Bear.

“It’s definitely strategically done. All of the cool parts are well placed,” says Owens. He adds that not only have Wolf and Bear matured technically as songwriters on the EP, but they also continue to write music with genuine emotion.

“They pull from different influences than other bands. They also have a rawer aspect to them,” he says.

The raw, post-hardcore energy is there on the EP, especially in the hard-hitting opener “Scorched Shore.” Then there are the funky basslines and R&B-inflected chorus of “Red Hen,” the surf-rock guitars and sensual grooves of “Deleto” and the unexpected bongo breaks and pop melodies blended into the otherwise mosh-ready “Lifeguard.”

The band agrees that while writing the full-length was more rushed than they would have liked, the process for this EP provided much more room to breathe and opportunities for every member to contribute.

“For the EP, we all wrote the songs collectively. This feels more authentic to the lineup,” says Nunez.

“Six voices is a lot, but you get really cool results when you have people all pushing and pulling to get it right,” Feerick adds.

The result is something with which they can all be happy. Says Nunez: “It’s some of my favorite things that I’ve written, and that the band has written.”

Wolf and Bear plans to continue surfing their creative wave and remain in writing mode for awhile. Playing more shows isn’t out of the question, but the band’s primary touring vehicle is rusting on the side of a road somewhere in New Mexico, splattered with elk guts. The poor creature met its natural predators, Wolf and Bear, this time barreling down the road at top speed in a van after a show. The vehicle was totaled, but luckily nobody was hurt.

Despite the bump in the road, Wolf and Bear hasn’t slowed down and doesn’t plan to.

After playing a pair of release shows for the EP at the end of August, the band says they will tuck into generating material for their next LP. Feerick also hopes to record some acoustic tracks and possibly cover songs to release for their appreciative fans.

EP by Wolf and Bear is available now on Spotify and Bandcamp. Their EP release shows will be at The Boardwalk in Orangevale (9426 Greenback Lane) on Saturday, Aug. 31, 2019, and at Malones in Santa Ana on Sunday, Sept. 1. Performing alongside Wolf and Bear at The Boardwalk will be Outlier, Find Yourself, Self Continuum, Subtlety and The Measure. $10 cover. 6 p.m. doors. All ages. For more info, go to Boardwalkrocks.com.