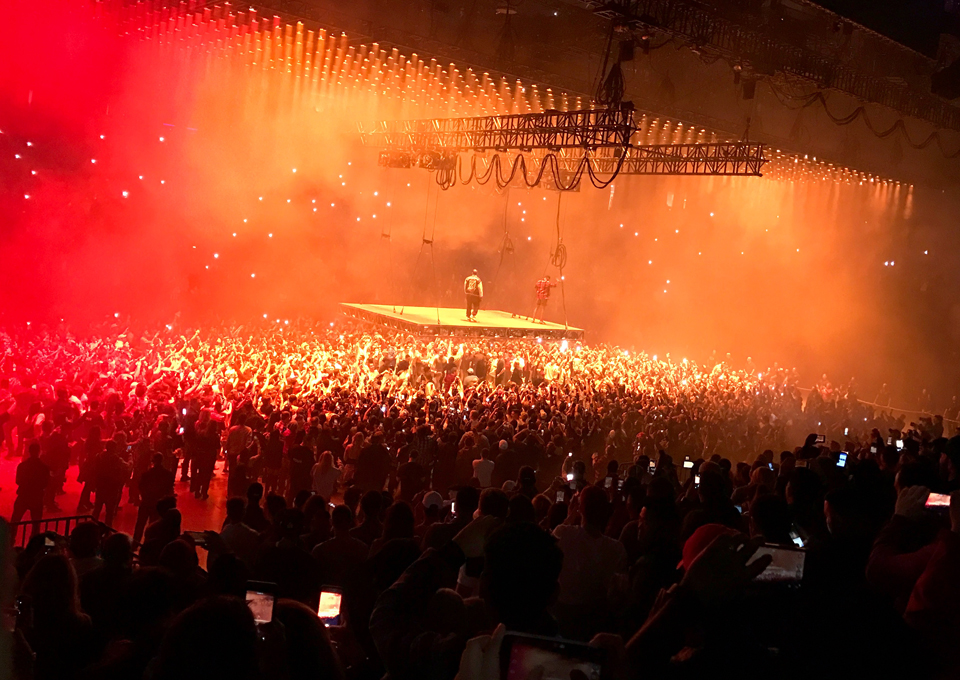 We waited an hour and a half for Kanye to start his Pablo Bullshitwhateverthefuck show. Then he came out on a floating stage and everyone went apeshit. Then, while hovering over the crowd, ‘Ye went insane and hugged Kid Cudi for an awkward amount of time. It was probably two minutes, but it seemed like an hour.

That’s when I knew we were in for some serious shit.

Disclaimer: I don’t know any Kanye West songs, so I don’t actually know which ones he performed, but they were both auto-tune-y and a little bit horrible. Anyway, he did two of them, but the important part is that he started Kanye-ing so hard that I think he even surprised himself. He was like, “Yo, I’m on my Trump shit, bruh,” and then he let out a political stream-of-consciousness rant so long and ridiculous that I think Allen Ginsberg might have popped a posthumous boner in his grave. I couldn’t really understand everything Yeezy said, but he was definitely bummed out on Barack Obama, Hillary Clinton, Taylor Swift, Beyonce, MTV, the radio (in general) and Jay-Z, who he begged not to kill him with his hit men. The best part of his rant was that people were so eager to hear music that they just said “fuck it” halfway through his boring speech and started twerking and moshing to the sound of babbling-ass Kanye. All the while, kids were in lines that spanned all across the arena lobby, trying to get their hands on some $40 Kanye shirts. 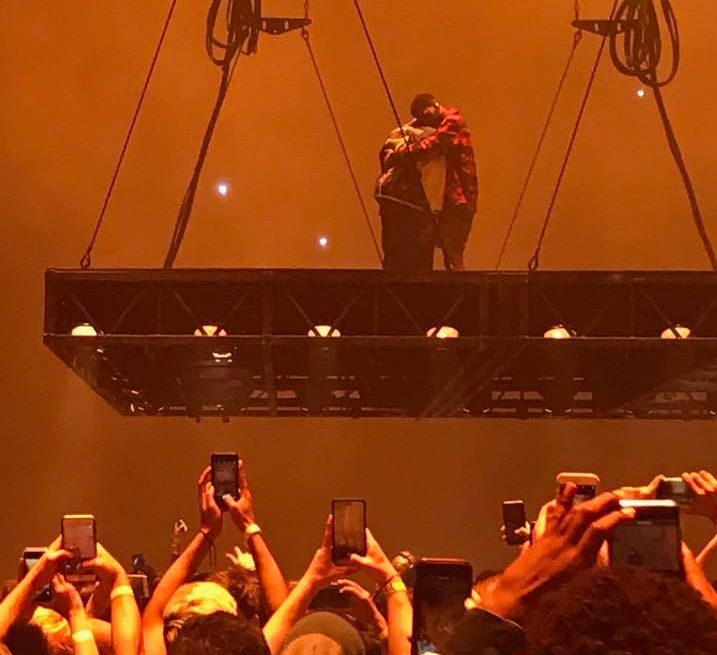 Finally, Kanye said, “Press, get ready to write some passive aggressive, LeBron James, season four racist comments. Get ready to have a field day, press, because the show’s over.” And then his little stage floated back to its docking station and he stormed away, like Darth Vader, back into the darkness.

It was fucking perfect, plus I could be in bed before midnight.

But you know what’s even better than getting home at a reasonable hour? Watching fans freak the fuck out because they just got swindled by Kanye. People were yelling “Fuck Kanye!” and throwing their beer cans at the stage. Some lost souls just stood in the balcony, staring straight ahead as if they’d lost a loved one. And some people were crying. Fucking crying!

When I made my way toward the exit, there were still kids in line for merch. They had no idea that the show was over.

Whatever Kanye has done, he’s done it well. It’s a formula: Take to the stage, build up some dramatic bullshit situation that doesn’t exist, like, say, Jay-Z murdering you, then hype yourself up so hard about your make-believe drama that you can’t possibly perform. Then you run off the stage and collect your cash.

So when Kanye says, “I’m on my Trump shit,” he’s not joking around.

But to be honest, I would have paid a hundred bucks just to watch Kanye fans cry. I also would have paid that much to see Kanye hug Kid Cudi for an hour. Two rappers embracing? That shit is beautiful. Don’t get me wrong, I’ve seen some amazing shows in my day—Slayer, A Tribe Called Quest, Tom Waits, Run DMC, Madonna, Patti Smith, Operation Ivy, Wu-Tang Clan, Black Star … and while I don’t really know what I just watched, I do know that it was better than any of that shit. 10/10, would Kanye again. 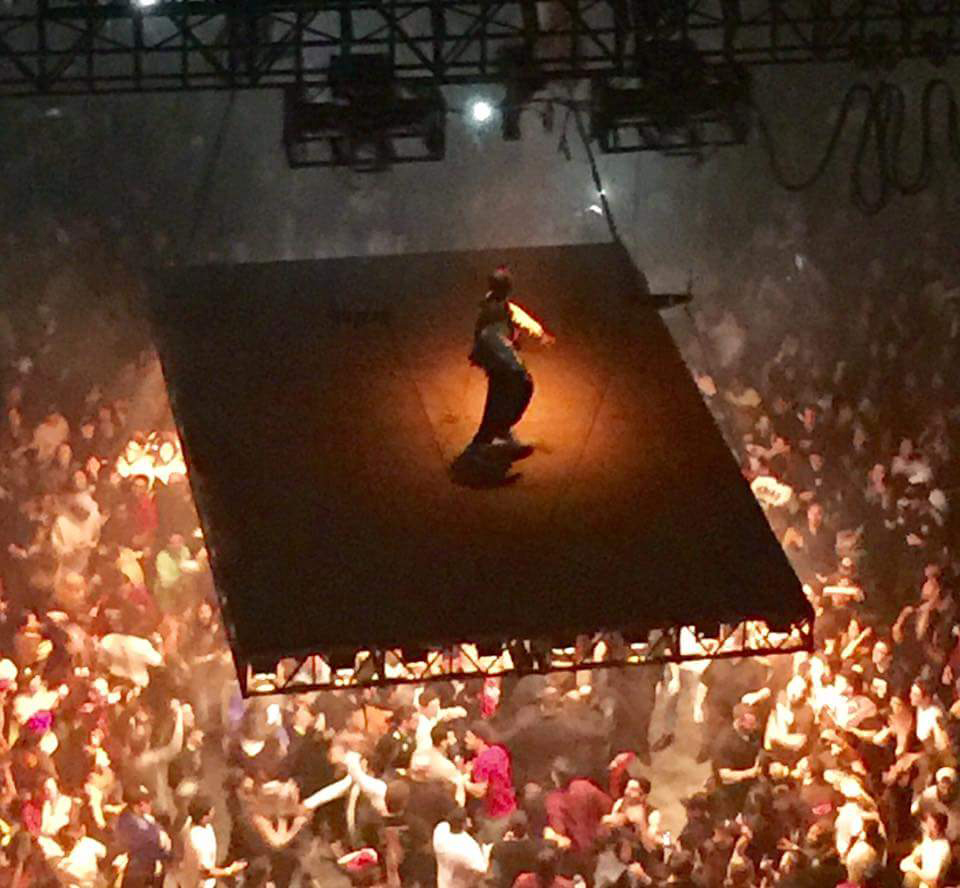