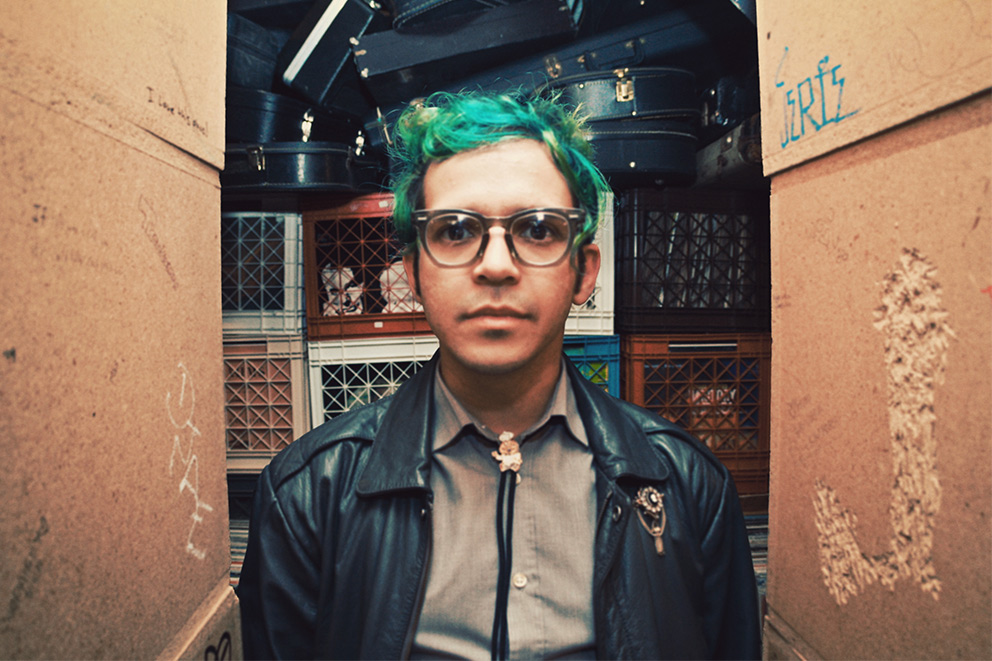 Photo above by Jen Wong

While most teenagers in the ’90s were navigating their way through the precarious world of acne, young love and algebra, Andrew Southard—also known as Young Aundee—was honing his skills as a musician and launching his career as an electronic, hip-hop and trip-hop beat maker while learning to master the melodica, a harmonica with a blow tube, but more on that later.

“The first song ‘Amazing Grace’ is a beat that Dusty Brown had since 2007. We made some modifications to it,” he explains. “There’s no [specific] concept to it, but the name caveat emptor is a sales term that means let the buyer beware, so I thought it would be kind of applicable, like when you apply yourself to art and music you kind of have to take whatever discomforts come with the bad and the good.”

As he approaches his second decade of making music, the performer has amassed a catalog of music that ranges from punk rock to hip-hop, but says his journey as a singer and performer is still ongoing as he continues to cultivate his talents.

“In the more live, songwriting atmosphere, I’m still coming into my own,” he admits. “Self-consciousness is still a problem for me, so when I do feel like I connect [to the audience] it means a lot to me. I guess ultimately that’s what I’m trying to do is connect.”

Making connections is a language that Young Aundee speaks fluently—he’s played with local and national acts ranging from Sister Crayon to witch house maestro oOoOO, and maintains a long-running musical partnership with Sacramento electronic impresario Dusty Brown. As he gears up to bring his latest project to life, Halftone Society Rhythm Section—a musical alliance he formed with producer Benji Illgen who performs under the name Mophono—Young Aundee says that the act will be a clandestine event shrouded in ambiguity.

“It’s a collaboration between a bunch of different musicians in the San Francisco jazz scene and also a couple in the beat music scene,” he explains. “Mophono [is] trying to keep it as elusive as possible, you’ll never know what it’s actually [all about] until you go to the show.” 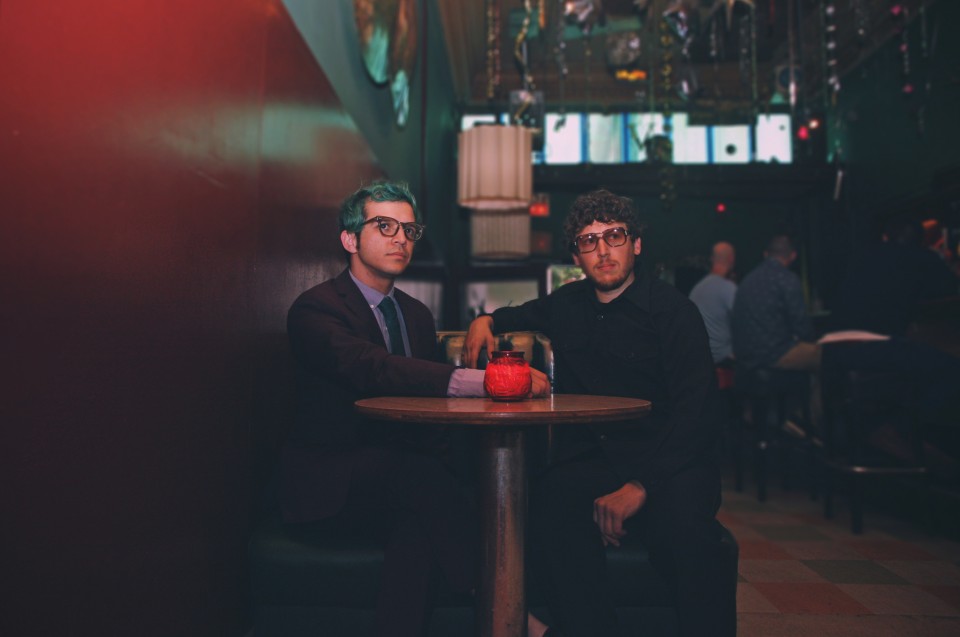 A Young Aundee performance is both heterogeneous and unpredictable—drawing from his eclectic range of musical interests, his mood-drenched lyrical style combines genuine openness with raw, unapologetic observations of the world around us. Layered over a menagerie of twittering synths and methodical beats, his music is a reflection of the diversity that directs his musical compass, coalescing in a sonic wave that is both hauntingly beautiful and straight-up ear candy.

“The first band I ever played in, I was a keyboard player and it was kind of a Cure, pop thing,” he recalls. “I loved the feeling that we were creating something that was our own, as simple as that sounds, it’s true.”

When he isn’t constructing beats with Brown or tackling the logistics for the Halftone Society Rhythm Section album release party set for the end of the year, Young Aundee also throws down with the hip-hop group Who Cares. In fact, it was through his association with this act that Young Aundee established one of his favorite collaborations, with the ’80s Los Angeles dance scene legend Egyptian Lover.

“My very first show with Who Cares was in 2005 at the Mezzanine in San Francisco. It was the first time we ever performed a song called ‘Space Love,’ which is kind of on that freestyle, Debbie Deb, Shannon kind of shit, and the chorus in that song is straight-up like an ’80s radio song,” he recalls. “So he heard that, and ever since then we’ve kind of been on his radar. We approached him to collaborate on a track and he was available and was actually excited about the idea. To say that I worked with a dude that created a sound, especially on the West Coast, is a big deal to me.”

Creating sounds is Young Aundee’s jam—the soundscapes he constructs, whether performing live with Who Cares or standing behind his laptop churning out beat-drenched grooves at events like this week’s ArtMix at the Crocker Art Museum, draw from his wide-ranging musical pursuits, including the melodica.

“I started playing the melodica because of my connection to dub reggae music; it was made famous by a guy called Augustus Pablo in the ’70s,” he says. “I started playing it in my first band called Secret Six. We were like Bad Brains and Operation Ivy, that punk-reggae, but not the Sublime kind. Yeah, I call that Beach Hut Deli shit, they always have the Pandora station on Slightly Stoopid and Pepper, and all that horrible shit. I can’t stand it. You have to smoke dabs to feel that shit, the highly concentrated shit.”

And while he’s been making music since the days when he recorded original tunes on his four-track recorder at 14, Young Aundee says that his sound has evolved organically through the use of technology, but also as a result of his close relationships with his trusted production team.

“The dudes I work with predominantly are Dusty Brown and Benji, who are like two of the most underrated electronic music producers in Northern California,” he says. “I’m super lucky and blessed to be able to work with them on a regular basis.”

“I usually work with a lyricist, but I also write my own stuff out of necessity,” he continues. “I’m more of a singer and a part maker before I am a lyricist. I’ve worked with one of my best friends since I was in high school, his name is Jeremy Dawson and he collaborates with me on probably 70 percent of the lyrical content.”

The word visceral gets thrown around a lot around these days, but from Young Aundee’s purgative debut album, 2013’s Fear in the Fold, to his latest exploits with Halftone Society Rhythm Section, the singer-lyricist-beat maker says that it is because of those guttural, agonizing experiences that creativity emerges from the dark recesses of the spirit, both in and out of the studio.

“That’s what David Sedaris’ books are like for me, they make you laugh [but] they also kind of make your heart drop,” he explains “A lot of comedy does that for me; a lot of comedians are deeply disturbed, depressed individuals, that’s why that shit comes naturally to them.”

With Caveat Emptor hitting the streets and a full-length album he hopes to release in 2016, Young Aundee is hitting his musical stride. But it is his dedication to the exuberant exploration of the sonic world through bold experimentations and by taking risks that belie his quiet demeanor and allows him to draw in and connect with the crowd.

“Music is pretty transient, so it’s super rewarding to connect with an audience,” he says. “I don’t call myself a DJ but I think that’s the language people can adapt to more than the original music thing, so I’ll take it as it comes.”

Catch a Young Aundee DJ set for free Sunday, Nov. 15, 2015, as part of the Submerge 200th Issue Party at LowBrau, located at 1050 20th Street. The event will also feature live performances by Contra, Sunmonks, DLRN and Joseph In the Well. The party is free, 21-and-over, and begins at 5 p.m.