Zero Progress: hated but not forgotten

I went to see this Mexican hardcore band from Los Angeles called Rotting Out at Rock Band University (possibly the stupidest name for a venue ever) in Davis, and I was immediately surprised how hardcore shows hadn’t really changed much since their heyday in the mid-to-late-‘80s—short haircuts, tattoos, pimples, tons of white people, etc. After being bored by a couple opening bands, a group took to the stage that carried a different energy than the others. They were sort of clean cut (a la youth-crew-era bands of the ‘80s and ‘90s), but the singer, a skinny kid in a Fred Perry shirt, wore Xs on his hands and sported a fat, menacing Junkyard Dog-style chain around his neck, swinging it around the stage like he was some sort of vengeful straight-edge crack addict.

He called himself The Champ, and he kept saying how his band, Zero Progress, was the best hardcore band in the world. I couldn’t really argue. They sounded as if G.B.H. and Chain of Strength had a bratty love child. Plus, their energy, power and egos were all immediately convincing. And refreshing.

While The Champ prowled around the stage, yelling, seemingly in his own world of fame and glamour, the band churned out some of the most brutal, moshy tunes with whiffs of Minor Threat and Bad Brains. In between songs, The Champ poked at the crowd. “You see these sunglasses?” he yelled. “They cost more than your entire house!” And then he stomped on them while the band broke into the next song.

The crowd ate it up, moshing around the venue, some swinging thick chains of their own, nearly cracking each others’ skulls in two. It was like a punk rock version of Lord of the Flies, scary as all fuck. But also hilarious. And interesting. And intriguing, which is something hardcore hasn’t been in quite a long time.

So I decided finally to meet up with Zero Progress at a house occupied by brothers Matt (who I will refer to as The Champ because a band of brothers is confusing as shit to write about) and Ed Saincome (vocals and bass, respectively), in the heart of Pacifica, Calif., a sleepy town on the coast of the Pacific Ocean. When I arrived, the entire band—The Champ and Ed alongside the other set of brothers Josh (drums) and Collin Jacobs (guitar)—on a crusty old couch, talking about their sound (a mix of street punk and hardcore), their love of Sacramento bands, their fans and detractors, and most importantly their mission: to never fall through the cracks of underground music. 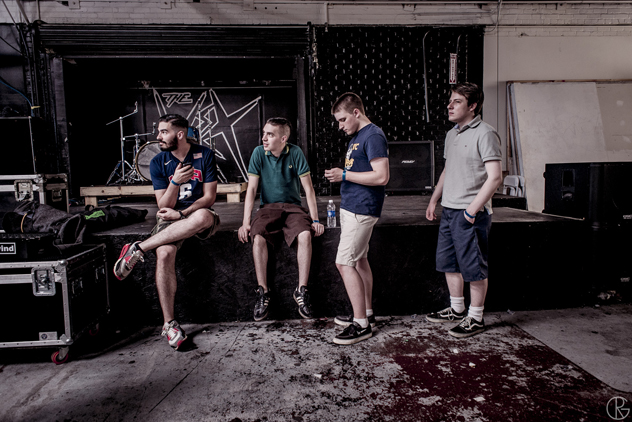 “We don’t want to be like any other punk band,” said The Champ, explaining that Zero Progress takes showmanship seriously in a way that most hardcore bands seem to dismiss. Zero Progress is an interactive band and The Champ constantly jeers the crowd, which is part of the show. In fact, when I went with my wife to watch the band in Davis, she nudged me in the ribs halfway through their set and whispered, “Hey, that guy’s a fucking douchebag.”

But not only does The Champ understand my wife’s comment, he applauds her keen observation. And embraces it.

“You know when you go to a hardcore show and the singer does stuff that you know exactly what he’s going to do even before he does it? In between songs it’s this basic-ass hardcore frontman,” he said. “And we just didn’t want to do that anymore. So we just decided to get really outlandish with it. And weird. And mean. Just do shit that’s different. So, yeah, people think I’m a dick or whatever. But that’s fine.”

“People pay money to see you,” said Ed. “You should do something that’s interesting.”

And danger is inherently interesting. 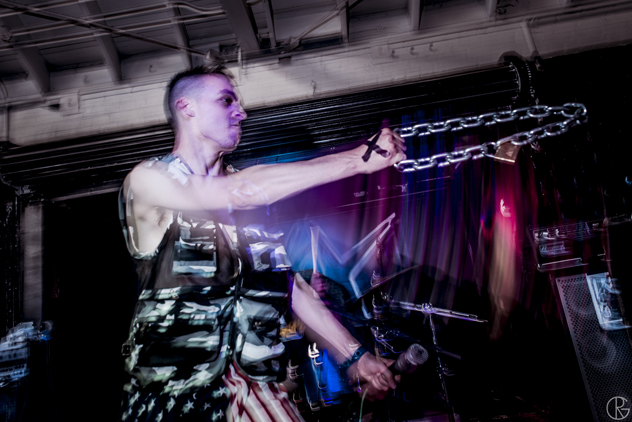 According to brothers Collin and Josh, it’s the spirit of danger that keeps crowds coming back. They remember going to a show at 924 Gilman where a band incited a near riot. The audience threw metal chairs and traffic cones around the venue.

“There was a fight for five seconds, there was trash everywhere and the bouncer was so pissed. It was a great show and I’ll never forget it,” Josh said. “Only 20 kids were there and it was the best show ever.”

That’s because hardcore music isn’t about success. In fact, it’s pretty much the opposite. It’s about failure and that feeling of being a complete fuckup. So the best thing to do when you get a bunch of fuckups in a room is to make some noise. And a scene. It’s where Zero Progress excels. Their love of mischief is legendary; their blatant disregard for social mores is epic and obnoxious, which, when you think about it, seems like a cocktail for people in the audience wanting to punch them in the face.

“Yeah,” The Champ said, laughing. “I used to brag about how I’ve never been punched in the face. That ended recently.”

At a recent show (not a Zero Progress show, mind you), the crowd somehow turned on The Champ, getting rowdy, throwing broken glass and culminating in a woman punching him in the face.

“I didn’t hit her back because my mom raised me to not hit women or whatever,” The Champ said. “But Ed hit her husband.” 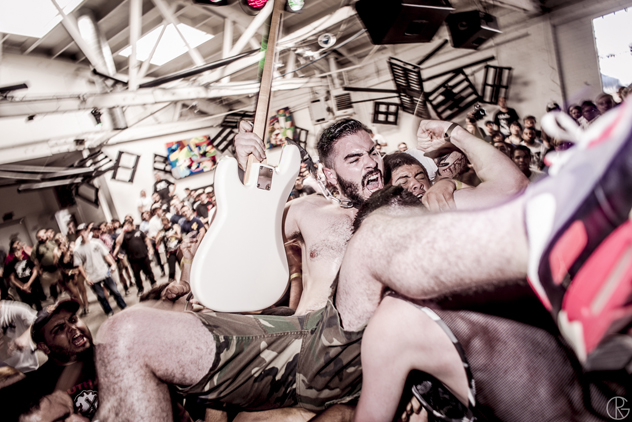 During the course of our interview it became clear that Zero Progress is a band with something to say. The Champ, the mouthpiece, is a witty troublemaker and arguably the perfect frontman. He has a strange, off-kilter idea about everything—from his ‘zine Punks! Punks! Punks! (“It’s just packed, page-to-page of me singing the praises of people who have now either physically assaulted me or tried to blacklist me) to the concept of unity (“It’s weird because we try to come at music with an open mind and be like: It’s OK that you’re 40 years old with a huge dreadlock and a beard and you smell like shit and you smoke meth and you’re a crust punk and you got a studded black denim vest. It’s OK, man. We can be friends. Do you want to come play a show with us? And then when that person turns to you and says, “You’re a fuckin’ piece of shit, Matt.” And you’re like, “No, you’re the piece of shit”). The Champ even offers concise thoughts on the state of the Bay Area (“The Bay Area is fucked, dude”).

In truth, one could write a full-length biography and not even begin to capture the wild essence of Zero Progress. But know this: The Champ is so misunderstood that even as a budding journalist he manages to alienate himself from his friends. For example, his story about the iconic venue 924 Gilman (that appeared last year in SF Weekly and then in The Huffington Post) created a tidal wave that ripped through the punk community, solely because it posed the question, “Has Gilman lost sight of its original purpose?” Apparently, even asking such a question is akin to tipping a sacred cow. And punks get butthurt. Asked how that article has affected his life, The Champ replied honestly, “Well, I just don’t have, like, any friends.”

Which basically sums up the entire existence of Zero Progress—a loud, hardcore punk band that speaks its mind even at the risk of its own exile. The band doesn’t take any shit, but when you think about it they take a whole lot of shit. Yet, it’s all in good fun. And none of it matters anyways. So fuck it. Go to a show. Get rowdy. $wing Chainz. 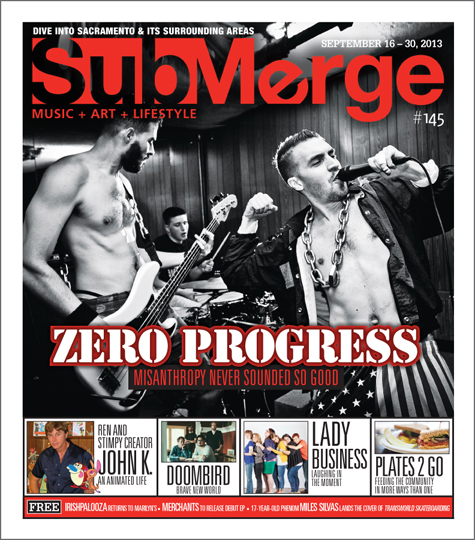