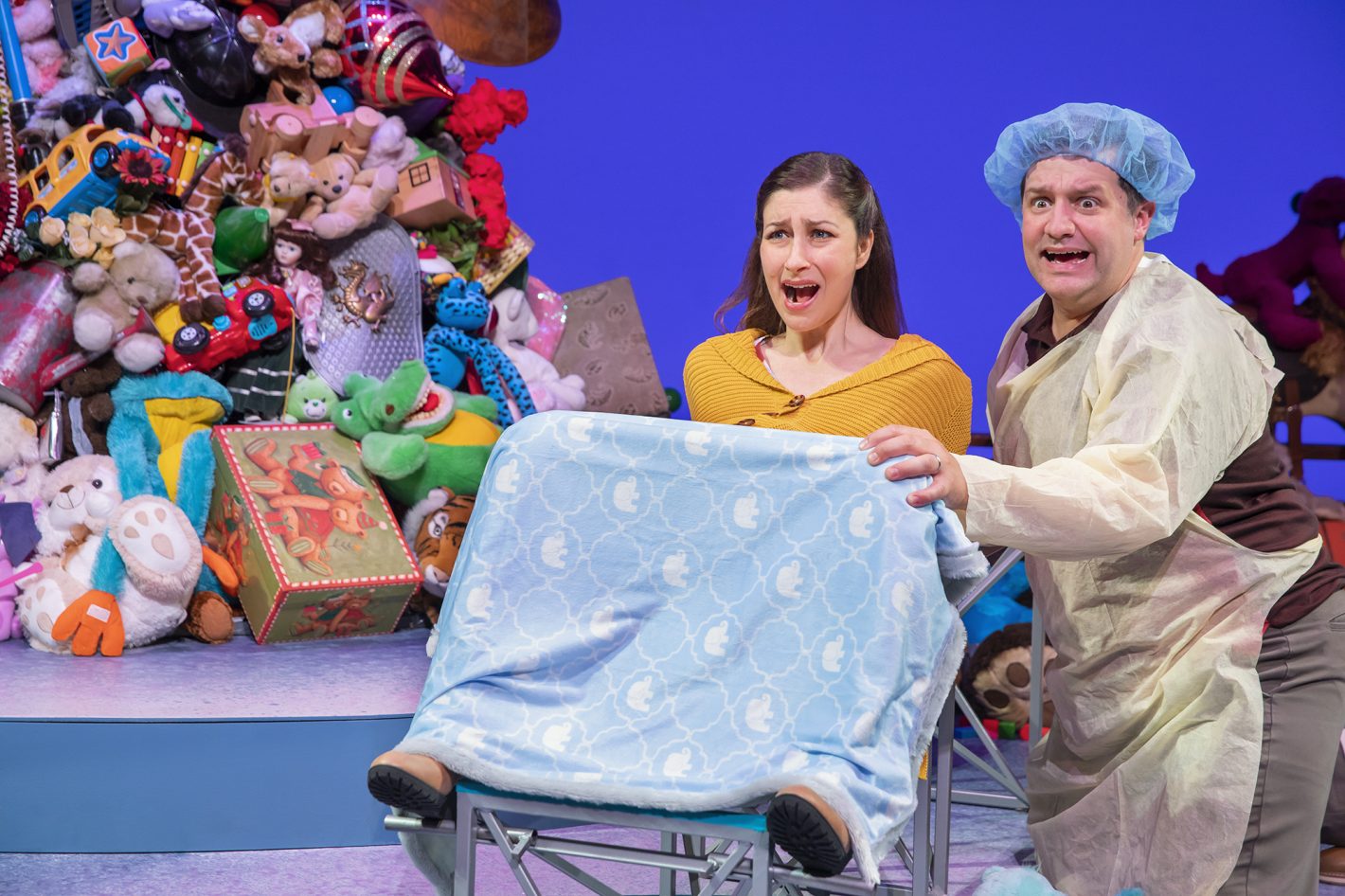 The B Street Theatre is continuing its promise to embrace original works. The winner of B Street’s inaugural New Comedies Festival, The Forever Question by James Christy, is the latest new play to grace the stage at the Sofia. This play centers on a couple that weighs the advantages and disadvantages to the possibility of another bun in the oven. Of course, there is plenty of feedback from their nosy parents, but flashbacks also foreshadow their decisions.

After the birth of his third child, playwright Christy started to ponder how his life became full of new family and new responsibilities. For Christy, writing The Forever Question was his way of figuring out how becoming a parent comes with permanent changes and enduring duties. The official TFQ press release quoted Christy, “I realized I have no idea why I decided to have kids. I always knew I wanted to have a family in the abstract, but I never questioned why that is.” The Forever Question show will continue until July 14, 2019. For showtimes and ticket information, visit Bstreettheatre.org.