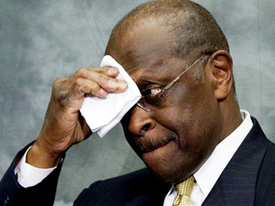 Yeah, yeah, yeah… a lot of shit happened in 2011. Big deal, I say! Thanks to 24-hour news networks and our Internet overlords, we were all there to see what went down. I feel like this past year’s major events have been pounded into our heads over and over again to the point of numbness. Now that the year has ended, we are being bombarded with “Top Ten Things That Happened in 2011” articles. What I don’t need right now is rehash of the crap we never really stopped talking about. I’d much prefer if we talked about all the things that didn’t happen.

For example, the world’s financial system didn’t (completely) collapse in 2011. Greece put forth a Herculean effort to slay the beast with its debt-laden club, but that 30-headed, 100-armed, 80-legged, spineless, heartless bastard of an exchange system just keeps on trucking. Greece can thank countries like Germany for saving its ass when it was on the verge of collapse. Germany really must have learned its lesson from WWII, since the last time it was in such a position of power things went rather differently. Add to the list of things that didn’t happen: WWIII.

Across the pond in the good ol’ U.S. of A., plans to fix the economy were slow going at best. Apparently, we built the road to recovery right through the middle of both houses of Congress, who then decided that they weren’t going to do shit in 2011. Sure, they bickered, horse traded, blackmailed, threatened, lied, cheated and stole, but what did they accomplish that actually benefited the rest of us? Instead, we got a stalemate of epic proportions, pitting morons against idiots in a battle to see who can fuck up the hardest. My verdict: it’s a DRAW! Each member of Congress has proven himself stupider than the next, creating an infinite loop of idiocy like some sort of moronic M.C. Escher sketch.

While Congress sat on its hands, the banks kept theirs in their pockets. Hopefully, you didn’t need any cash in 2011 to do something crazy like invest in your small business (job creators!) or home, because the bank wasn’t about to give you shit. The almighty dollar was worshiped by the big banks, and they wouldn’t let it out of their sights. Instead they stacked more and more scratch, making the banks themselves the only people who got paid in 2011.

Perhaps there’s a chance to make a change with the 2012 elections. I only say “perhaps” because I’ve been watching the party sludge build up all through 2011. Do you really want to know what didn’t happen last year? Take a look at the presidential primary campaign season so far.

Donald Trump did not prove he wasn’t a complete douche bag. Herman Cain did not remember to keep his dick in his pants. Rick Perry did not realize he was going to have to talk so much or ever make sense. Mitt Romney did not reveal the location of his off switch, nor did he enable his emotion chip. Michele Bachmann did not cleanse the world of gays and socialists as she had been praying to do. Rick Santorum did not cleanse his Google presence of neither semen, lube nor buttholes.

Newt Gingrich did not convince the country that the moon needed to be mined or that we ought to be able to jail federal court judges if Congress doesn’t agree with their opinions. Ron Paul did not write racist articles that he may have signed and possibly profited from. Poor, seemingly normal John Huntsman didn’t really stand a chance against these nut jobs. Finally, Barack Obama did not prove he was an American by providing birthers with a sample of the first shit he took upon exiting the birth canal so it could be tested for Kenyan dietary staples. For shame, Obama. For shame!

Speaking of old shits, a lot of famous people died this year. There were definitely some sad ones for me, but I was actually more surprised by the ones that didn’t die. I was pretty sure Lindsay Lohan and Charlie Sheen were both going to kick the bucket in 2011. Those two are like a train wreck on the deck of a sinking Titanic. If LiLo and Chuckles ever hook up, may God have mercy on our souls.

Which brings me to the last (and most important) thing that didn’t happen in 2011: God, Allah, Jesus, Yahweh, Krishna, Jehovah, Buddha, Shiva, Thor, the Devil, the Flying Spaghetti Monster, Harold Camping, Nostradamus, Dictators, terrorists and/or patriots [Insert Deity/Enemy/Perceived threat/soothsayer/random asshole here] did not destroy the Earth in 2011. May I/he/she/it/you/they/we/me/him/her/us/nothing continue to keep up the good work for many more years to come!