America According to Trump 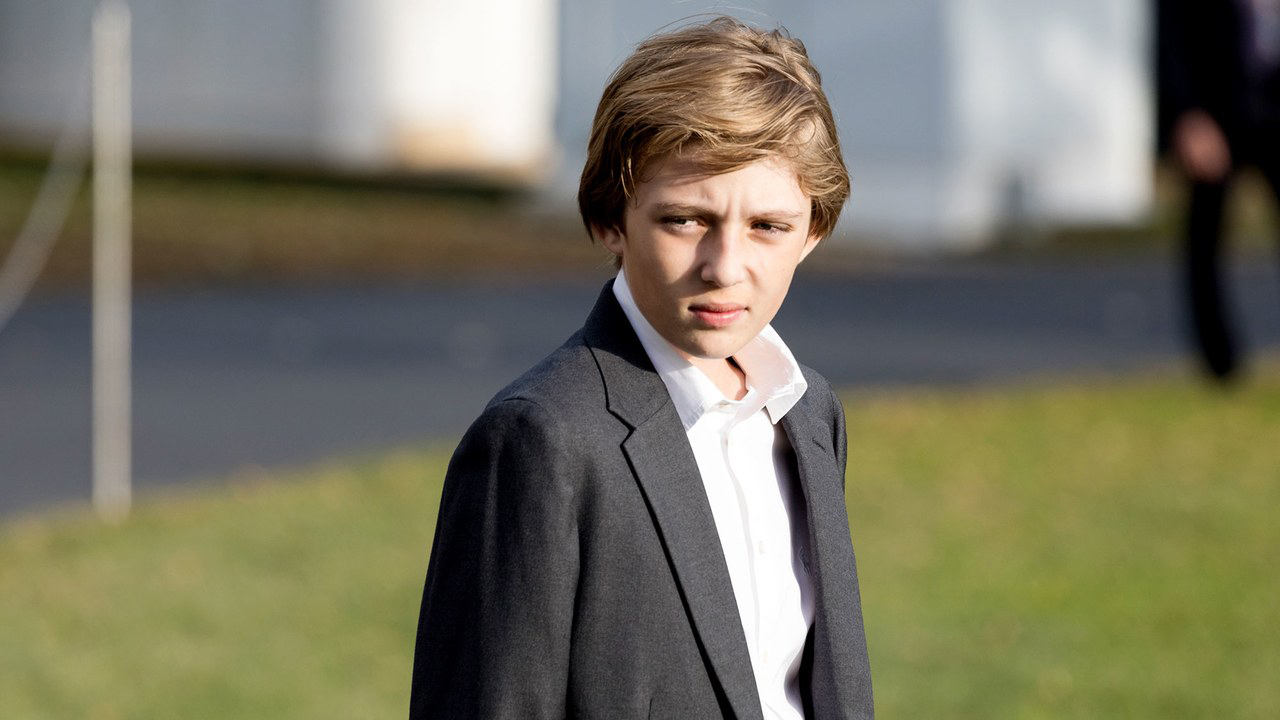 You are not going to believe what I came across recently. Like any good news man, I have people going through the White House’s garbage looking for scandals, crimes, blackmail attempts and boudoir photos of Putin on horseback. Until recently, my crack squad of investigators hadn’t turned up bupkis, but now they’ve finally hit pay dirt! It appears the President of the United States of America has ghostwritten a middle school report about an important time in the history of the United States for his 13 year-old son, Barron.

If you saw Trump’s performance at the big Fourth of July party he threw for himself in D.C., then you already know how bad this report is going to be, but for those of you who missed it, our president told the world that there our soldiers took over airports during the Revolutionary War with the British and that our Army still uses the same tanks today that we had in WWII. His attempts to blame these errors on a teleprompter were unsuccessful, and it was clear that the president has a very strange concept of our nation’s history. You don’t have to take my word for it, though; read the school report and decide for yourself:

America the Most Greatest, Bigly.
A report by Barron Trump.

America is the greatest country the world has ever seen. It always has been and it always will be, even though it’s not as great as it used to be, which is why my dad is working to make America great again (MAGA!!!). Got it, cucks and libtards?

The reason why America is so much greater than everyone else is because we are better at business and making huge deals. It hasn’t always been that way, but my dad is doing some great things that have fixed this country after all of our historical mistakes. Why don’t you teach that to my classmates? They should be learning that my dad is a very stable genius and probably the greatest negotiator on the planet. Have you even been to Mar-A-Lago? It was a dump when my dad bought it for pennies and turned it into the crown jewel of the entire nation. You know they call it the Winter White House now, right?

No other country can touch us when it comes to guns, money, business, freedom or even hamburgers. McDonald’s Quarter Pounder with Cheese is like America on a bun, which is why my dad eats two or more of them almost every day. It’s a great thing to do and a great service to our young people who are just getting started out in the job market at places like McDonald’s and Burger King and are making incredible money. These kids are learning how to pull themselves up by their bootstraps like my dad did. I would tell them not to work at Taco Bell though; that food is Mexican and we just can’t trust them anymore. We have to keep MS13 out of our burritos!

I’m sure some of them are good people, but they just aren’t real Americans. Real Americans wouldn’t commit crimes or smuggle drugs and real Americans wouldn’t join violent street gangs like MS13 or Antifa to become hooligans, drug dealers and killers. Real Americans work hard, do good at sports, drive expensive cars, fly in private planes and helicopters, get all the young, hot broads they want and start successful businesses with small multi-million dollar loans that are totally legit and not from a family member or friend of the Russian President (No Collusion!!!).

It’s those successful businesses like my dad’s that have made this country great. When Alexander Hamilton invented the telephone 3,000 years ago, do you think he knew what that would mean for America? Did he know that Jesus would use his phone to talk to God or that someday Buzz Aldrin would use it to call NASA from a little planet known as the Moon? Do you think Alexander Hamilton foresaw us installing the tubes into his phone lines that turned his invention into the very internets themselves? What an incredible idea, right? I could have made a lot of money with an idea like that!

After the election, my dad put together a team of very bright (some might say genius) men and a few gals that pleased him to fix every mess that the presidents before me him like Obama made. These people have done seriously big things in their lives. He’s got a guy working in the Department of Defense that once lead a battalion for the Confederate States of America during the Civil War. Talk about history! I have My dad has him working on getting the Space Force up and running. He is a real go-getter and I think my dad thinks he’s going to be a huge, huge success. Bigly.

On top of creating the Space Force, my dad has already fixed healthcare, voting and the tax code. My His administration solved our immigration problems and restored freedom to our businesses by getting rid of pointless environmental laws that keep all of us from making more money. Have you even looked at the market lately? It’s going bananas for Trump my dad. America is GREAT once again thanks to Trump my dad and it doesn’t get more important than that! You are welcome, America!