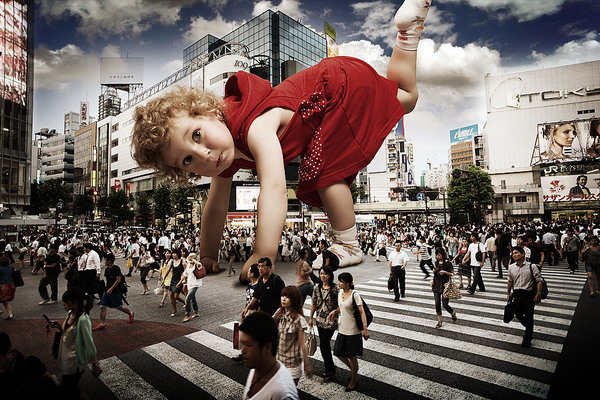 Something is happening right before your very eyes. It’s been going on for years and you haven’t even noticed, but babies are taking over the world. I couldn’t believe it at first myself. How could it be possible for a bunch of 12-pound, slobbering, incontinent, spotty haired and yet adorable babies to overthrow the governments of each and every nation in the world?

The first wave of the infiltration came in the mid-‘40s and lasted to the mid-‘60s. In the ultimate “fuck you,” they called themselves Baby Boomers. They came to blow us up and they weren’t afraid to tell us. Fortunately, the Baby Boomers were not as strong as they believed themselves to be and were unable to complete their mission.

Scientists have since determined that the Baby Boomers didn’t have enough McDonald’s and Carl’s Jr. to fortify their bodies against the superbugs of post-WWII Earth like today’s babies. Their failure to conquer the world still angers the Baby Boomers to this day and even leads to a retaliatory temper tantrum by a group of their ilk that nearly destroyed the world’s economy seven years ago.

When the Baby Boomers finally realized that their pint-sized overthrow was no longer possible, they took steps to ensure all was not lost and had babies of their own. They were called Generation X and, once again, their name suggested their strategy. Generation X wanted to “X” the rest of us out of existence so that they could rule the world without their parents and little kids around to kill their buzz.

When that didn’t work, those babies had babies like me and my friends. We are sometimes called Generation Y, which for me means, “Y are all of these babies out to get us?” I think it’s our job to put an end to this madness. Unfortunately, for some of my brethren, they don’t want to hear the message and are having babies now, too.

We have every reason to be afraid. This fourth generation of baby is far superior to its predecessors. Baby 4.0 is very smart and very tough. By the age of one, they know sign language, how to say “O,” can push each other around in toy cars and even do karate chops. I’ve observed these behaviors myself in training camps across Northern California, otherwise known as single family homes, and can confirm that these mini-menaces are out to kill us.

Today’s babies are genetically engineered to be soldiers. Note how they take big marching steps when they learn to walk. They were already masters of the belly crawl before that. When you consider their copious amounts of extra baby fat, there is no doubt that barbed wire will be ineffective against them. Worse yet, if Republicans get their way, we may soon be arming fetuses with assault rifles to protect themselves against abortion. How will we ever stop an army that has literally been training since conception?

So we know they are strong, but just how smart are they? We need only look to Hollywood to find our answer. The 1989 masterpiece Look Who’s Talking was the first film to expose babies’ ability to communicate with one another telepathically. Ten years later, the highly acclaimed documentary/exposé Baby Geniuses exploded onto the big screen and solved another piece of the puzzle. The film showed these super babies in captivity where scientists were holding them for observation to determine the level of threat they posed. The filmmakers also ended up capturing the infants’ spectacular escape. No one knows what happened to those escaped baby geniuses, but they are undoubtedly trying to have babies themselves now and who knows what those kids will be like!

If it’s as bad as I think and we are conquered, we will all be at the mercy of Princess Emma and Baby Julius. We will be forced to hand- or breastfeed them, wipe their butts and change their diapers. We will have to read them their favorite books over and over and watch the TV shows that they want to watch. If the babies want to play trucks instead of Lego, you better damn well play trucks! In exchange all we get is unconditional love and the opportunity to witness one of life’s miracles first-hand. What a rip off!

Consider this a warning. We have a duty to act. I’m doing my part by providing you all the intel I’ve managed to gather on this threat. I cannot tell you how many belly zerberts it took to get it all. My lips are still numb, but I thought it was important. If super-powered, military-trained, evil genius babies are plotting to take over the world and enslave us all, I think we have the right to know about it before it’s too late to formulate a plan. We aren’t just going to kissy face our way out of this mess!