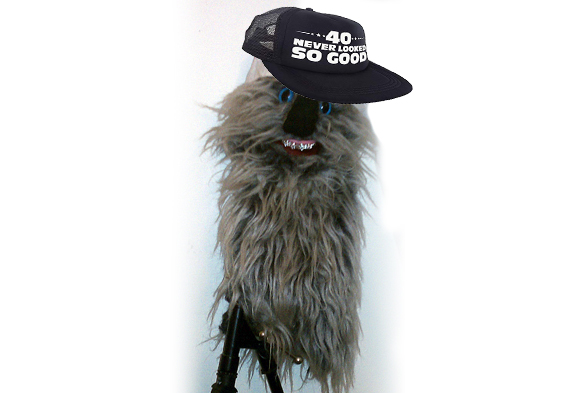 My dear readers … I have not been completely honest with you. I’ve presented myself as a member of your community, one of your tribe. But it’s all been a lie. I didn’t originally come here to entertain you every other week with witticisms that can sometimes seem out of this world. I came here to escape a cruel system on another world; the witticisms I brought with me were a bonus.

Right now, you are probably pretty confused, which is a writing trick I was taught by one of your fellow humans when I first arrived. When writing for an audience, I’m supposed to get you hooked by tantalizing or confusing you. Your brains love that kind of shit, but I digress; I came here to finally tell you the truth and so now I will.

Forty Earth years ago, I was born on the planet Dyelan in the city of Dyelan to a lovely three-eyed, green mother named Friga and a purple spotted chap whom people affectionately referred to as Dirg. I lived there to the age of 25 before escaping to Earth 15 years ago, where I have remained in hiding ever since for reasons I am about to explain. This is my story.

The planet of Dyelan is a strange place. Much of the surface is covered in volcanoes that spit hot fire from time to time, leaving very little land to actually live on. Eking out a living is hard when magma covers most of everything, but most Dyelanians don’t need much to survive, and we love to share. We are peaceful creatures, more prone to sleeping than fighting, really. We enjoy good food, good conversation and good music above all else, but we have a dark secret that no one likes to think about or discuss on Dyelan. It’s that secret that forced me to come to your planet and stay hidden as a human for all these years.

To put it simply, I would have died if I stayed. No one on Dyelan lives past the age of 30. It’s not like our natural life expectancy is 30 years or anything either; no one is allowed to get older than 30. You see, on Dyelan, we don’t have many rules, but we do have one big one: In order to provide Dyelanians with enough land for everyone, we must sacrifice our lives at the age of 30 for the common good. On your 30th birthday in Dyelan, you are taken to an auditorium where you enter an arena to float to the ceiling and let a bright light disintegrate your body.

It’s very similar to the concept of “Carousel” in the 1970’s sci-fi classic, Logan’s Run, but on Dyelan, we call it, “Merry-Go-Round,” instead. Most Dyelanians these days think it sucks, but what are ya gonna do? Sure, we’ve since learned how to travel to other planets and created the technology to look like the creatures we visit, but tradition is tradition and many Dyelanians have a hard time getting past that. Well, that and the light that bursts our bodies to smithereens when we turn 30. The rule was the rule and that’s how it always was going to be until I decided to leave.

I am the first and only Dyelanian to live past 30. When my time started getting close, I decided I wasn’t done yet and started putting an escape plan together. I underwent space flight training, became a pilot and took delivery jobs around the galaxy to learn all the possible routes for my escape. On my 25th birthday, I celebrated with friends and left in the middle of the night without ever saying goodbye. It was a hard thing to do; Dyelan was something of a paradise and no one had moved away before, but I’d be dead in a few years if I stayed and couldn’t afford to have anyone find out where I was going. With a tear in my eye, I set my nav system for Earth and prepared for my new life here.

It took a few years to get here, but once I did, I got myself a job that fit my former lifestyle and started as a writer for Submerge Magazine. I’ve had to keep my secret this whole time to prevent my whereabouts from being discovered. If the Dyelanians had found me, it would have meant certain death. This would be a painful, agonizing death the likes of which you couldn’t possibly imagine, but thankfully, I don’t have to worry any longer.

Though it has never been properly executed in the history of my planet, the rule has one caveat: If a Dyelanian is able to avoid the “Merry-Go-Round” and live to the ripe old age of 40, they will no longer have to die. Some have tried to do it, but none were able to escape their fate; they all eventually faced the “Merry-Go-Round” before their 31st birthdays. Well, I am proud to say that I have done it, my friends. I officially turned 40 years old this month, and though my body has been ravaged by the passage of time, it has not faced disintegration by death ray. While I could go back, after all of these years, Earth feels more like home than Dyelan ever was. If it’s cool with you guys, I think I might stay for awhile longer.