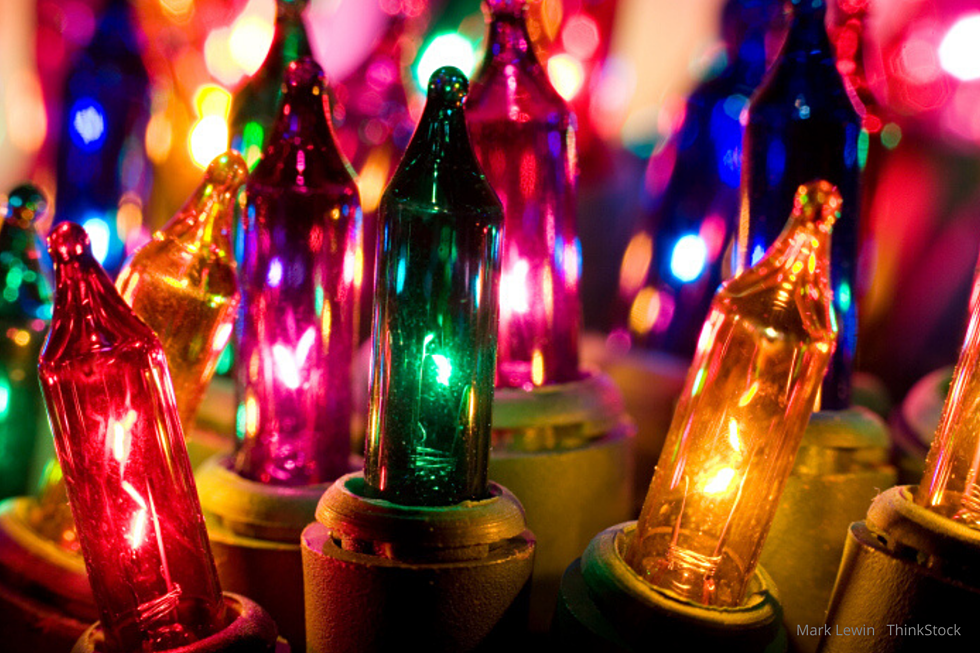 In the immortal words of the Peanuts, “Christmas time is here!” The holiday has officially disrupted our lives once again with its bright blinking lights and crowded shopping malls filled with crazed parents. Despite the problems it brings, I am still a sucker for Christmas and love seeing the traditions of this holiday on display.

While getting into the holiday spirit this year, I realized that I hadn’t thought much about where these traditions came from or why we continue to celebrate them today, so I decided to look into a few. What I discovered was both amazing and insightful, and I don’t think I’ll ever look at Christmas in the same light again. Perhaps you will feel the same after you hear where some of your favorite Christmas traditions come from.

You know it’s Christmas when strings of lights start appearing from the eaves of your neighbors’ homes, but do you know why we bother to hang lights in the first place? Like De Beers’ connection to diamonds and engagement rings, in the early days of the national electric grid, power companies invented electric Christmas lights and sold them at a low cost to their existing customers as a new and exciting way to celebrate the holiday. These same power companies colluded to keep prices low until the trend caught on and that’s when they nailed us.

Those lights aren’t twinkling as brightly anymore are they?

The origin of one of our weirdest traditions—hanging stockings—isn’t quite as sinister; it’s actually more of a big misunderstanding. In one of our earliest moments of cultural appropriation. When mass groups of Europeans were immigrating to this country, the rich people that were already here took it upon themselves to see what kinds of traditions and food they could steal from the poor to make their own. Not understanding how poor people of the time actually lived, the rich folks assumed that the socks hanging over the fire during the Christmas season were meant to be filled with gifts instead of just being there to dry. The poor folks thought it was weird that the rich people kept putting things inside their wet socks, but they thought it might have just been a rich-people thing. Neither side corrected the other and that’s how we got here.

A lot of you are going to be upset with this next one, but we really missed the mark with presents. We’ve been filling laboriously wrapped boxes with beautiful objects to give to loved ones, friends and coworkers and calling it the spirit of the season, but if you knew the truth, you might not be so excited about this whole presents thing. In one of the lost and forgotten books of the Bible, the Gospel of Larry, we learn that when Jesus was 8 years old, he was given a beautifully wrapped box as a birthday present. The contents of the box were said to be worth untold fortunes and would have made Jesus and his family one of the wealthiest in Jerusalem.

But Jesus wasn’t interested in the contents of the box. He took the box filled with riches to the Mediterranean Sea and cast the contents of the box into the water where it has been lost ever since. After disposing of the riches, Jesus used the box to make a sweet sandcastle on the beach. After that, he took it home and turned it into a fort where no girls were allowed. Later it was a time machine, and after that a secret hideout. “It’s his favorite toy!” Mary would say nervously when friends visited, but it was true. The kid loved that goddamn box. Other adults didn’t, so we started putting stuff back into them again.

This last one really blew my mind. One of our greatest Christmas traditions of all time is leaving out cookies and milk for Santa. When I was a child, I used to wonder how Santa could possibly eat all of those cookies and drink all of that milk. Being a little older now and a longtime fan of cookies, I could see how Santa might be able to eat a lot of cookies, but as a lactose intolerant person and a follower of science, I know he couldn’t possibly drink all of that milk. If you drink more than a gallon of milk in an hour, you are going to throw up. Google it!

The problem is we’ve never found evidence of Santa throwing up milk all over town after Christmas. There is also no way he would be able to squeeze down all of those chimneys with a belly full of milk and cookies either. The more I thought about it, the more suspicious I became that this was an inside job. How could one person eat cookies and milk at every house he stopped at when there are millions of homes to visit in one night? It just doesn’t seem possible. That’s when I came to a realization that my parents have been eating the cookies and milk this whole time. They lied and called it a tradition, but really, my parents just liked cookies and milk. Now what kind of bullshit is that?