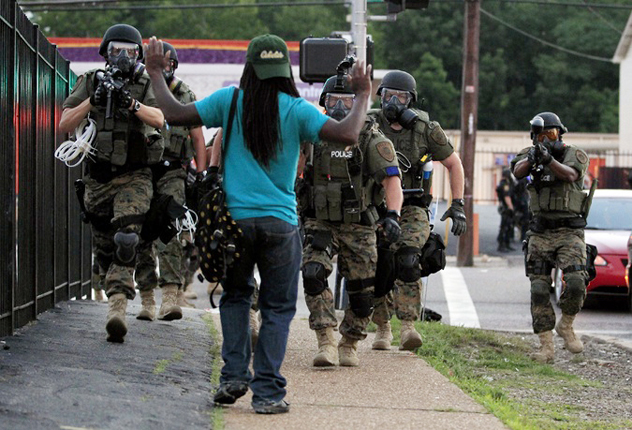 Police officers of the United States: please stop killing black people! This has gone way past being an epidemic. Michael Brown and Eric Garner are only the latest in a long list of young black men killed without cause by the police. The problem isn’t restricted to any particular region of the country, either. These murders are taking place nationwide on a regular basis.

Now, I’m not a big fan of the police. I understand that a police force is necessary, and I don’t think all cops are bad, but why do the rest of them have to be such assholes about it? The cops I don’t like sneak around and trick people into admitting things that aren’t true and then get rude and abusive when called out on it. They shoot people for walking down the street. They cover up for other bad cops and do shitty police work that leads to wrongful convictions and lack of punishment for themselves and their fellow officers. I guess no one told those cops that the laws apply to them, too.

I’m sure being a cop can make some people feel above the law; it’s no surprise, really. The War on Drugs, and subsequently 9/11, has turned your local police department into a paramilitary operation. A modern police force might have tanks, armored troop carriers, helicopters, Hummers, drones, robots, fully automatic assault rifles, night vision goggles, silencers and grenades (of the flash, smoke, tear and explosive varieties), sometimes with launchers. They even have camouflage uniforms to put on when they play soldier with their sweet toys!

Cops can barely use the basic tools we give them; do we really need to provide them with tanks? As we’ve seen in Ferguson, Missouri after the death of Michael Brown, and at UC Davis during the Occupy protests, cops are tear-gassing and pepper-spraying peaceful protesters like it’s Axe body spray. The NYPD doesn’t even need weapons to hurt people. They choked Eric Garner to death for selling loose cigarettes in the park and managed to almost do the same thing to a pregnant women for barbecuing chicken on the sidewalk in front of her house.

Somehow, the government saw all of that and decided that our cities’ problems would be best solved by giving the police a Mine Resistant Ambush Protected (MRAP) vehicle, a grenade launcher and a couple of drones from Army surplus. The Davis PD managed to get its hands on one of the MRAPs, undoubtedly to put a stop to all the wild shootouts that keep happening there. Sacramento surely needs its own MRAP, as the unused landmines meant for the Davis PD have to go somewhere. 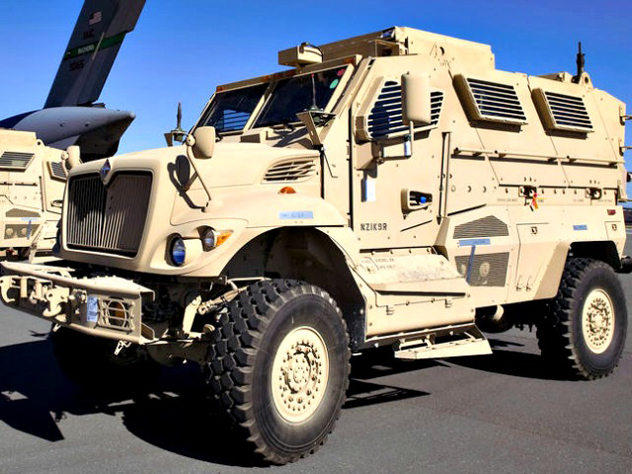 Giving military-grade equipment to police seems like an odd choice. The role of the military is to defend us from foreign threats and sometimes attack other nations in the name of democracy, natural resources or revenge. Police, on the other hand, are supposed to be here to protect us from other people in our cities, most of whom are U.S. citizens with constitutional rights. Their goal should be justice, but not necessarily justice at all costs.

Cops should be there to calm things down, not escalate the situation until someone ends up dead. The rules and methods applied in Chicago and Detroit should not be the same as those used in Iraq. If those kinds of tools and techniques are needed, then your city’s problems are beyond the scope of guns and tanks.

Those in charge of the police don’t seem to get what’s happening in the streets. They institute policies like stop and frisk, which encourages racial profiling and leads to unnecessary arrests for low-level drug offenses. That in turn eliminates future education, work and housing opportunities for that individual, keeping them trapped on the streets, struggling to get by until they are arrested again.

These sort of “Broken Windows” policies don’t address the underlying problems at the root of the crimes they seek to punish. They merely help perpetuate the existence of racial and economic inequality for generations and generations of disenfranchised minorities. We should be trying to lift up these people, but instead police make sure that nearly half of all African American men find themselves face-down and under arrest by the age of 23. How is that better for our cities?

There are plenty of things that police can do to make our lives significantly better. For starters, cops can end their reliance on racial profiling to justify stop-and-frisks and other attempts at detainment. Instead, police can reach out to community leaders in high crime areas to work, along with the city, on ways to fix problems that don’t involve locking everyone up. Throw in a ban on chokeholds, excessive use of pepper spray and tasing of anyone younger than 16 and older than 60, and things might actually start to change for the better.

At the end of the day, we all have to live together. That means the police force shouldn’t be pitted against the very people they are meant to protect. We want to be able to look to police for help, not have to run away in fear when they are close by. Most of us aren’t wild animals that need to be put down or locked in cages for the slightest offense. We are regular people that need your assistance from time to time. Please stop killing us!